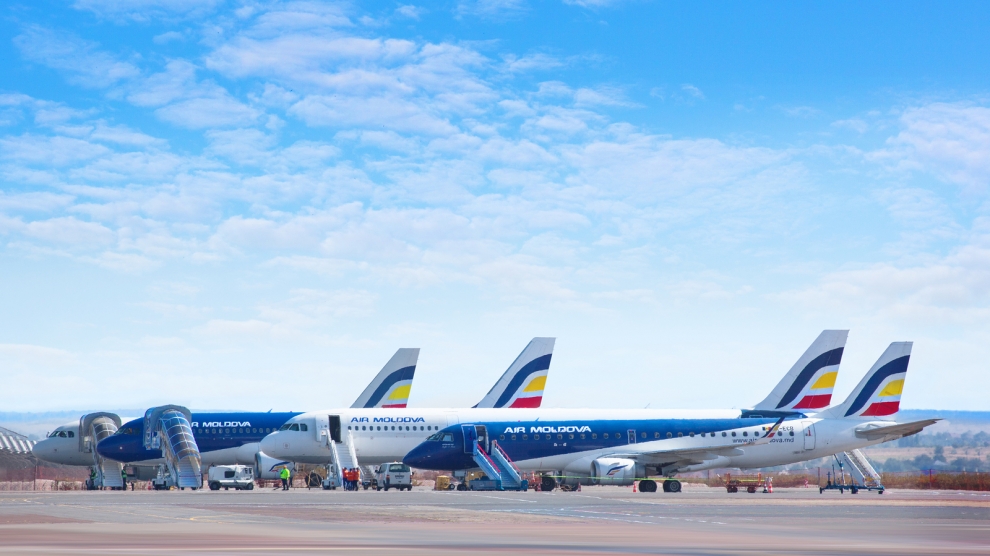 The swift removal of Maia Sandu’s coalition has alarming implications for Moldovans—as foreign investors evaluate whether they want to do business with President Dodon and his ‘transitional’ government.

On November 13, the sixth edition of Moldova Business Week – described by the country’s government as “the most important economic event in the country” – kicked off to shaky applause.

Billed by State Secretary Tatiana Molcean as an event which would promote Moldova’s “objectives of economic diplomacy, advancing key reforms, stabilisation of the economy and the consolidation of a rule-based business environment, as well as diversification of markets for national products and services” the timing was awkward. The previous evening, Moldova’s pro-European Prime Minister Maia Sandu has been deposed in a vote of no confidence – which stemmed from a dispute with President Igor Dodon over the appointment of a prosecutor general. Moments before her dismissal, Sandu accused her coalition partner and his allies of fearing her determination to make judicial appointments which would “send thieves to prison, rather than execute political orders.”

In just five days, Moldova’s fortunes have changed very suddenly indeed. Dodon and Sandu were welcomed into office with general good will from Brussels only just five months before. The coalition between Dodon’s pro-Russian Socialist party and Sandu’s still relatively young pro-EU ACUM Bloc seemed a government that both East and West could happily do business with. At a United Nations assembly meeting earlier this year, President Dodon re-iterated Moldova’s neutrality, in a business friendly tone, telling delegates, “I make use of every opportunity to request the de facto recognition and observance of my country’s neutrality status, which is also enshrined in our country’s constitution. We do not want to be treated as neutral territory anymore; this is something different from a neutral state.”

This read as a call for Moldova to be treated as a sovereign state like any other, rather than being either ignored or used as a geopolitical football. In essence, this seemed a reasonable request given the country’s geographical and political position between Europe and the Russian Federation.

The coalition’s five months in office did bring positive signs. At first. Oligarchs withdrew from the country, creating a brief window for change, but that window was not used. Only 36 of the 61 lawmakers who voted for Sandu’s dismissal belonged to the Socialist Party, with the remainder comprised of parties controlled by the political funders who fled Moldova. As Moldovan Business Week commenced, President Dodon had already suggested that almost half of the country’s ministerial positions be filled with former presidential advisors. Approximately 24 hours after Sandu’s dismissal from office, Ion Chicu – Dodon’s choice as a technocrat prime minister – had been agreed by parliament. Mr Chicu is a former advisor to the president, and served as finance minister under the previous government.

Reforms laid out since the power-sharing deal began in July had been met with quiet optimism by the European Commission’s Association Implementation Report, though they acknowledge that in practice little in the way of tangible results can be seen on the ground. There are definite echoes of the promises of imminent change made repeatedly since Moldova’s 2009 admission to the Eastern Partnership Programme – which were always predicted to be imminent by the European Commission – yet never quite came to fruition.

The EC’s report urged “rapid action” in implementing reforms this time, but no such action seems to have occurred. In fact, some outside investors, including NR Investments (NRI), who operate the concession for Chisinau International Airport, are already threatening legal action to defend their legal ownership of their entity, under the 2007 Cyprus-Moldova Bilateral Investment Treaty, citing “political persecution” by factions close the president as the grievance that will lead them to litigate. It has been alleged by some media sources that the president took steps to ‘nationalise’ NRI’s assets so that they could be re-privatised by Russian businessman, Roman Trotsenko.

President Dodon alleges that the sale of the concession to the previous owner, Avia Invest, is null and void – calling it “a criminal decision” by the previous government and listing instances of wrongdoing at the airport. The president claims there are sufficient grounds to declare the contract null and void and take the airport back into government hands. The term ‘nationalisation’ has been employed to great affect by the president who has – as yet – failed to clarify the meaning of the term. Prior to NRI’s involvement, Avia Invest had certainly been suspected of wrongdoing around the transparency and structure of its shareholders, with questions raised concerning the 2013 concession agreement. The previous government also considered terminating the contract in 2015 at the insistence of the CNA, Moldova’s anti-corruption agency. However, the supreme court has ruled the contract valid, and NRI’s acquisition of the asset legal under new ownership terms.

NRI are now prepared to defend their claim in court, a decision which former PM Sandu warned would be very expensive, as government investigator Igor Munteanu agreed. While they would rather avoid arbitration, and have reiterated their preference for dialogue, NRI, like all foreign investors, now face a president who is impervious to negotiation. As failed litigation with Le Franck over duty free concessions showed, Dodon was more than willing to lose millions of dollars in taxpayer funds.

What is striking about this situation is that this purchase is still new – mere months old – which, on the surface at least, removes the main bone of contention. The deal was struck with consultations with key stakeholders, including the then-incoming PM, Sandu, who seemed supportive of NRI’s plans to further develop the airport which saw over 2,800,000 passengers last year. Put in context, NRI have promised at least 79.2 million US dollars in direct investment by the end of 2019. When compared with the country’s total inward investment of 330 million US dollars in 2018, and the EU’s budget support this year of just north of 49 million US dollars this seems to be an odd form of abuse. It remains to be seen whether the technocrat prime minister Ion Chicu will be as amenable to reason as Sandu was. Yet the European Union’s immediate condemnation of Dodon’s behaviour and reference to budgetary support payments already places strain on the president, as this vital EU lending only re-commenced weeks ago.

This is all set against a backdrop of key infrastructure concessions, such as Giurgiulesti, owned by Thomas Moser, which constitutes the country’s only port accessible by sea-going vessels—which, like Chisinau International Airport, is already being threatened by other major infrastructure projects that are apparently being awarded to companies owned by Russian oligarchs.

The vote of no confidence in Sandu’s cabinet, the swift installation of an amenable prime minister and destruction of a coalition that sought balance for all – including both electorate, and the business community – leaves Dodon with real questions to consider. The European Union will cease budgetary support payments should Dodon deviate from the reform path, as prospective replacements for European Commissioner Johannes Hahn were swift to indicate.

Moreover, foreign concessionaires will have recourse to legal action should their assets be threatened, and have sufficient capital liquidity to act on that threat – liquidity Dodon lacks. Moldovan Business Week will sadly be synonymous with threatened litigation against a country that knows a crook is a crook, whether he is ‘European’ or ‘Russian’. We want equal treatment for all, and no longer want to look to Brussels or Moscow, but have little choice but to do so, when our ineffectual and corrupt elite cast lots for our future, via doomed deals cut in shady rooms.

Sandu’s final words to the deputies who dismissed her, were [that] “The power of this government is in the people. These people brought down a dictatorship. They will take down anyone who violates their will.” Dodon – who has been unsparing in his praise for both Aleksander Lukashenko, and Viktor Yanukovych – would be wise to heed her words.

This opinion editorial was co-written by Andrew Hunter, a freelance journalist and editor, with proven research interest(s) in judicial reform, human rights and combating corruption in the CEECs and Eastern Europe.

Carrying out successful reforms: The Azerbaijan model
Kazakhstan is heading towards the front of the emerging economies pack
Comment