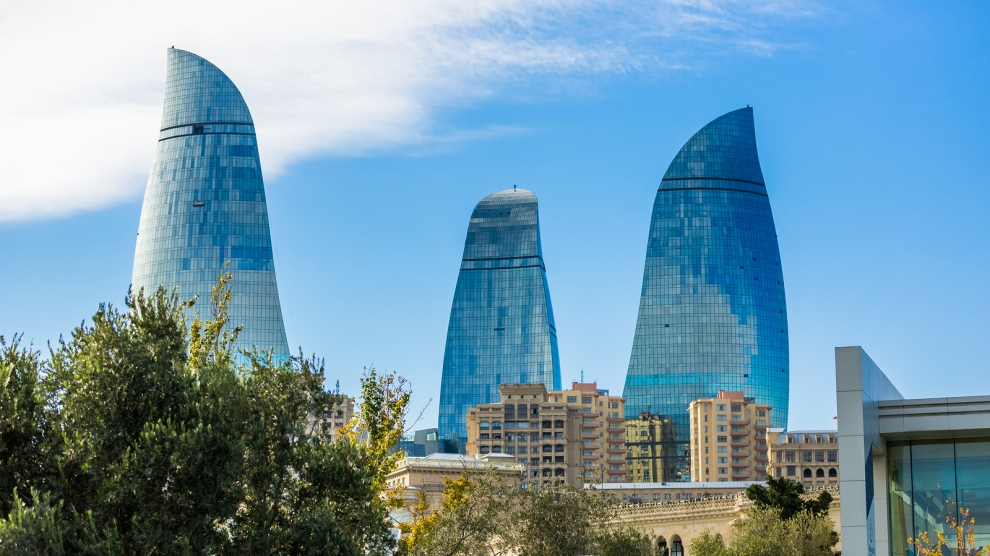 Ayaz Museyibov
Centre for Analysis of Economic Reforms and Communication

Thanks to the political stability, a favourable geographical location, rich resources of fossil fuels and investment opportunities, Azerbaijan has historically been at the centre of attention. On the one hand, with the Contract of Century signed in 1994, the country stepped into a new stage of development and managed to maintain friendly relations with many international, regional organisations and neighbouring countries.

On the other hand, the country was exposed to a long war with Armenia that occupied 20 per cent of the territories of Azerbaijan and caused one million Azerbaijanis to become IDPs and refugees. However, all these developments and political unrest in the region could not keep Azerbaijan from achieving sustainable development. Following the political stability achieved in the mid-1990s, the country has managed to secure oil and non-oil sector development via sustainable economic reforms and policies aimed to diversify the national economy.

However, since 2015, Azerbaijan has faced new challenges stemming from the high volatility of crude oil prices all over the world. As a response to these challenges, the government of Azerbaijan defined new objectives for strategic reforms.

The new model was built upon the local conditions and challenges to contribute to the future sustainable development of the country. For this purpose, reforms in Azerbaijan were modeled based on two mechanisms.

The first focused on developing 12 key sectors of the country, while the other involved complex measures to improve the business environment. On December 6, 2016, the President of Azerbaijan Ilham Aliyev approved Strategic Road Maps, documents that set development objectives and systematic actions covering areas such as finance, agriculture, tourism, transport, logistics and communications.

As part of this reform agenda, the president established the Centre for Analysis of Economic Reforms and Communication on April 20, 2016. The main objective of the centre is to conduct monitoring, evaluation and communication activities related to the activities under the reform programmes, to conduct macro and microeconomic analysis and surveys to ensure sustainable economic development of the country. Moreover, on July 13, 2016, the president signed an executive order to establish a Commission on Business Environment and International Rankings.

These developments together served to build the framework of the Economic Reforms Governance Model (model) for the business reforms initiated by the country. At the heart of the reforms pursued within this model stood the efforts to create more attractive business and investment opportunities. It aimed to upgrade the business environment in line with best international practices, to further develop public-private dialogue and free competition mechanisms, and to increase efficiency, accountability and transparency. One of the milestones was reducing the role of the human factor in public-private partnership and increasing electronic services that were in line with international standards.

The achievements made by the model were welcomed in the reports of a number of international agencies and organisations. According to the Doing Business report published by the World Bank, Azerbaijan has progressed from 80th place in 2015 to the 25th in 2019. That report ranked Azerbaijan as one of the “top 10 most reformist countries in the world”, which achieved a record performance following successful reforms in eight key sectors of the economy.

On the other hand, the Economic Freedom report by the Heritage Foundation showed that Azerbaijan has progressed from 91st place to 60th during the period when the model was introduced in the country. According to the Tourism and Travel Competitiveness Report by the World Economic Forum’s, in 2019 Azerbaijan progressed from 57th place (the country’s ranking in the last year’s report) to 28th in a business enabling environment for tourism. Based on the progress made, Azerbaijan has been rated as “the most prosperous country for the business environment in the tourism business”.

The model supports the principles of digital government, an approach that shows how the government will achieve good governance and its goals, accomplish its targets through the best use of information and communication technologies.

Examples include the decision to introduce an online mechanism for the issuance of excerpts from State Real Estate Register Service, fully eliminating the issuance of hardcopy excerpts, to improve and digitalise VAT refund administration, as well as to launch electronic filing system for getting electricity, and electronic court system.

Azerbaijan has made significant changes in getting credits and ensuring accessible financial resources for everyone. In just over a year, three major credit institutions – credit bureau, collateral registry for encumbrance of movable assets and credit guarantee mechanism – started to operate in the country. The implementation process taken under frame of the model has played a special role in the creation of these institutions.

Many countries, especially emerging economies, face challenges in the reform processes because of the high costs and resources required which may sometimes lead to failure to complete the reform process. Emerging nations, particularly young states in the process of developing a public administration system face another significant problem: a lack of effective coordination and communication of business reforms. Since the model introduced by Azerbaijan does not require huge financial and other resources, it could serve as an optimal solution to the challenges mentioned above.

Another strength of the model is that it is based on the ‘open-round’ reforming model. It allows reform cycles to be realised via top-down and bottom-up initiatives available at international best practices, and there is an opportunity for third parties to engage in business reforms regularly. There are special mechanisms that allow citizens to submit their proposals, comments, or objections to new initiatives and attend meetings of the working groups. This process is run via a Digital Calendar section available on the website (www.azranking.az), the working group meetings are scheduled monthly and the public is informed in advance on the agenda of the meetings, list of participants and other details.

The primary goal here is not only to attract foreign investment by improving the country’s position in international rankings, but also to achieve key economic development indicators aligned with the best practices, using international rankings as a beacon in this regard. The benchmarking system launched on the website (www.azranking.az) also offers unique opportunities for countries seeking to pursue economic reforms. This tool allows benchmarking among 190 countries on multiple indicators, which is also another important aspect to identify the focus of potential investments and reforms. This system, which allows comparison of countries on an individual and group basis, as well as for different years, differs from the analogous approaches in terms of its well-grounded functionalities and capabilities.

In the end, the post-crisis recovery of the country’s economic performance following the decline in global oil prices, is positively forecast by international institutions (the World Bank, the International Monetary Fund, etc.). The country’s reliance on international values in its reform initiatives, as well as the transmissibility and applicability of the model testify to the fact that it could be easily applicable to other countries, being an ideal option for emerging economies and resource-poor countries.