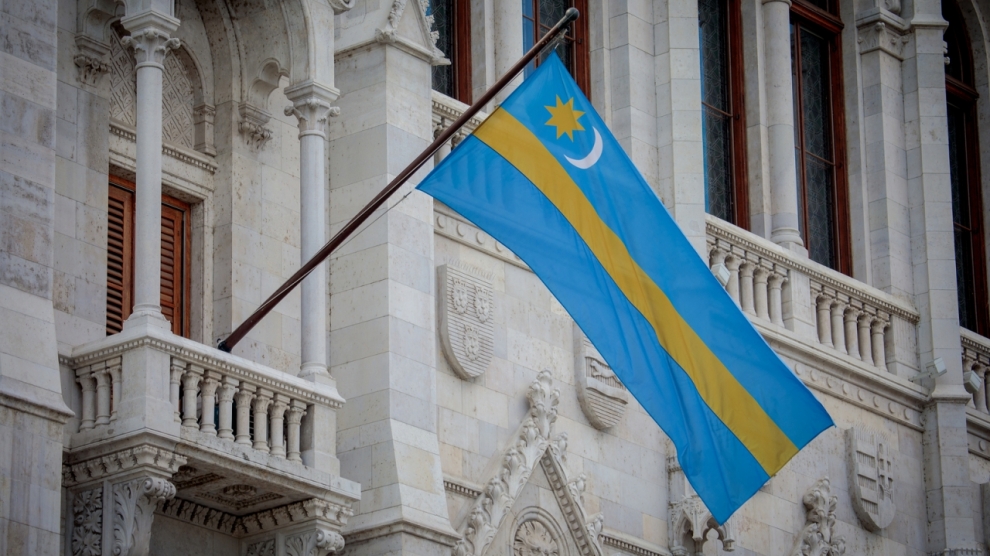 There is much talk in Europe at the moment about the potential spread of separatist movements, a consequence of Catalonia’s referendum on independence. A number of maps have appeared on the internet pointing to various regions which may be next in line. The spectre of disintegrating states haunts some European Union states and is perceived (or instrumented) as a threat by others. In the eastern part of the EU, there is much talk about the case of the Silesians (some even mention the Kashubians) in Poland, the Hungarians of the Székely Land in Romania and Slovakia, Moravians in the Czech Republic, Russians in Latgale (Latvia), and the historical region of Samogitia in Lithuania.

Take it from Moscow: as Russian MP Aleksey Pushkov said a few weeks ago, Kosovan independence set a precedent and opened Pandora’s box. Catalonia is a direct consequence and the present-day prospect of further independence movements is all of Europe’s own making.

But are we really faced with such a ‘danger’? In central Europe at least, I would argue not. What we may expect, however, is a call for more decentralisation and autonomy within existing states.

These regional movements are not new Catalonias. Even if some of them, such as Silesia or Székely Land, have experienced periods of self-government in the past, they all lack autonomous institutional structures and resources capable to conduct a region-wide referendum. Central European states all fiercely resist any devolution of powers towards ethnically or historically defined regions for fear of future secession. No regional party or movement advances independence claims in such a context. Whatever the ambitions and even some electoral successes made by regional ethnic entrepreneurs, the support for separatism is low, at best.

The most vocal movements are currently in the regions of Silesia and Székely. The Silesian Autonomy Movement is highly active and visible in the public sphere, and just 8.5 per cent of votes in the 2010 regional parliamentary elections (compared to 4.35 per cent in 2006). The Hungarian People’s Party of Transylvania (PPMT) competes with Democratic Union of Hungarians in Romania (UDMR) for this particular minority’s votes and would like to establish a Hungarian majority autonomous province in Székely Land. So far, the more accommodating UDMR has come out on top, winning 2,284 seats in local councils and 95 in county councils compared to 207 and 6 respectively for the PPMT in 2016’s local elections.

The – not very surprising – fact that Brussels completely ignored Catalonia’s claims for independence (when not backed by Madrid) does little to encourage separatist movements. Even the United Kingdom, with its huge economy, has been forced to enter harsh negotiations with the EU over the terms of Brexit. Any move by eastern European regions to leave a member state would require negotiating deals with Brussels from a far weaker bargaining position.

Besides economics (investments, regional funds and so on), the European historical and/or ethnic regions benefit from being part of the European political arena. Along with Catalonia, Scotland, the Basque country and other regions, all the central European ‘stateless nations’ I have mentioned are part of the European Free Alliance (EFA) and are represented in the European Parliament. This allows regional entrepreneurs to make alliances that put external pressure on domestic politics, according to the so-called boomerang effect.

A Europe of the Regions

The EFA and its members support Catalonia. François Alfonsi, president of the EFA, welcomed the “newborn Catalan Republic” and pleaded EU institutions to open up a process of “internal enlargement” (newborn states would automatically become members of the EU). For Alfonsi, “the dream has become a reality for all [stateless nations] who aspire to a Europe of the Peoples.” This is in line with EFA’s objective to provide nationalism and regionalism with political structures that would challenge – without necessarily eradicating – state structures. A ‘Europe of Nations’ would be composed of multiple, fluid and functional jurisdictions organised along ethnic lines. A ‘Europe of Regions’ would be composed of historic regions each retaining most cultural, economic and political competencies, based on the subsidiary principle.

The case of Catalonia may be helpful to the cause of regions and stateless nations. If Barcelona manages to get a better deal with Madrid as a result of the referendum, despite alleged legal and procedural shortcomings, the clamour for independence and unilateral referenda may indeed spread, as a way to pressure central governments. In sum, the Pandora’s box of separatist claims might be ajar but the need for internal enlargements is not.

The separatist movements that we should be observing closely are in fact on the other side of the European Union’s border. Supported by Moscow, Gagauzia and Transnistria in Moldova, Donetsk and Luhansk (and even Transcarpathia) in Ukraine may further destabilise the region. The external Russian factor also plays out, however, in Latvia, where the Latgale region is seen as a potential Crimea (this also applies to the north-eastern region of Estonia, inhabited mostly by ethnic Russians). Manipulation of its external minorities by Moscow fuels the fear of separatism and – whatever its real potential – this alone presents a sceptre for the EU.