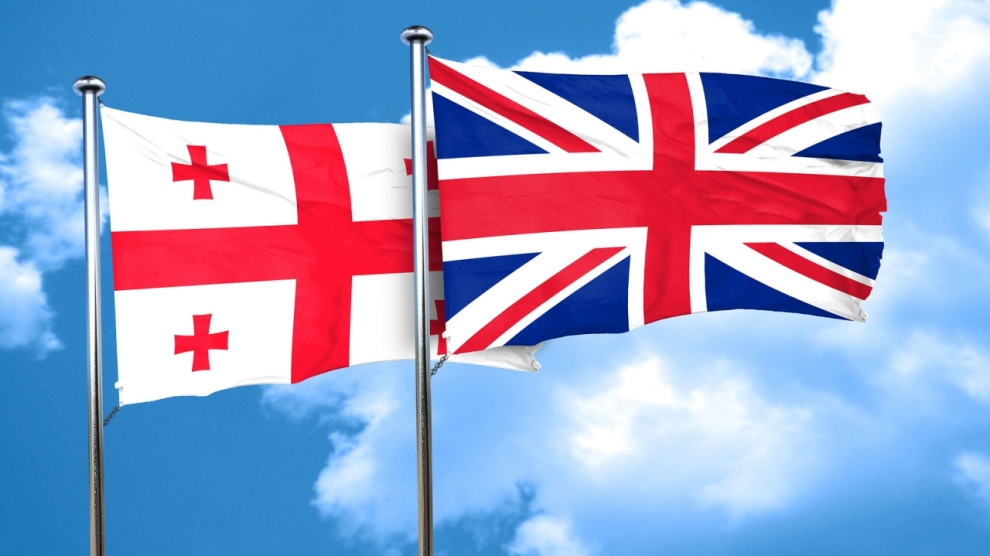 With 2017 marking 25 years since the re-establishment of diplomatic relations between Georgia and the United Kingdom, we are happy to celebrate the anniversary as strategic partners, committed to further deepening and widening our cooperation in all fields.

Our nations share common values, and a vision of freedom, democracy, pluralism, free trade and a liberal economy. The UK is a staunch supporter of the sovereignty and territorial integrity of Georgia, as well as its European and Euro-Atlantic aspirations, the civilisational choice of Georgian citizens.

During last two decades the European Bank of Reconstruction and Development (EBRD),  the largest institutional investors in the emerging Europe region, based in the UK, has played an important role in the growth and development of Georgia’s economy, improving the business environment, financial sector and infrastructure. As EBRD President Sir Suma Chakrabarti said: “Georgia is leading the second wave of countries moving into the western economy.”

Today’s Georgia is no longer a post-Soviet country. We are an eastern European democracy, a role model in the region and we are proud of our achievements: the EU Association Agreement, free trade and visa-free travel with the EU, close dynamic cooperation with NATO, a contribution to global peace and security in Afghanistan and Central Africa. Our strategic location, liberal trade regime, low taxes and corruption-free attractive business environment make Georgia a new regional frontier for investment opportunities. Along with other high rankings, the World Bank’s Ease of Doing Business 2018 ranks Georgia 9th amongst the world’s 190 countries.

As a natural hub on the Silk Road we bridge countries and regions with free trade agreements (with the EU, CIS, Turkey and China) and modern infrastructure to facilitate the flow of all kinds of goods and services, data, energy, talents, even fashion. This year Georgia welcomed 6.5 million visitors – almost double the country’s population! And it is just the beginning. Georgia has lots of to show and share.

Today, Georgia and the United Kingdom are genuine and worthy partners in many areas of bilateral cooperation: Our soldiers train together to secure peace and stability in different parts of the world through NATO and other international missions; We enjoy active cooperation on global issues from security to counter terrorism and cybercrime; Our partnership embraces the promotion of democracy and good governance; We contribute to the European Energy security through 20 years of exemplary cooperation with British Petroleum, particularly with the new 40 billion US dollar Southern Gas corridor pipeline project.

The UK is already the one of the largest investors in Georgia, and bilateral trade is increasing steadily. Contacts between our societies are flourishing, including in the field of education, culture, tourism and sport (rugby diplomacy is already an important part of our agenda). The twinning of cities: Tbilisi and Bristol, Newport and Kutaisi have closely collaborated for nearly 30 years, Newcastle and Akhaktsikhe have also started interacting. There indicators look good, including a 40 per cent increase in visitors to Georgia from the UK in 2017, with recently launched direct flights further facilitating people-to-people, trade and business contacts.

As Britain will forge a new positive role in the world, Georgia is ready to use every opportunity to further enhance our strategic partnership. Georgia, like the UK, is a strong believer in the power and benefit of the free trade. While Britain is going to build new trade and commerce ties with partners globally, Georgia is ready to actively engage in this process  and will in due course start exploratory talks about future free trade relations. Considering our open liberal trade policy and political determination, Georgia could be among the first countries to sign a new comprehensive FTA with the UK.

There are good prospects for UK companies to engage actively in further trade and investment partnerships with Georgia. We welcome the UK and international businesses to start swiftly, grow dynamically and prosper successfully in Georgia.

HE Tamar Beruchashvili has been the Ambassador of Georgia to the UK and Permanent Representative of Georgia to the International Maritime Organisation since March 2016. She has previously served as Georgia's Minister of Foreign Affairs, State Minister on European Integration and Minister of Trade and Foreign Economic Relations, as well as a number of other key roles.