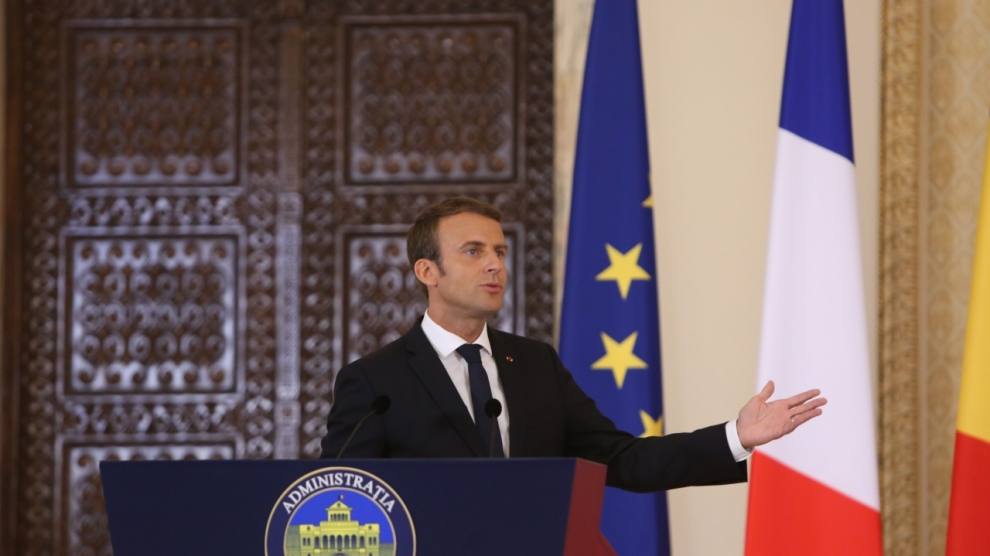 French President Emmanuel Macron’s recent Central and Eastern European (CEE) visit was notable for what he discussed (stimulating the French economy), and perhaps even more notable for where he visited… and where he did not. While the tour may have accomplished his quest for regulating posted workers (he claimed current numbers harm the French economy), his policy objectives may have been overshadowed by the growing rift in the European Union (EU), and especially amongst the Visegrad countries of Central Europe.

On his three-day tour, President Macron met with national officials from Austria, the Czech Republic, Slovakia, Romania and Bulgaria. Noticeably absent from the trip were Poland and Hungary, two vociferous critics of the EU under their respective populist governments. Mr Macron’s omission of these countries from his itinerary was not necessarily a big surprise, as the French President has been critical of these countries since his presidential campaign.

Indeed, in May, he claimed that “rule-breaking” EU countries such as Poland or Hungary could face tougher action from EU organs. More substantively, Mr Macron feels that these eastern countries benefit substantially from the EU but refuse to follow its rules when it suits them.

Even though Hungary might be a more visible problem with regard to European values, in reality, Poland is the main troublemaker for France. This hasn’t always been the case, as France and Poland used to be on fairly good terms. Back in the 1990s, together with Germany, they formed the so-called “Weimar Triangle,” a group promoting cooperation between the three by organising meetings amongst political leaders. However, the last of these meetings was in 2011 and, given the stance of the current Polish government, the outlook for further cooperation within the Triangle seems gloomy. The socially conservative, fiscally-liberal Law and Justice (PiS) party, in power since 2015 and led by Beata Szydło, is, in addition to its anti-EU stance, openly critical of the politics of both Germany and France.

Unfortunately, the problem between France and Poland is not only about the opposing views of governance in the EU; it is also about the perception that the French economy has been irreparably harmed by Poland. “Posted workers” are seen as a burning problem in France, or at least they are perceived as so by the president. With France’s unemployment rate stubbornly above 9 per cent for the past eight years, Mr Macron has blamed posted workers for creating an environment of “social dumping” in Western countries.

Although President Macron visited four countries that could create such a setting (Austria is on the opposite side of the border), his barbs seemed to be aimed squarely at Poland: Poland sends the highest number of posted workers to other EU member states (463,200 out of 2.05 million in 2015). These workers, primarily in construction and transport, are more sought-after than pampered and unionised French labourers. Furthermore, they receive ‘Polish salaries’, which are significantly lower than French salaries.

The consequence of this dispute is unclear. A revision of the directive still might be reached without Poland (and Hungary) at the European leaders’ summit in October but would this be at the expense of losing two potential supporters for good? Moreover, such a revision, in light of Mr Macron’s supposed support of the EU, has been rightly pointed out by the Polish government as an attempt to destroy one of the pillars of the Union (free movement).

By contrast with this friction, the two remaining countries of the Visegrad group, the Czech Republic and Slovakia, have been successfully negotiating with France to reach a consensus. They have agreed on the revision of the directive (apart from the transport sector) in exchange for President Macron’s understanding they do not want to accept refugees in their countries.

Moreover, both countries have been silent on the absence of the two remaining V4 countries in such negotiations, vitiating the idea of the Visegrad Group as a viable counterbalance in the EU. Indeed, Czech Prime Minister Bohuslav Sobotka continues to claim that the V4 is still the most important platform for regional cooperation, although Slovak Prime Minister Robert Fico referred to the nation of Slovakia as part of the European Union, not the Visegrad Group.

Clearly, there is trouble in the Visegrad paradise, with both the Czech Republic and Slovakia trying to ensure a better place in the EU than at present. Slovakia has been betting on its unique position as the only one of the four who has adopted the Euro, while the Czech Republic is attempting to gain observer status at Eurozone meetings.

In reality, the Czech Republic and Slovakia appear to be trying to take advantage of the strife between the EU and Poland and Hungary to better situate themselves for the future. Such an approach may pay off in the short-run, but if it eventually means that France will find it easier to implement economic policies that are detrimental towards the EU, the Czechs and Slovaks may regret their Faustian bargain.

The editorial was co-authored by Dr Christopher A. Hartwell, President of the Centre for Social and Economic Research (CASE) in Warsaw and an Associate Professor at Koźminski University. His research concerns transition dynamics, the economics of institutions, and financial sector development. He has also advised governments and the private sector on economic policy issues.

Kateřina Hošková is a student of International Economic Relations at the University of Economics, Prague. Her research interests focus on international trade, economic diplomacy, and intra-EU labour mobility. Katerina was an intern at CASE—Centre for Social and Economic Research in Warsaw, Poland, in summer 2017.

What Next For The Sourcing Industry?
Why Hungary’s New NGO Law Is Harmful for Business
Comment