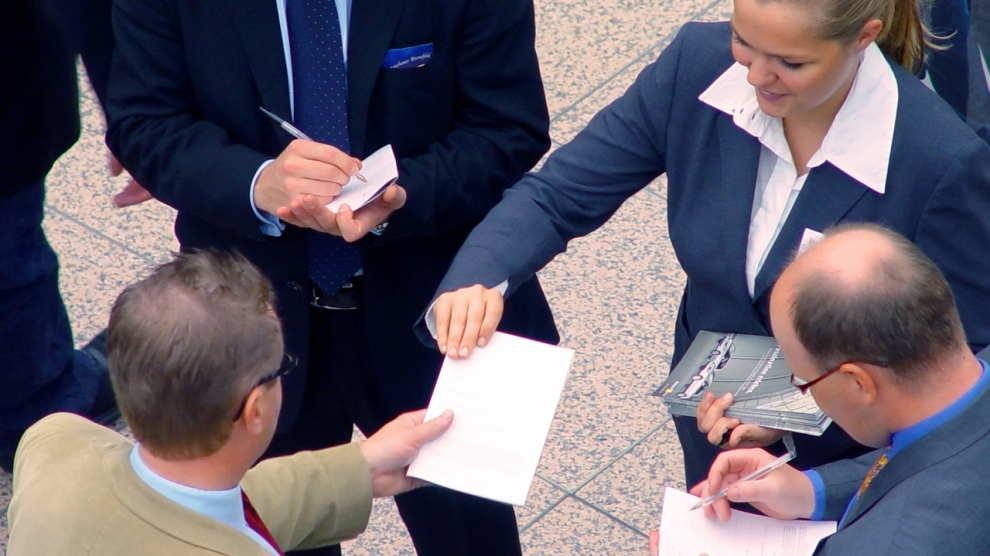 Belarus is among the world’s top countries when it comes to the ease of starting a business. In the World Bank Group’s Doing Business report of 2016, the country is ranked 12th out of 189 economies. One needs just three days to open a new business in Belarus, which is three times less than the time it took last year.

This significant improvement is the result of several years of committed work by the government. Officials have streamlined procedures and introduced new technologies, making it easier, step by step, to start a business in Belarus. As an example, in 2013, Belarus eased the way for new businesses by reducing the registration fees and eliminating the requirement for an initial capital deposit at a bank before registration. Then the following year, Belarus went one step further by expanding the geographic coverage of online registration and improving its online services.

However, despite these improvements official figures show that the number of the newly-opened companies is actually decreasing. Macroeconomic challenges in the country and further afield in the region, including Belarus’ main exporting market Russia, are some of the factors behind this decrease. Another challenge faced by companies is access to finance. In addition foreign investors are still to discover Belarus as a destination which means Belarus has to do its homework if it wants to get investors into the country.

One of the key priorities for the near term future is support for the growth and expansion of the private sector. The Belarusian private sector’s share in total employment and value-add in gross domestic product are among the lowest in the European and Central Asian region, reaching 35 and 48 per cent respectively in 2013 (the most recent reported data available).

This is particularly important for Belarus which is facing its first economic recession in many years. The World Bank expects the economy to contract by 2 percent this year and by another 1 per cent in 2017. In 2015, the GDP fell by 3.9 per cent. Reforms, and more enabling policies that support private sector development, could help reverse the fall and spur new growth.

The government has announced its commitment to reforms and has put some of its hopes for growth into supporting the development of small and medium-sized enterprises (SMEs). Prime Minister Andrei Kobyakov recently said that he expects the contribution, to the Belarusian economy, of small and medium-sized businesses to grow considerably over the next five years reaching 50 per cent by 2020. At the moment, SMEs account for about 20 per cent of the economy. In neighbouring Poland, SMEs generate over three-quarters of the country’s GDP. In OECD countries, SMEs make up over 95 per cent of enterprises.

As a leading multinational investor in the country, IFC is ready to support the reform efforts. Our data shows that SMEs are, typically, challenged by the limited access to finance in Belarus. In order to help with that we cooperate with Belarusian private banks.

One of our most recent deals included financing to the Belarusian National Bank, one of the private financial institutions in Belarus that focusses on lending to SMEs. Another major obstacle to SME’s development continues to be the regulatory burden. Over the past few years, IFC has supported the government in helping to improve access to information about regulations, including that for SMEs. Belarus has created a single register of administrative procedures, has reduced the overall number of procedures for businesses by 19 per cent and the total number of licenses by 60 per cent, saving SMEs an estimated $14 million a year.

But there is the potential to do more using, for example, information technology to narrow the information gap. IFC’s experts are working with the government and the private sector to help to establish an E-Registry of administrative procedures. We also support the work on designing a Belarusian development strategy for SMEs.

Although Belarus may be a latecomer, it can still learn from experience of other countries, putting more focus on innovative and technology-based SMEs and, given Belarus’ strong experience, the IT sector. Belarusian programmers have developed such worldwide hits as the World of Tanks game and the mobile messenger app Viber.

Given the export-orientation of the Belarusian economy, another focus could be to offer more support to SMEs that are keen to sell to other markets. We are already working with the government to help streamline import-export procedures and to reduce an entrepreneurs’ costs related to certifications and laboratory sampling.

Olga Sherbina is Head of Belarus Office at the International Finance Corporation (a member of the World Bank Group). She has been working for IFC since 2012. Olga holds MBAs from University of Mississippi - School of Business Administration and from Belarusian Dziarzhauny University — Business Administration and Management, as well as a BA in English.