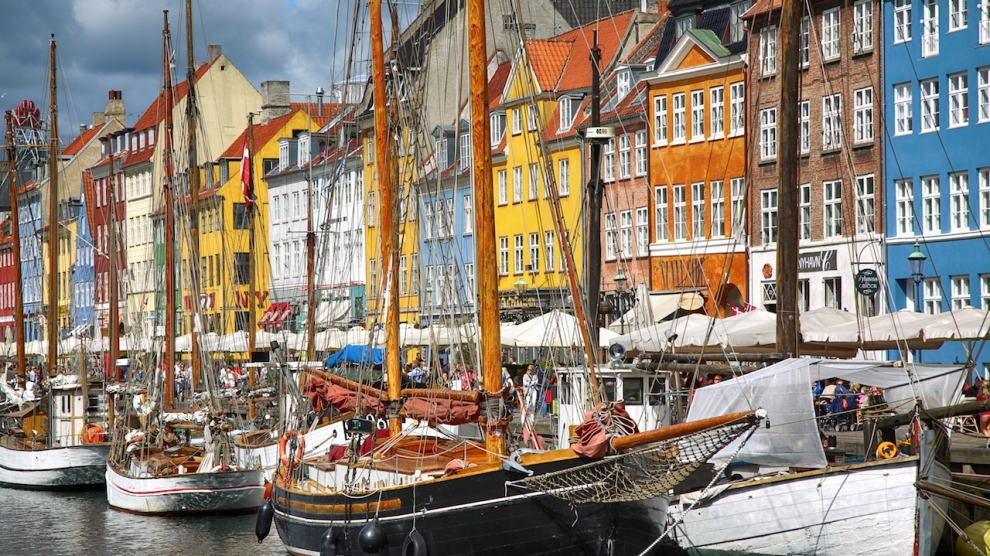 I first arrived in the Western Ukrainian city of Lviv at the beginning of 2003. Lviv is about 75 km away from the border with Poland and some 600 from Kyiv, Ukraine’s capital. With its low labour and energy costs, Ukraine offered, and still offers, enormous opportunities for foreign businesses to grow and I went for it. However, there are two sides to every coin; corruption and the share of dealings in the black market were very high. Everyone talked about it but not much was being done to combat it.

At that time, there were quite a few Danish firms already operating in Ukraine but it seemed that increasingly more were spotting opportunities: the initial number of businesses with Danish capital, 15, in 2003 increased to 55 by the end of 2010. There was one important contributor to this development: the IFU, or the Danish Investment Fund, which has helped Danish investors with financing in developing countries. The IFU takes risks that banks would normally not dare to bear.

The thing that makes Denmark a strong investor in other locations is that we tend to cluster together in small areas which leads to our building a strong community. However, even in such favourable circumstances investors need a business organisation that voices their needs and concerns in a dialogue with the authorities, especially when the investment climate needs improving and reforms have to be implemented. Such an organisation would also collaborate with the existing business community.

In 2003, we had the idea to set up a Danish business association but it soon turned out that foreign investors of other nationalities were also eager to join, so that is why we established the European Business Association (EBA). I managed this association, in Western Ukraine, between 2005 and 2010. After that, I started another organisation, this time truly focusing on Danish companies, the Danish Business Association. I did this because Danish representation in the Western part of the country was large enough to warrant being under one umbrella and there was strong support from the Danish Embassy in Ukraine.

When I started working for the EBA, the challenges were huge. There were no real procedures for discussing the investment climate with the authorities as they were not prepared for it. I believe that we made a difference by helping the state authorities to see business from an investor’s point of view so that we were able to improve the situation jointly. As a result, things became better and better, year by year, but unfortunately, the problems have never been fully resolved.

It has been somewhat easier with the DBA, as we focus on one specific market and do our best to cater to the needs of Danish investors, working with one Embassy and one foreign government, whose representatives have visited Ukraine. The organisation has had a huge impact on relations between Ukraine and Denmark and the Ukrainian authorities understand that our collaboration can foster further growth. In 2010, just three months after DBA was established, we signed our first memorandum of understanding involving the State Administration, Tax Administration, Custom Office, Frontier Guards and Lviv City Hall. We are ready to continue that dialogue in order to help Ukraine become more investor-friendly.

2016 was a very good year. The investment climate improved significantly from the Danish investors’ perspective and there are just a few small problems that remain to be solved. The state administration continues to hear and understand our challenges and in return, we are trying to reach out to prospective foreign investors and share our positive feedback and experience of doing business in Western Ukraine.

Of course, we still see challenges and currently the biggest one is for Lviv to be able to supply blue-collar workers for production companies, both for incoming investors and the existing ones. Due to the development of the IT sector in the city Lviv has been attracting IT specialists. We believe there needs to be a balance, as manufacturing is also strong in the area.

Finally, and of course, there is the never-ending story about black-market companies who are not paying their official obligations to the government and that has to stop. We Danes, run fully transparent companies and pay all official taxes, pensions and social security, etc., but we cannot compete with those who choose not to pay.

Lars Vestbjerg is the founder and president of the Danish Business Association and General Manager of Sika Footwear in Ukraine. He is an advisor to the Danish Investment Fond (IØ Fonden) in Ukraine, and a board member of Progeny Solar Inc. Earlier, he served as Chairman of the Board of the European Business Association in Western Ukraine and Chairman of the Board of Ukraine Partner Group Ltd. Lars is a member of Rotary Club Lviv in Ukraine.