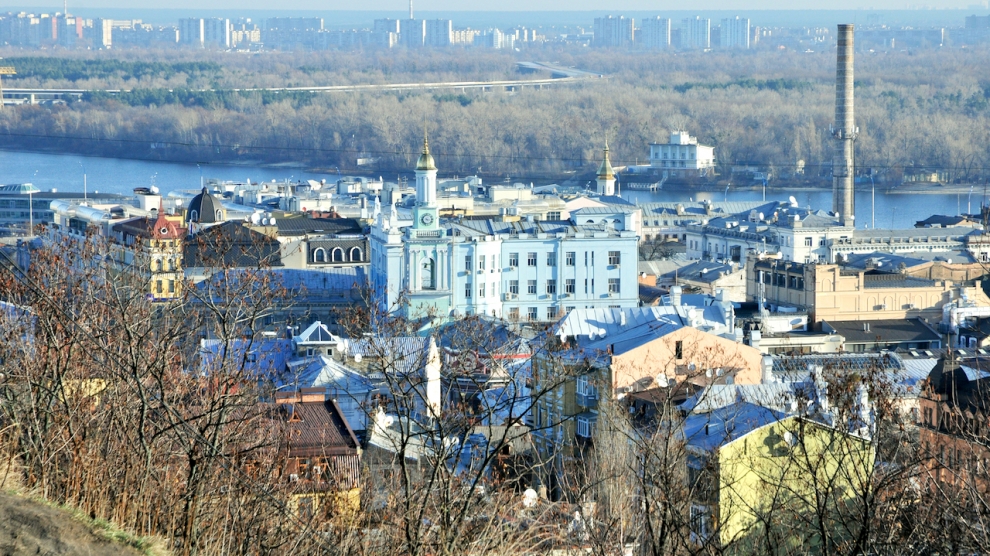 Recent statements by the European Union (EU) and the International Monetary Fund (IMF) give the impression that Ukraine is making significant steps toward stabilisation and normalisation. There has been much praise for the administration of Petro Poroshenko, especially for the nationalisation of the heavily indebted PrivatBank, and recognition that reforms such as this will be sufficient to unlock the next $1.7 billion tranche of IMF assistance from its $17.5 billion rescue-fund.

If one were to only look at macro-economic indicators, Ukraine appears to have made some progress. After a fall in real GDP of over 15 per cent, since the Maidan revolution in 2013, the economy returned to growth of 1.5 per cent in 2016 and is expected to expand further to 2.5 per cent in 2017. Likewise, the deficit has been brought down to 1.6 per cent of GDP and a tighter monetary policy at the Bank of Ukraine has seen inflation brought down to 9.8 per cent from its high of close to 50 per cent, in 2015.

Despite all of this however, foreign direct investment (FDI), the major measure of foreign capital’s confidence in Ukraine’s medium- to long-term trajectory has failed to recover; falling from $8.5 billion, in 2012, to only $484 million in 2015 (the most recent year for which complete figures exist). While there have been some notable exceptions in the fields of agriculture and information technology, in order to meet the government’s ambitious growth targets and to provide a meaningful recovery, Ukraine would require an FDI of $6 to $7 billion per year. How can this caution be explained?

While the much touted headline figures, used to substantiate stabilisation, may impress Ukraine’s western partners and the international financial institutions, they have had less of an impact on regular citizens. Unemployment remains over nine per cent and per capita income has declined from $3,878 in 2012 to an estimated $1,988 in 2017.

Moreover, despite billions of dollars in support for economic reform from the EU and the IMF, few of those reforms have had a positive impact for consumers. Transparency and price liberalisation in the energy sector have seen household bills rise an estimated 450 per cent, between 2014 and 2015; there has been major disruption to health and welfare services and plans for a rise in the pension age, in 2017, are sure to provoke public anger.

The government has also struggled to address the pervasive issue of corruption which, recent surveys have revealed, average citizens see as a high priority and perceptions of which have worsened since the Maidan. Few have confidence in the government of Volodymyr Groysman, which is supported in the Verkhovna Rada by a number of oligarch-aligned parties, to tackle this issue. Reform of the judicial branch, which is vital to prosecuting major violators, remains stymied by vested interests and anti-corruption legislation and institutions lack the authority and budgetary capacity to fight back.

Geopolitically also, Ukraine’s position remains extremely precarious, as evidenced by the flare up in violence between Ukrainian troops and Russian supported separatist forces in January 2017. Although low level fighting has persisted regularly beyond the Minsk II agreement, which was signed in early 2015, this was the first time in months that heavy weaponry, prohibited under the agreement, were used by both sides. This included artillery and saturation Grad rocket systems and resulted in numerous civilian deaths and widespread property damage.

Russia’s determination to ensure that Ukraine is prevented from further integration into Atlantic economic and security structures means it has little incentive to implement the Minsk agreement and the simmering conflict in the east is a useful lever with which to destabilise Kyiv. The occupation of the Donbas, a major centre of coal mining and industry, affects 16 per cent of Ukraine’s pre-conflict output, while the cost of maintaining an army of 280,000 troops and carrying out a major re-armament programme, estimated at 3.1 per cent of GDP, is a huge drain on Kyiv’s resources.

Ukraine also has little incentive to enforce Minsk, as this would involve giving considerable powers to the separatists, including a veto over NATO and EU membership. To attempt this would precipitate a major domestic crisis given that it would be unacceptable to nationalist parties, but its abandonment will make the prospect of EU integration even more remote, thus fuelling public anger.

The stage is therefore set for a turbulent medium-term outlook in Ukraine, with near constant political instability, domestic squabbles over reform, an increase in the potential for public demonstrations and greater geopolitical risk as anti-Russian sentiment potentially becomes the unifying focus of the country. In such an environment is seems likely that foreign capital will continue to avoid the country, or at best return slowly.