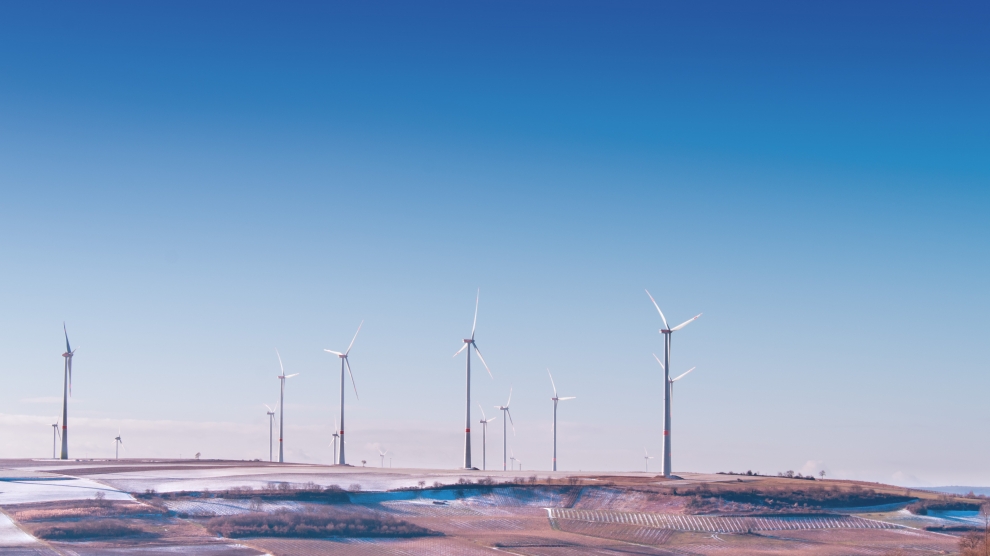 The science is clear: human activities have led to the emission of greenhouse gases (GHG) that are warming our planet and, as a result, are destabilising life on earth. Scientists’ warnings about the impact of climate change provide a rationale for counter-measures. The Paris Agreement, signed by world leaders in 2015, sets the direction, while the growing recognition that we are running out of time sets the pace for necessary action.

This is and must be the starting point for any discussion on Europe’s energy prospects. The reality is that the European Union (EU) member states are not on track to reach their emissions reduction targets, and the energy sector will have a central role to play in these efforts, as it is responsible for more than 75 per cent of the EU’s GHG emissions. While measures will have to be taken also in other sectors, from agriculture to industrial processes – the importance and magnitude of the changes that are needed in the energy sector cannot be underestimated. Moreover, the pressure is increasing.

For the EU to contribute to the Paris Agreement’s temperature goals, it would need to achieve a transition to net-zero GHG emissions by 2050. As a result, while the EU has just adopted a comprehensive set of goals and energy rules to reduce GHG emissions, and increase the EU’s energy efficiency and the share of renewables by 2030, it is likely that these will need to be reassessed. The incoming European Commission President Ursula von der Leyen and a number of member states are already calling for the increase of the GHG emission target, from 40 per cent to 55 per cent by 2030.

The good news is that making the EU’s energy system more sustainable and changing how we use energy is not only good for the climate, but can also bring significant economic and societal benefits, improve energy security, create jobs and reduce energy costs for consumers – if done well.

Improving energy efficiency remains low-hanging fruit. It can lower EU emissions and energy costs for consumers, while creating local jobs and reducing dependency on foreign energy imports – as every one per cent in energy savings cuts EU gas imports by 2.6 per cent.

The EU must utilise the potential with domestically produced renewable energy to decarbonise electricity production, heating, transport and industry. This also makes increasing economic sense as renewables are becoming more cost-competitive. In addition, efficient and flexible energy systems based on domestically produced renewable energy, compared to imported fossil fuels, would be attractive from an energy security perspective.

However, the EU must get the balance right. Incentivising wood burning is short-sighted, and ultimately undermines climate action and the smart use of valuable natural resources. At the same time, the EU member states must do much more to support further deployment of wind and solar power.

Future-proofing the European energy system requires collaboration across borders. Member states must, for example, create an electricity market for renewables, where i) installations are placed where they are most efficient, ii) electricity flows in a smart grid that connects different parts of the EU and allows for demand side response and management, and iii) energy storage is deployed on a large scale. Member states need to recognise the benefits of collaboration. The EU cannot afford to have countries oppose, for example, building interconnectors and/or receiving neighbours’ renewable electricity because it creates competition on their market.

It is time to put our money where our mouth is. Investments within the next decade will have a direct impact on the EU’s ability to achieve its climate ambitions and a climate-neutral economy. While the EU needs to create the framework for private investors to contribute in the transition, it also needs to ensure its own spending is compatible with the set goals.

This starts with ending financial support for fossil fuel projects that undermine the clean energy transition. Consider the Multiannual Financial Framework (MFF) for 2021-2027, currently under negotiation: not one cent of European taxpayers’ money should be spent on supporting fossil fuels. It is positive that the European Investment Bank is seeking to phase out support to fossil fuel projects, including natural gas, by 2020. It would be extremely unfortunate if this ambition will be watered down by the European Commission and member states, like Germany.

And where should investments go then? To renewables, to improving electricity storage and transmission capacity as well as energy efficiency. They should be targeted to solutions that can demonstrate full compatibility with a sustainable, climate-neutral future.

While the EU’s clean energy transition is foremost an internal challenge, addressing the climate crisis requires global efforts. If the EU can demonstrate within and beyond its borders the economic, social and environmental benefits of an energy transition, this could provide an attractive model also for others to follow. It needs to continue to collaborate and share good practices with its global partners, and use diplomatic and trade instruments to encourage global climate action.

The EU’s energy sector has already seen cuts in its emissions thanks to energy efficiency improvements, increased use of renewables and reduced use of coal to produce heat and electricity. But if the EU wants to achieve climate neutrality, efforts need to be stepped up, and fast. Politicians must shoulder the responsibility and have the courage to provide a framework for action – even if it means a radical change to the status quo. The sense of urgency must be reflected in the investment decisions taken today and tomorrow. It is time to step up the efforts on energy efficiency and domestically produced renewable energy, as the means to achieve secure, affordable, and sustainable energy.

Annika Hedberg is the head of a Sustainable Prosperity for Europe Programme at the European Policy Centre.