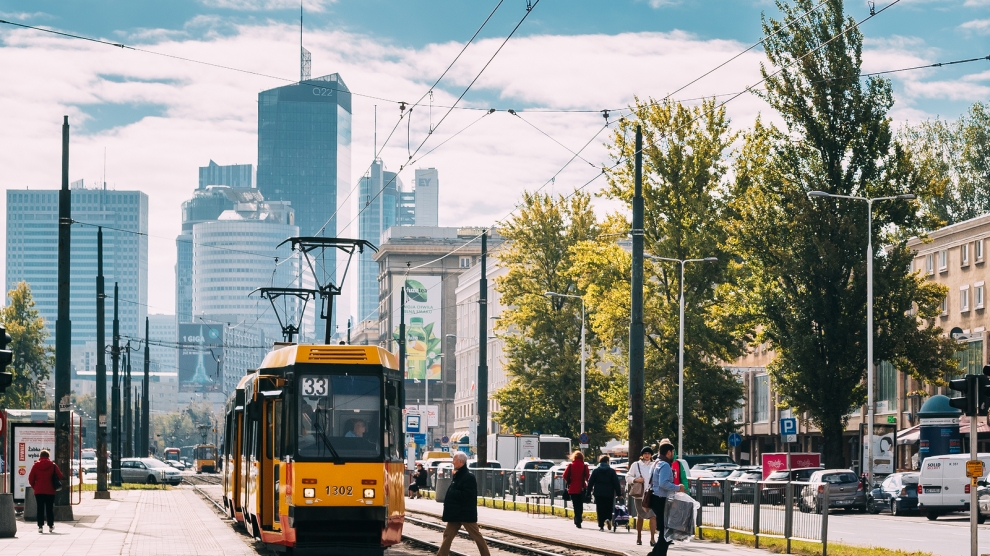 The World Bank and International Monetary Fund (IMF) annual meetings in October were held with dark clouds on the horizon – both literally (it was a rainy week) and figuratively: 2019 is turning out to be a year of economic slowdowns.

More than half of the world’s economies are expected to decelerate this year. The World Bank has reduced its global growth projections to 2.5 per cent, due to weaker-than-expected trade and investment.

Europe will be no different – but the impacts will be more pronounced and systemic. A chronic decline for industrial production has led to a drop in manufacturing across the region. This is exacerbated by stalling international trade, part of a broader global picture this year.

The 2019 slowdown hits Europe’s emerging countries hardest. The World Bank now forecasts growth in Central Europe and the Baltic States (Bulgaria, Croatia, Estonia, Hungary, Latvia, Lithuania, Poland, and Romania) to drop to four per cent in 2019, far lower than the 4.6 per cent seen in 2018 and five per cent in 2017.

If these trends worsen, there is a real danger that European Union’s “convergence machine” will stall again. World Bank researchers, in the new report Including Institutions, find that recent convergence between EU countries can be divided into three distinct periods – rapid convergence from 2000 to 2008, a profound stalling of convergence from 2009 to 2015, and then a restart from 2016.

But within Europe’s countries, the story has been one of almost uninterrupted divergence. European regions are pulling away further and further from one another. National growth is being driven by just a few regions, often around the capital and secondary cities, while poor regions languish: think of Bucharest versus North-East Romania, or of Bratislava versus East Slovakia. The implications of these uneven regional growth patterns are stark. Europeans in the growing regions have prospered, while those in lagging regions have seen their incomes stagnate.

The analysis also underlines a startling new finding for the EU. Incomes in most of the poorest households are the most sensitive to both economic expansions and contractions, while the middle class is often shielded from the worst impacts. The World Bank’s report talks about a “whale curve”. Think of a stylised whale, most of whose midsection is under water while its tail rises high above. Those at the tail-end of Europe’s income distribution see large swings up and down in their income as growth rises and falls, leaving them vulnerable and in a state of uncertainty.

In fact, over this century, the poorest among Europe’s population have been much more likely to see their incomes rise with economic growth than have the middle class. The recent period of recovery from the twin crises of the recent past has, therefore, benefited them. But the poorest are also less shielded from the consequences of contraction. During the recent years of recession, the incomes of the poorest families in northern, central and southern Europe fell by 25 per cent, twice that of the average household.

With a potential slowdown looming, how can convergence and prosperity – of both the middle class and the poor – persist? This will depend on three critical factors.

First, countries must secure strong overall growth, both at the country level and in lagging regions.

Second, the fruits of the growth must be shared among all citizens, through jobs and incomes. These are both obvious points.

Third, and most critically in this context, growth has not just to be strong and shared, but must also be resilient – so that even if there are shocks, incomes can rebound quickly. This did happen in very different parts of Europe during the last set of crises – not just in countries such as Austria, Germany or Sweden, but also in Poland. But there were other countries, many in southern Europe, where the rebound was much slower. Indeed, there were profound differences in the persistence of the twin crises’ shocks to unemployment; among EU countries, the time it took for the effects of the shock to be halved (the “half-life”) ranged from five months to more than five years.

Such resilience can be fostered. The report analyses recent economic data to underline a core idea that has been often discussed but less often well-measured. Each EU country must nurture and develop product market, labour market and social protection institutions – that support resilience of populations to future shocks. The stronger these institutions are, the quicker will be the ability of the country to rebound, and specifically to recover jobs and economic activity after the slowdown.

For resilient and inclusive growth in the European context, just three sets of real exchange rate institutions stand out: those institutions that govern the protection of low-income households, those that allow the private sector to adjust and to easily rebound, and those that affect the ability of the labour market to function smoothly. Binding these institutions together is trust – which facilitates government, firms and workers collaborating to navigate the crisis.

In times of slowdown, European countries need specific social protection institutions that protect the poor – including those that quickly absorb those who may be fine in times of prosperity but are at risk of falling into poverty when shocks hit. Unfortunately, such poverty-targeted programmes are not universal in the EU. In some countries, they have been absent. More commonly, as in south-eastern Europe, they have insufficient coverage of the poor or inadequate funding. Unless these systems are quickly reinforced and adequately funded, recent history indicates that slowdowns will entail deeper poverty increases and a longer time for people to recover their incomes.

Resilient growth also critically depends on institutions that affect the ability of private firms to react to and rebound from shocks. The most significant factor? The degree of competitiveness of product markets. In more competitive and less onerously regulated countries, firms can adjust market prices quickly to respond to new economic imperatives, and new firms can speedily enter and create incomes and jobs when recovery begins. The report shows that a 10-point improvement in a country’s quality of the business environment (measured by World Bank’s Ease-of-Doing-Business indicator) reduces the “half-life” of average output reduction by about a third. Making this improvement is not as large a challenge as it may seem – Poland, for instance, achieved exactly this between 2010 and 2014.

Sound labour market institutions emerge as vital for both the preservation and the rebound of jobs and incomes. The most resilient countries in the analysis combine a degree of flexibility with well-designed active labour market policies to return people to jobs. And, contrary to some economic orthodoxy, the analysis finds that good collective bargaining institutions that cover larger parts of the workforce support resilience – and decrease the duration of unemployment. But these good collective bargaining institutions also required a high level of trust to function well.

Trust, therefore, emerges as a key determining factor for building resilience and inclusive growth. The capacity of key stakeholders – the government, firms and workers – to arrive at cooperative “win-win-win” solutions makes building resilient policies and institutions much easier. In countries where such trust is weaker, resilience may be feeble even if there is good coverage of workers by collective bargaining. Weaker trust can prevent countries from setting up thoughtful, supple competition policy institutions. And an inability to negotiate with the presumption of fairness can bias social protection policies towards those that are more strident than those most in need.

As the countries of emerging Europe look towards weathering the economic slowdown, it is a good time to reinforce their “real exchange rate institutions” so that even if there is a larger shock, their populations do not suffer very much, or for very long. This will need investment in mending and molding competition policy, social support programmes and labour market institutions. And, as recent experience of successes and failures across Europe shows, this will need investment in repairing and renewing trust.

This can be done, the report shows. Trust levels in a society are not a historical given, and in fact interact and quickly change with the experience of resilience. Less resilience in Europe has undermined trust. More resilience will strengthen it.

This opinion editorial is exclusive to Emerging Europe.

Three decades of economic transformation in Eastern Europe: From plan to market
Digital transformation: Why we need new levels of collaboration and co-creation
Comment