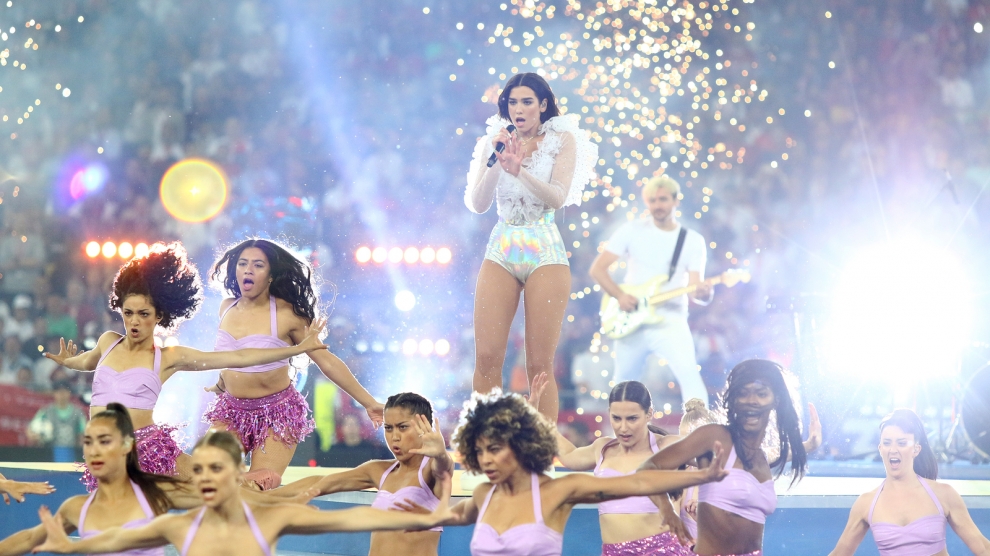 When people think of Kosovo, they probably remember the war-torn country in the late 1990s. What they probably don’t think of is the fact that there is no place in Europe that can boast as many popstars per capita as Kosovo.

Before telling you who those popstars are, let me emphasise that this was not the case when I first visited this country, back in 2004. Everything was different. It was five years after the war, most roads were broken or non-existent, UN-trucks and NATO-vehicles were ubiquitous, and Kosovo wasn’t even a state yet.

Which western company would invest in a place like that? Which tourist would be so careless as to enter this area? No one. It didn’t help that Serbia – with a large country like Russia having its back – tried to block everything that would bring Kosovo further into the public eye. Serbia was actively lobbying against the participation of Kosovo in UEFA, FIFA, the Olympics, United Nations, and so on. Trying to frame Kosovo as a land full of criminals and Muslim extremists was easy, since no one could really see the real picture.

Well, some could of course. Like me for example. In 2004, I found myself in a fascinating place with long summer nights, extremely safe streets, unbelievably hospitable people, beautiful mountains, beers for just one euro, and many charming and beautiful ladies (I was 20 years old back then, and single!)

Aside from that, I experienced a very moderate religious climate. Although most people are Muslim by faith, everyone cherishes the Catholic nun that received her spiritual calling in Kosovo: Mother Teresa.

To put it simply, I found this country enchanting. After my first trip, I went back several times, and decided to migrate there in 2012, together with my wife who works in healthcare. A lot had happened in this time: Kosovo became a republic, highways were being built, international companies were exploring the country, and NATO and the UN weren’t visible anymore in most places. The thing that stayed the same was the hospitable attitude of the people, combined with a pro-Western spirit. No country in the Balkans is as pro-EU as Kosovo, and probably no people in the world is as pro-American as the Kosovars. Realising that this place has the youngest average age in Europe, you can understand a little bit better how unique this country is. And maybe why it produces so many popstars.

Currently, in the Netherlands (where I’m from), Dua Lipa (pictured above) has been at number one in the pop charts for more than 10 weeks. She is a perfect example of the positive vibe of the Kosovan capital Pristina, combined with a western attitude (she grew up partly in the UK). Another singer, also originally from Pristina, is the female with the most number 10 hits in her country: Rita Ora. And because Will Smith sings the official World Cup song with Kosovan singer Era Istrefi, currently three ladies from this place are in the pop charts. Not bad for a country with only 1.8 million inhabitants, right?

Because I want to spread the word on how sweet this country is, I manage three international websites about Kosovo. I provide information about the economy, tourism, travel tips, and stories about sports and singers. And with my local company, I advise foreigners about doing business in Kosovo. Currently, Kosovo is number 40 in the global World Bank Doing Business Index. This makes them the second best of the Balkans. Just six years ago, they were number 119. Imagine that!

If you want to live and work in Kosovo, it is important to see all the small and big developments. From new city busses with air conditioning to new highways. From the first ever gold medal at the Olympics, to Lonely Planet naming you one of the top destinations of 2018.

There are always things to worry about, like the extremely high unemployment rate. But it’s a great pleasure to live in a place like this, and even a bigger joy to see this country growing.

Stefan van Dijk is an entrepreneur and digital communication specialist.