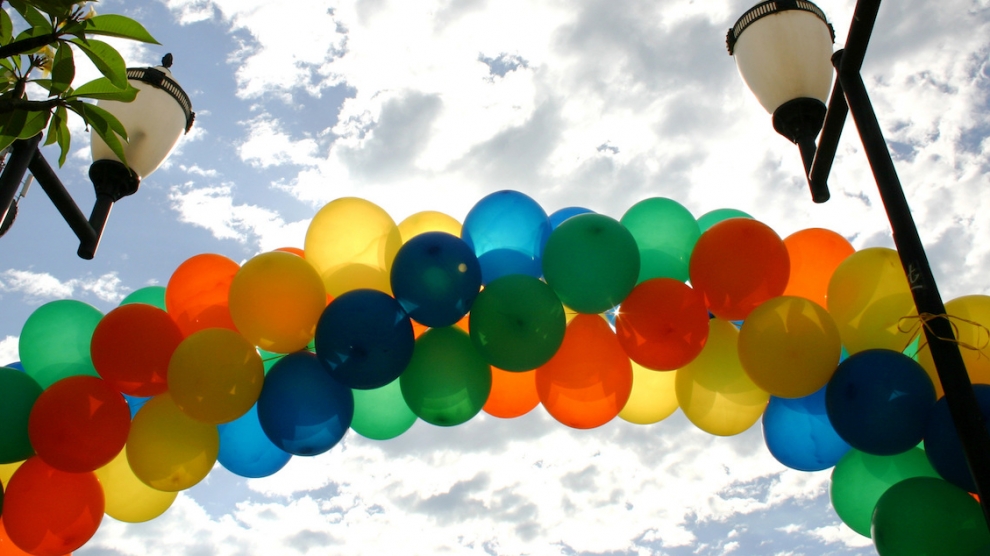 While the legal situation for gays and lesbians in post-communist Europe has witnessed some marked improvements over the past 25 years, social attitudes towards homosexuality in the Eastern half of the continent remains less positive.

According to the European Social Survey — carried out biannually since 2002, by the European Science Foundation — the percentage of respondents who accepted the proposition that ‘gay men and lesbians should be free to live their own lives as they wish’ is continually far higher in Western than in Central and Eastern Europe. This is in combination with an unexpected reversal of progress made in some post-communist states in recent years. So why are attitudes more negative in the East?

The collapse of communism in 1989 triggered unprecedented social, economic and political upheaval. It was hard for some to make sense of the new situation and to deal with the psychological toll that came with increased unemployment, inequality and mortality. Many were attracted by the nationalist rhetoric of the populist politicians, who harked back to the golden age of the inter-war period and what those people saw as its traditional norms and values.

This era was held up as the opposite of the ‘abnormal’ communist experience; ‘traditional’ was equated with ‘normal’, along with support for traditional gender and sexual roles being seen as an important means of achieving a sense of stability and social cohesion.

Many societies also experienced a marked increase in religiosity, which had a negative impact on attitudes towards homosexuality, as the Catholic, Orthodox and Lutheran Churches used their new-found political power to propagate highly conservative social agendas. As the impact of the post-communist transition waned, attitudes towards homosexuality did improve but continued to lag behind most western European societies.

However, the liberalisation of attitudes has been constrained recently by the rise of mainstream politicians, who have used homophobic discourse to discredit opponents and to shore up support among nationalistic and conservative voters who make up a sizeable proportion of the electorates. It is the supposed alienness of homosexuality and its association with Western values that prove particularly useful to politicians, allowing them to construct gays and lesbians as disloyal enemies of the state and reinforcing the idea that homosexuality is a foreign import.

At the same time, the post-communist period has witnessed unprecedented levels of East-West migration, a process which can result in migrants’ attitudes to gays and lesbians becoming more tolerant over time. What the findings of our research showed was that the longer CEE migrants had been in London, the less intolerant they were towards homosexuality.

We identified a number of factors to explain this outcome. Firstly, by extricating themselves from the mechanisms of social control in their home states (especially religion, the media and politics), migrants are less likely to be exposed to the homophobic discourse of priests, newspapers and politicians. They are now living in a society in which homosexuality, while not viewed in universally positive terms, is nevertheless more accepted.

Research has shown that, under certain conditions, contact with out-groups is the most effective means of reducing prejudice. The main idea behind this theory is that if members of the in-group engage with members of the out-group, the former are more likely to see the latter as individual human beings, with the same fears and desires as themselves, rather than perceiving them as an undifferentiated mass. At the same time the interactions will provide information to help challenge the stereotypes the politicians and the media have perpetrated.

Our research demonstrates that migration can have a positive impact on attitudes towards homosexuality, not only among CEE migrants in London, but also — given the circular migratory patterns and transnational existence of many migrants as well as the circulation of ideas about issues such as sexuality — it has the potential to improve attitudes among those who stayed behind.

Europe’s relationship with Turkey must go beyond trade

Russia, Europe and Africa: A journey into the mind of Emmanuel Macron

Dr Richard Mole is a Political Sociologist at University College London’s School of Slavonic and East European Studies. He studied modern languages as an undergraduate, before switching to social sciences for his MPhil and PhD. His research, which focuses primarily on the relationship between identity and power with reference to nationalism, ethnic conflict, migration and gender/sexuality, has always been explicitly interdisciplinary, crossing the boundaries of Political Sociology, International Relations, Social Psychology, Socio-Linguistics & Health Studies.

Belarus Is Ready to Begin With Venture Capital Investments
Belarus: Changing Old Ideas And Mixing With the New in Belarus’ Export Market
Comment