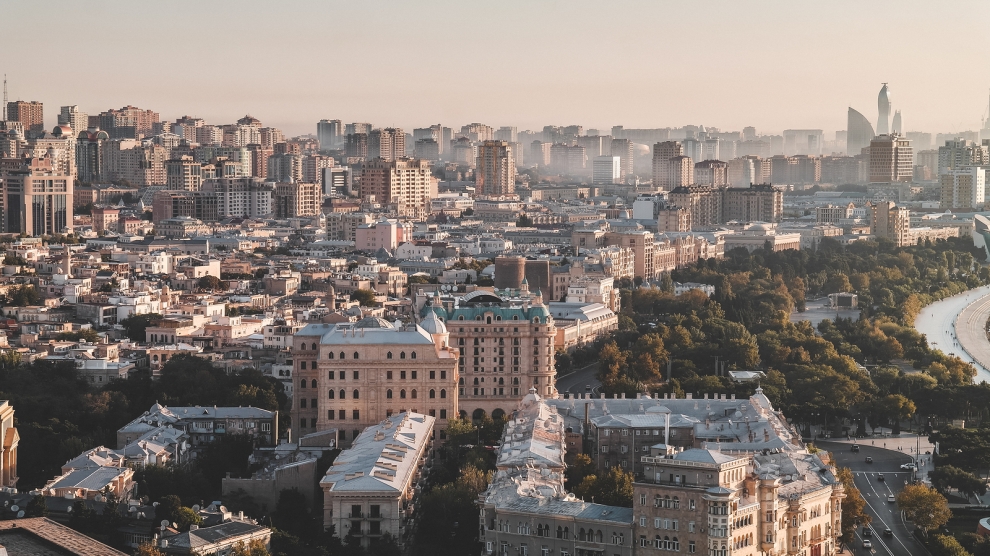 Since gaining its independence from the Soviet Union in 1991, Azerbaijan has carried out successful development work all sectors of its economy, and has implemented a new development strategy. Over the past decade, Azerbaijan has become one of 55 upper-middle-income countries, poverty has declined tenfold to low single digits, social welfare has significantly improved, and a transition to a new quality of life has taken place. GDP per capita increased ninefold from 1995 to 2018, when it reached 4,357 euros. Extensive financial resources allowed the country to fully modernise its socio-economic infrastructure, ensuring the convergence of the national economy and the realisation of new economic objectives and a modernisation strategy.

Global commodity markets entered a new cycle in 2015 and necessitated a new model of economic growth and development in the country, which constitutes the basis for sustainable, high and inclusive growth. For this reason, taking into account the expectations of the leading international financial institutions in the global economy and the oil market, the nature of the economic dynamics in the country, the Strategic Roadmap for the Perspectives of the National Economy of the Republic of Azerbaijan was adopted in 2016[1]. The main strategic goal of the roadmap was to restore the growth line based on diversification and new driving forces in the medium term and increasing competitiveness by greater integration into the global economy.

The planned reforms provided a fertile ground for further improvement of the business climate and the transition to productivity-based growth in the long-term by creating more quality, efficient and inclusive institutions.

Macroeconomic stability policies have played an essential role in maintaining and strengthening a more favourable business and investment climate. Government measures and policies aimed at stabilising the political and economic environment for strong businesses have laid the groundwork for macroeconomic stability in the country. It is no coincidence that inflation has lowered from 12.9 per cent in 2017 to 2.3 per cent in 2018, and that the stability of balance of payments and the dynamics of reducing the country’s external debt, as well as the formation[2] of strategic currency reserves equal to the country’s gross domestic product, was achieved.

Special attention was paid to the formation of an attractive business and investment climate consistent with best international practice while further improving Azerbaijan’s state regulations and legal framework.

Comprehensive measures have been implemented by the state in the field of development of state-business relations, elimination of illegal and artificial barriers to entrepreneurial activity, expansion of competitiveness and export opportunities, formation of state support and incentive mechanisms for entrepreneurs, and the provision of electronic state services in accordance with international standards in order to achieve the country’s long-term goals. As a result, the country’s international ratings and the business environment as a whole have improved significantly. According to the 2019 World Bank’s Doing Business report, Azerbaijan’s position has improved by 32 points over the past two years, and ranked 25th among 190 countries.

The current model of economic reform management is based on best international practices and country specifics, incorporating irreplaceable cornerstones of economic development such as efficiency and transparency. The Commission on Business Environment and International Rankings functions as a platform for state-business dialogue. An e-portal, (azranking.az), was set up to facilitate communication and dialogue between members of the state-business partnership. The portal has created an innovative benchmarking tool of the country’s business climate for potential foreign investors [3].

The presence of such a management and regulatory feature in the business environment increases the efficiency of the factors creating economic growth. The recent growth of the country’s economy, especially of the non-oil sector by three per cent[4], as well as the growing dynamics of non-oil sector exports (an increase[5] of 17 per cent over the first seven months of 2019), once again proves this.

As such, the main mission of the socio-economic policy in the country was to ensure the well-being of society in a sustainable and reliable manner. The transition to a new economic model and the continuous high growth of the country’s economy are based on the creation of new growth drivers, as well as deep and comprehensive structural and institutional reforms. Effective implementation of the socio-economic reforms is ensured by the use of modern strategic management mechanisms. The new management framework serves investors and policy makers to identify areas of reform in the country. In this context, the formation of public-private dialogue and its implementation on the modern digital platform further increases the mutual confidence in the reforms in public-private partnerships. In addition, the existing reforms allow public-private partnerships to become a cornerstone principle of future economic development.

European tech SMEs and start-ups must think beyond Brexit
Poland between East and West, 1939 and 2019
Comment