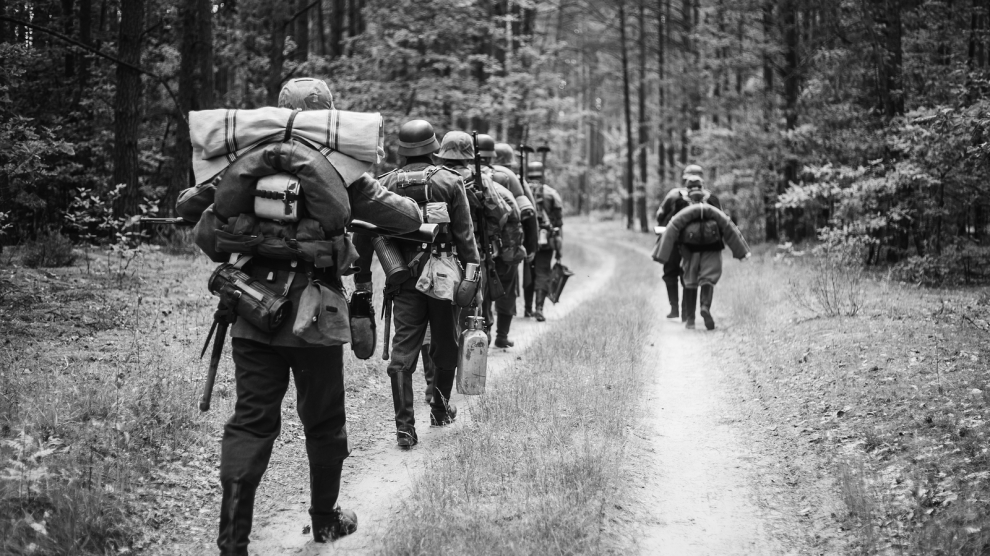 Richard Overy
Professor of History at the University of Exeter

The Polish republic, created at the end of World War I, was extinguished in September 1939 by its powerful German and Soviet neighbours in the war that launched the second global conflict in a generation. Reflecting now on the 80th anniversary of Germany’s invasion of Poland prompts the disturbing thought that Poland might once again be facing an uncertain future, this time caught between Putin’s revisionist Russia and a West that is uncomfortably aware of how fragile a NATO response might be if the current American president abandons commitment to Europe. If such worst case scenarios seem misplaced today, it is well to recall that few Poles in the late 1930s expected a German invasion and the savage destruction of the independence finally won in 1919.

The German war on Poland was in truth not part of any plan Hitler might have had for expanding German power into Eastern Europe. The hope was that Poland would give up the gains made at Germany’s expense in the postwar settlement – Danzig as a Free City, the corridor through Prussian territory, the coal-rich area of Upper Silesia – and become an effective satellite state, like Slovakia or Hungary. The Polish government sensibly rejected the German request to adjust the territorial settlement, prompting Hitler’s order to his armed forces in April 1939 to prepare for all-out war. Only then did Poland become in Hitler’s view a mortal enemy whose defeat would allow Germany to turn Poland into colonial territory as part of a widening German empire.

Although Poland got a guarantee of its sovereignty from Britain and France late in March 1939, the western powers had little intention of helping the Poles if it came to war. Their war plan was to defeat Germany in a three-year war of economic attrition and to restore Poland only afterwards. The guarantee was intended to deter Hitler, not a commitment to fight at Poland’s side. Hitler responded by reaching a non-aggression agreement with Stalin in August that effectively sealed Poland’s fate. A secret protocol to the pact divided Poland between the two dictatorships. Like the partitions that had ended Poland’s independence in the eighteenth century, the new partition would make Germans and Russians once again masters of Poland’s fate.

Could the war have been avoided? There were those at the time and since who think that the Poles should have made concessions and avoided conquest. This would have turned Poland into a virtual satellite of Germany and the Poles right to the very end refused to consider this option because they understood what it would mean. The West made it clear that this was not their choice either, despite the current popular view that Chamberlain and the ‘appeasers’ were hoping to pressure the Poles into giving in. Right down to the outbreak of war the British and French governments made it clear to Hitler that they did not want a repeat of Munich, although he convinced himself that was indeed what would happen: the West would make much ‘theatre’ as he called it, but would not actually fight. The only person who could have prevented war was Hitler, but thwarted in 1938 of his small war with the Czechs, he was absolutely determined this time to make no concessions. For Poland there was no room for manoeuvre.

Not until 1990 was Poland free once again of the embrace of one or other dictatorship. The guarantee from the west proved worthless. Efforts to ensure an independent, democratic Poland at the end of the war in 1945 were wrecked on the ambitions of the Soviet Union for a friendly communist bloc. For Poles today this bitter experience of territorial division, deportation, terror and cultural suppression at the hands of both dictatorships is still very much alive in popular memory even after almost thirty years of democracy. Poles are not only trapped by geography but trapped in their history where they have been more often unfree than free.

This does not mean that Poland is realistically under threat today, but the history explains why Poles might feel uneasy when the current sources of their security seem vulnerable. Britain’s exit from the European Union has created a new sense of instability with the loss of a major European player; Trump’s America, despite the presence of NATO forces in Eastern Europe, is a wild card in any future crisis; Putin is content to make mischief at the West’s expense. Yet the rational view must be that Poland now inhabits a new international order in which the old fear of partition or political domination has no part to play. That history is now history. There remains nevertheless the lingering memory of 80 years ago when the irrational happened as Germany and the Soviet Union crushed Poland between them.

Richard Overy is professor of history at the University of Exeter. His books include The Dictators: Hitler's Germany, Stalin's Russia, and 1939: Countdown to War.

Managing strategic reform: The experience of Azerbaijan
The new battle of Westerplatte
Comment