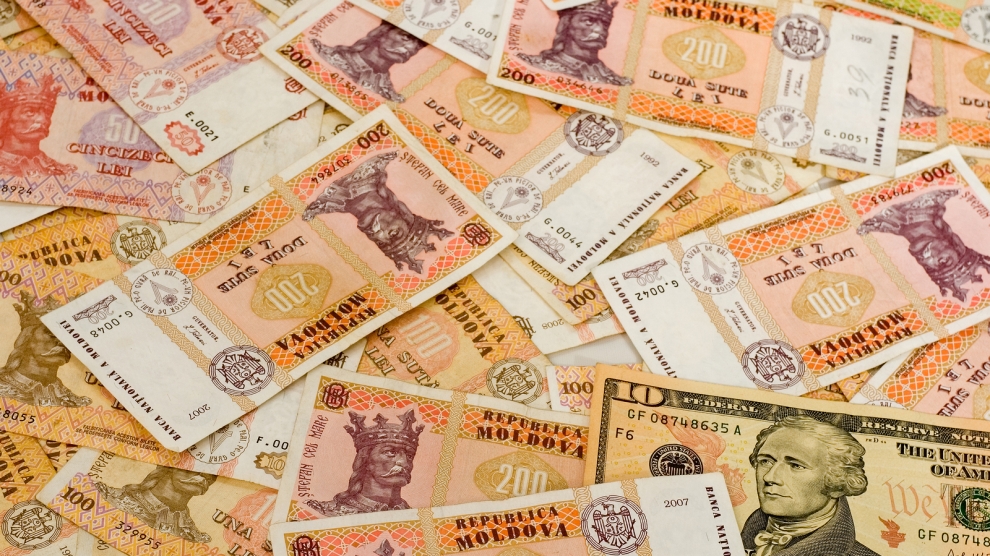 Moldova is on the brink of another serious political crisis. Soon to be immersed in another general election cycle, Moldova is paying a very high toll due to corruption, impunity and a deficit of good governance.

One of the most glaring examples of impunity is related to the evaporation of 1 billion US dollars from the banking system in 2014, which caused the collapse of three banks with huge repercussion for the ruling coalition and public confidence. As of 2018 no assets have been recovered and almost no culprits prosecuted for the wrongdoing. The same happened with a group of judges who became involved in a large money-laundering operation from 2011-2012, which used Moldovan banks as transit routes for more than 24 billion US dollars extracted from Russia. These huge acts of corruption may not have happened if Moldova’s democracy had not been so fragile, so controlled by ambiguous figures.

Lead by one of the wealthiest individuals in Moldova, Vlad Plahotniuc, the ruling Democratic Party aims to expand its control far beyond what it yielded in the last general election (November 2014), when it returned just 19 MPs to the 101 seat parliament. The Democrats now control 55 MPs and over 60 per cent of the country’s mayors. Most of local and national representatives switched their party affiliation as a result of a serious campaign of political ‘recruitment’, mixing soft persuasion with the toughest forms of legal intimidation, including charges being filed against opposition leaders, all of which prompted EU and US ambassadors to publicly call on the government to stop harassing the opposition[1].

In spite of this disapprobation from the EU and the US, the Democrats have continued to cleanse local and regional governments even of nominal opposition leaders, showing no reluctance when it comes to harming their competition. In November 2017, the Centre of Media Investigation (CIJ) revealed that over 100 criminal charges had been filled by prosecutors against mayors and district chairs: the vast majority of whom were not by accident members of the opposition. The Council of Europe adopted a special resolution in October 2017 to monitor Moldova’s compliance on local democracy. However, this concentration of power into the hands of the Democrats has not paid off in terms of public endorsement or the fight against corruption. Just the opposite. Corruption, poor governance and impunity are tearing at the country’s fragile democracy.

The Democratic Party controls most of Moldova’s biggest TV channels and keeps tabs on social media. Almost 80 per cent of the country’s commercial advertising is collected by Casa Media, owned by the party’s leader. Despite this, opinion polls show a certain inflexibility towards the growing administrative supremacy of the Democrats. The party yields rather low scores, hardly getting more than 5 per cent, which is below the parliamentary threshold, and a long way off the levels of support enjoyed by the vocal Socialist Party (PRSM; 32 per cent) and Action and Solidarity (PAS; 17 per cent).

Getting the political diagnosis right, both the Democrats and their nominal rivals, the PSRM, joined forces and in May 2017 changed the election system (from proportional representation to a mixed system), and despite widespread criticism seemed positive that this change will enable them to preserve the status quo. This was in spite of the Venice Commission’s firm recommendation not to change the system, but improve the existing one.

In terms of governance, there have been slow or almost inexistent results on the most critical reforms, maintaining a huge reservoir of protest votes and opposition rallies, and huge numbers of disfranchised people just as the election cycle approaches.

In a recent poll 80 per cent of respondents said that the country was going in the wrong direction. Only 2.9 per cent are satisfied with their economic situation, set against 83.5 per cent who are unhappy with it[2]. Polls reveal a high level of mistrust in political parties, ‘who care only about their own businesses’ and in state authorities who seem ineffective in curbing illicit business. It is not surprising that 28 per cent of young respondents aged 19-26 declared a will to leave Moldova in 2017. Moldova’s score in the Transparency International Corruption Perception Index has fallen from 36 in 2012 to 30 in 2016. This results in unprecedented public distrust in state institutions and a decline of public support for the EU. The implementation of anti-corruption legislative measures adopted in 2016 is lagging.

On October 11, 2017, The EU’s European External Service (EU EES) announced that it was to suspend financing of 28 million euros for judiciary reforms in Moldova due to the country’s insufficient commitment to reform during 2014-15. The postponed reforms forced the EU to cut funding for the Moldovan state budget in other fields, calling for a policy of conditionality. On top of that, the Democrats endorsed a couple of policy initiatives that were harshly contested by foreign partners and civil society organizations, such as an amnesty on capital, decriminalisation of some offences, a law on citizenship investments, as well the notorious change in the election law.

Elections due in 2018 will nevertheless be a harsh test for the government.

Two of the most important city mayors resigned in the first week of March, triggering early elections in the largest cities of Moldova, Chisinau and Balti. Both resigned in protest against what they consider to be politically-motivated criminal charges brought against them.

Everything points towards a perfect storm for opposition parties willing to challenge the incumbent regime. In December 2017, a second report – commissioned by the National Bank of Moldova to investigate the huge banking fraud – was presented by auditors Kroll/Steptoe and Johnson, although only in summary form (and not in full, as many people had hoped). The summary is bad enough:  “Documented evidence indicates that three Moldovan banks were subjected to a large, coordinated fraud, which took place over at least three years (2011-2013), and which intensified in 2014, resulting in their collapse. The suspected fraud involved the issuing of hundreds of loans, totaling almost 13 billion Moldovan lei (1 billion US dollars at the 2014 exchange rate).”

With the minor exception of some bank executives, those who benefited from the fraudulent loans remain untouched. While the majority of funds were wired via three Latvian Banks (ABLV, Privatbank and Latvijas Pasta Bank) and then channeled back to Moldova to repay existing loans and to allow the continuation of lending, at least 600 million US dollars disappeared.

Kroll’s report falls short however of naming any high-profile personalities, with the exception of Ilan Shor, the mayor of Orhei. This is apparently to ensure that the ongoing search for stolen assets and culprits can continue unimpeded.

Some might ask, however, what search? In spite of the well-documented evidence in Kroll’s report, not a single state official, National Bank employee or government dignitary has yet been prosecuted. This undermines public confidence in the investigation of the fraud. Although the National Bank of Moldova has stated publicly that: “no one (including state officials) has accessed the final report,” Shor and his lawyers filed a lawsuit against Kroll at the Supreme Court in London weeks before the report became public[3]. Shor has sued Kroll for slander, claiming that its experts “aim not to reveal the truth, but to find a scapegoat.” On top of that, Prime Minister Pavel Filip, when confronted by media with evidence from the report, stated that “90 per cent of the people named in the investigation are very decent and honest people, who were simply caught off guard, and this is why their names cannot be made public.” Two days later, Mr Filip reproached himself for ‘inappropriate statements.’

The lack of appropriate action around the banking scandal is poisoning Moldova’s political dialogue with the EU. Data show that Moldova received less than 40 per cent of EU funding projected for 2014-2017, largely due to the political instability caused by the scandal.

Although Moldova signed an agreement for microfinancing support in November 2017 for 100 million euros, the EU will only finance Moldova if 28 actions, agreed with the Moldovan government, are fully undertaken. These refer to the implementation of public administration reform, accountable and transparent management of state companies, prevention of money-laundering and anti-terrorist financing, oversight of the banking and insurance sector, a credible public procurements system, a functional National Integrity Agency as well as the efficient operation of the Asset Recovery Agency.

The grim reality today is that the ruling Democrats are less concerned about being perceived as kleptocratic as they are of losing power. When the West is concerned with Ukraine’s fight for territorial integrity and defending lines against Russian occupation, the Democrats play the chicken game by declaring EU aspirations, but doing almost nothing to keep pace with their commitments in this regard. It is obvious that Moldova is much weaker today than it was before signing the Association Agreement with EU, and not – as the Socialists claim – because it was unable to secure its core interests in the trade deal (DCFTA), but because it failed to extract and neuter subversive networks and corrupt individuals before they entered the government.

Speaking publicly about Europe, but ‘playing tennis with the Russians’ is seen by many honest citizens of Moldova as a risky business that has already taken a high toll on the country’s declining welfare and reputation. Instead, the government should focus all its efforts in reaching out to the country’s strategic need to reconnect to the EU’s enabling standards and areas of interest. Providing cover to those responsible for the banking frauds benefits Moldova’s enemies who would like to see the country divided, dysfunctional, and largely paralysed by a lack of legitimate leadership.

This may require a radically redesigned political class in Moldova, based on a stronger sense of national identity, professional ability and civic responsibility. And democratic legitimacy emerging from free and fair elections. But, first and foremost, political parties need to be able to stand up and say that they will no longer make pacts with the devil.