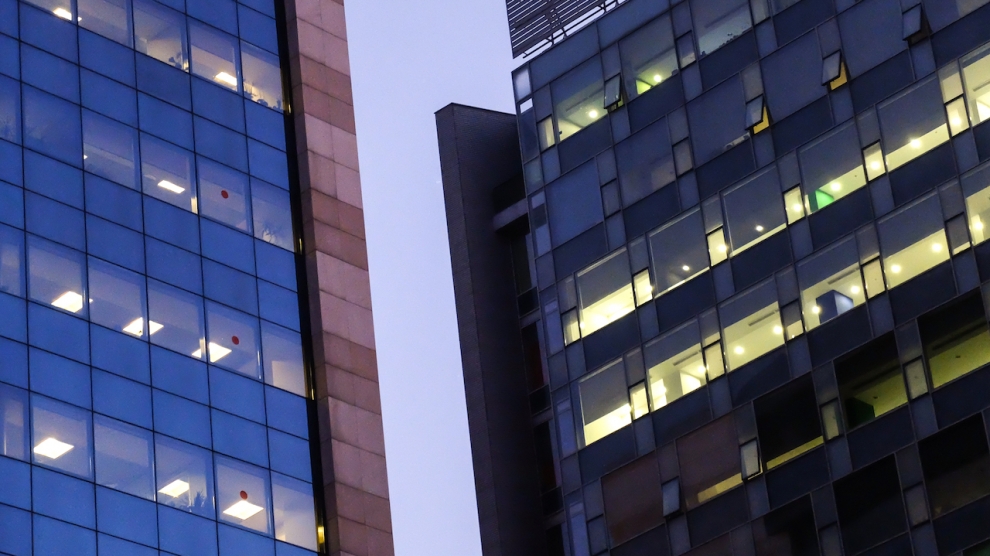 The Romanian economy is slowly transforming into a service-oriented one, with IT services registering the highest growth, in all components of the GDP over the last two years and half. This has raised the requirements for quality office accommodation that can support a new generation of white-collar workers.

The Bucharest office market started to develop in the late 1990s and grew significantly by the mid-2000s. As of the first quarter of 2017, it is comprised of just over 2.6 million sqm, divided into 12 major office sub-markets. The construction, with one exception, has followed the city’s metro network. The largest office districts remain the areas in the north of Bucharest which enjoy good accessibility to both public (especially metro) and private means of transportation: Floreasca Barbu Vacarescu, North and Dimitrie Pompeiu. However, with the recent infrastructure improvements, new areas such as Centre West are now attracting the attention of developers.

After two consecutive years (2013 and 2014) in which the total yearly supply was close to 120,000 sqm, only 62,500 sqm were delivered in 2015, mainly because of the fact that a number of projects delayed their delivery dates. This is also one of the reasons why a large amount of office space was delivered in 2016 – approximately 290,000 sqm. In 2017, construction activity has slowed down and close to 140,000 sqm are expected to be finalised.

Historically, the market has been driven, mainly, by local or regional developers, with some smaller international institutional players acting occasionally. The largest office owners in Romania are local or are backed by Austrian, Greek or South African money. Major investors include Globalworth, Immofinanz, CA Immo, NEPI or Genesis Development, with their main activity in Bucharest and Iulius Group and again NEPI, focused on the secondary cities.

Romania (especially Bucharest and Cluj) has a large educated labour force with a good technical background, which, when combined with the excellent internet infrastructure, has made it a wise destination for IT companies. Big names, such as Microsoft, IBM, Oracle, Amazon, EA Games or Ubisoft, have chosen the country for their offices. IT occupiers were the main generators of demand in the last five years, followed by BPO/SSCs, professional services companies, banking and financial institutions and retailers.

The vacancy rate, which reached the lowest value in the last ten years, at the beginning of 2017, is expected to remain relatively stable despite the large offer. However the vacancy rates continue to be uneven between the sub-markets, which is also reflected in the evolution of the rental levels.

However, most of the large contracts in the market are signed at around the 14 – 15 €/sqm/month mark. Even though the real estate offerings in Bucharest are indisputably more diverse than in the secondary cities, the cost gap is not that wide, considering that occupiers usually compare prime projects, in regional cities, with quality assets, located outside the CBD in Bucharest.

Cluj-Napoca is Romania’s second largest city in terms of population. Construction activity picked up in Cluj-Napoca (west of Romania’s centre) in recent years, on the back of a growing demand, especially from IT companies. As of 2017, Cluj-Napoca offers the largest modern stocks of office-space among Romania’s regional cities. Current office stock consists of over 210,000 sqm, with the largest projects being the Office, Liberty Technology Park, Cluj Business Centre and United Business Centre.

The demand that is generated by international tenants, looking for flexible spaces and extension options, has influenced the offerings which have changed, from small or medium-sized projects in the past, to larger multi-phased developments in the recent years and also in the pipeline. The list of major international occupiers that already have operations in Cluj-Napoca include Endava, Office Depot, SAP, IBM, Siemens, Intel, Bombardier, Pentalog, Genpact, EXL, IQuest and SoftVision.

Timisoara is the third largest city in Romania and starting in the period, 2005-2007, the first Class A office developments appeared (Romcapital building and City Business Centre – CBC), bringing Timişoara’s office market into its modern stage. Currently, the office stock in Timişoara is estimated around 140,000 sqm, out of which close to half is comprised of the five existing phases of CBC.

However, Timisoara has the strongest pipeline of the secondary cities, with more than 50,000 sqm expected to be finalised by the end of 2017. Advanced technologies and IT&C are the main sectors which are quickly expanding in Timişoara, as a result of both “near shoring” and the growth of domestic companies. Alcatel-Lucent and Continental are the two largest occupiers in the city, but it is also worth mentioning WIPRO, a recent entrant to the market. Other representative multinational occupiers that have a presence in modern office buildings include: Bosch, Athos, Hewlett Packard, PwC, Deloitte, IBM, and Microsoft as well as other local financial institutions or insurance companies.

Iasi, the fourth largest city, which is located in the north-east of the country, has, as of the beginning of 2017, the second largest stock of office-space outside the capital city, as offerings have continually increased in the last years, fuelled by increasing demand. Current stock consists of approximately 180,000 sqm with the largest projects being UBC, Ideo and the Moldova Centre.

The large number of students present in the city and the strong technical and foreign languages universities that are in Iasi, have all attracted the interest of IT&C companies and BPO which were the most active in terms of leasing activity. Amazon just entered the market recently, signing the largest contract in the last few years (13,000 sqm). Other names such as Unicredit, Xerox, PwC, Capgemini, Yonder or NESS are also present in the city.

Finally, there is Brasov, whose office market has started to develop in recent years, on the back of a demand mainly generated by IT and BPO companies. This has made the city a cost efficient alternative to already crowded Bucharest. Its current stock of modern office-space is the fifth largest in Romania, just below 100,000 sqm mark, with the largest projects being Coresi Business Park and Brasov Business Park. There are a number of owner-occupied buildings in Brasov, which are owned mainly by banks and financial institutions.

The city has a large multilingual labour pool because of its large German sub-population, and is an important academic centre, with over 20,000 students enrolled in both public and private universities. Traditionally, demand has been generated by BPO and IT companies. The largest tenants in the market include CGS, Siemens and Tata Technologies.

Andrei Drosu is a consultant at the research department at JLL Romania.