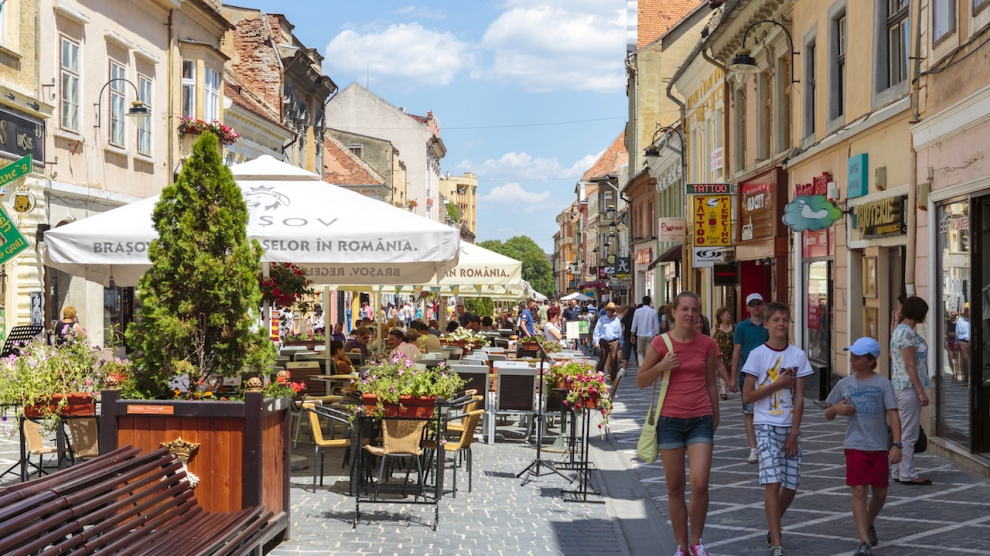 The Socialist-led government, in office since the beginning of the year, has started implementing its popular election programme by further cutting the VAT rate and increasing minimum wages, as well as public sector salaries. This has given a boost to consumption which accelerated real GDP growth in the first quarter of 2017, to an unexpectedly high 5.7 per cent, year on year.

But not everything is rosy: gross fixed capital formation was lower than in the first quarter of the previous year, whereas inventories expanded. Investment outlays declined by 3.1 per cent, mainly in equipment, while construction investments expanded, mainly in residential buildings.

Manufacturing sector growth accelerated, growing by 7.9 per cent in real terms as compared to the first quarter of the previous year. The highest increases were registered in the manufacturing of electrical equipment (34.9 per cent) and motor vehicles (20.9 per cent), destined mainly for exports within the corporate value chains of foreign investors. The Romanian economy’s shift from low- to medium-high-skill sectors continued, a move which has contributed to a decreasing vitality in the economy.

Exports were supported by the expansion of European markets and an acceleration of production in the manufacturing sector. However, imports (of goods and services) expanded more rapidly than exports (7.1 vs. 6.6 per cent). The current account deficit doubled to €690 million, in the first quarter compared to the previous year, which was also because of expanding FDI income. Foreign companies benefitted from an improved domestic demand and further growth is expected in FDI. The most important FDI projects, in the first quarter of 2017, were made in the export-oriented services sector (Deloitte, Fitbit and Huawei).

Demand for labour has grown rapidly, therefore the unemployment rate fell to 5.3 per cent in May, below the lowest pre-crisis level of 2007. However, mounting labour shortages may become an obstacle to growth, although emigration may decline and the country could attract workers from neighbouring Moldova and Ukraine.

Fiscal expansion continued, although the GDP-proportional three per cent deficit target may not be in danger in 2017. Following disputes with the National Bank and the Fiscal Council, the government scaled down the scope of fiscal loosening measures for the rest of the year.

Most importantly, wage increases for employees in the public sector were postponed, from July 2017 to January and March 2018. All public employees will see a 25 per cent wage growth, whereas doctors and education personnel will get additional salary increases. The planned total increases over the next four years have also been scaled down from ‘doubling’ to 46 per cent on average. On the revenue side, the government plans to reduce social security contributions to 35 per cent of the gross wage, in 2018, from the current 39.25 per cent. While revenues from unemployment insurance are not spent, under the current labour market situation, there would be a need for more spending on healthcare.

In view of the robust first-quarter growth, we have revised the GDP forecast upwards, to 4.8 per cent in 2017, and to 4.3 per cent in the following two years. Our expectations are still below those of Romania’s government. We see downward risks mounting, in the coming years, due to sluggish investment activity, labour shortages and increasing inflation. The recent slight downscaling of fiscal expansion may not be enough to avoid being placed under the EU’s excessive deficit procedure in 2018. The National Bank may start hiking the policy rate, towards the end of the current year, when inflation approaches the 2.5 per cent target.

Access to EU funds, under the 2014-2020 financing period, is just at its inception and may accelerate slowly in the coming years, because of a lack in co-financing capacity, as public funds have been shifted from investments to wages.

The editorial is an edited version of an article published on WIIW’s website.

Gabor Hunya is a Senior Economist at wiiw and country expert for Romania and Bulgaria, focusing on macroeconomic analysis and policy. His research areas are on privatisation and foreign direct investment in Central, East and Southeast Europe. Beyond his research and publishing Gabor Hunya is regularly engaged by national and multinational institutions and banks as a consultant in the field of country risk assessment, economic transformation, foreign direct investment flows and risks (e.g. World Bank, UNCTAD and OECD). He is editor of the annual publication 'wiiw FDI Report Central East and Southeast Europe'. He holds an MA degree and doctorate in economic geography of Budapest University.

Privatisation, Past and Present in Romania
Office Real-Estate Is Burgeoning in Romania
Comment