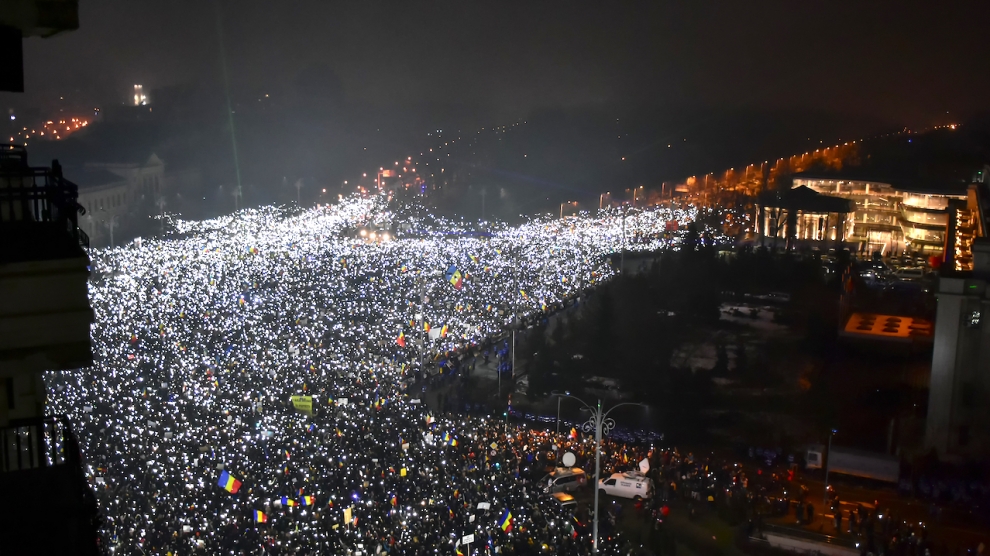 When I first came to Romania in 1990, the revolution had just finished. Ceausescu was dead and the political classes were forming into parties. That was 27 years ago. Even in 1990, people were on the streets, elated by what had been achieved. The then Government party was the party which eventually morphed into the Social Democratic Party (PSD).

Fast forward to 2017. What we have now, is a PSD government because they won the elections in 2016, without many  any complaints of manipulations — rather, apathy gave them the majority party in parliament. However, in recent days, this government has acted in an extremely dismissive manner towards the people of Romania. It has tried to pass laws which benefit those in jail and who have supported the PSD financially, over the last few years.

I have sat watching the TV these last few days and have even been to the demonstration to see what was really happening. It has been very exciting to see what might develop and you could feel that change was in the air. The atmosphere at the demonstration was incredibly calm; no violence, no anger. Admittedly there was one night when several supporters of the local football clubs decided to join in and attack the gendarmes. The gendarmes were prepared for that and it was the only night when the riot police were present, in front of the government building. The gendarmes knew what was coming. Since then, there has just been the normal gendarme presence outside the government building at night. Last night there were six.

As I have said, it is exciting and interesting to be in Romania and, particularly, in Bucharest now. There has certainly been a feeling of anticipation in the air. The actions of the Government that triggered the demonstrations we ill-thought out and had an air of Stalinist communism. However, unlike the times of Stalin no police broke up the demonstration and I am sure that the pressure of the people on the streets in Bucharest, and other towns, together with pressure from the EU brought about the withdrawal of the ordinances which had originally caused the problems.

Was the Government right to pass the ordinances in the way that it did? Probably not, because those ordinances were not in the manifesto on which the PSD was elected. Should criminal law be amended? No law is perfect and maybe there are areas which require clarification and that could be improved. This should have been discussed, rather than actioned the way that it was done. Maybe a better law would have resulted, especially as the government has now said it will discuss the law.

If they try and push through an ordinance again as they did here, I think the people will become very angry. This risk exists as the Government and its allies have more than 51 per cent of the parliamentary seats. Do the people want to change the governing party?  There is no complaint as the PSD won fairly in 2016, but those who are complaining now should perhaps have voted in December 2016, but they did not. Many people support the social programme of the PSD, even though no-one is sure how it will be paid for, but there is certainly an air of ‘give the government a chance’.

Most anger is directed at the leader of the PSD who has claimed to have no control over the Government although nobody believes him. The mood in the street and which is one I agree with is to change the leadership of the Governing party and bring in new “clean” leaders who will be welcome in the capitals of Europe. Reorganise the Government with ministers with experience and then allow them to govern according to the mandate upon which they were elected.

As events continue to unfold it will certainly be interesting times.

Nicholas Hammond was the first English solicitor to open an office in Romania in 1990. He had started his career in the City of London in the 1970. His practise covers all aspects of corporate and commercial law including company formations and corporate restructuring, joint ventures and inward investment. He has advised clients in such varied fields as aviation, insurance, banking, retail,agriculture, project finance as well as venture capital investments, real estate matters as well as leasing and Romanian intellectual property matters.