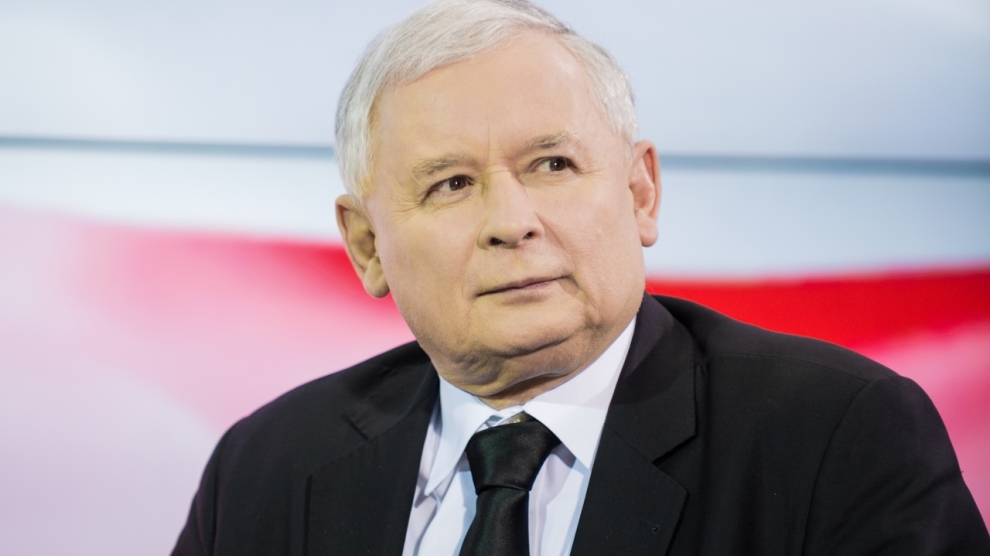 The crisis created by Poland’s ruling Law and Justice (PiS) party is nearing a boiling point. Having taken control of the Constitutional Tribunal last year, PiS is pushing new legislation through parliament that will place the rest of the judiciary firmly under the political control of the party’s majority in parliament. The European Commission is urgently examining whether it should an initiate an Article 7 proceeding against Poland for violations of fundamental rights.

The crisis in Poland is not only an assault on the judiciary; it is an attack on all independent institutions. As Freedom House documented in a report published in June 2017, the media has been a special target for PiS since it won elections in October 2015. Following the playbook, established by Viktor Orban in Hungary, PiS launched an attack against the public broadcaster early on, rushing through laws that shifted personnel management, unconstitutionally, from the National Broadcasting Council to the Treasury Ministry. The top management of the public broadcaster resigned, or was fired, and a PiS party member was appointed to head the influential TVP.

Since then, the public broadcaster has become a mouthpiece for the party. Critics struggle to get airtime, and the main news shows savage the opposition. When the opposition and civic activists held protests in December 2016, over a proposal to limit journalists’ access to parliament, TVP broadcast a thirty-minute documentary titled “Coup”, claiming the opposition had intended to take power through force. Now, during the controversies over the judiciary bills, the broadcaster’s chyron reads, “The opposition is trying to organise a coup against the democratically elected government.” The private media may be next.

Poland’s media landscape is relatively diversified, competitive and attractive to international investors, without the oligarchic ownership that made Hungary so vulnerable to state-led capture. As a result, PiS has had limited means to control private media, although it has increasingly redirected state support through advertising and other channels away from its critics and towards supportive outlets.

Gazeta Wyborcza, the country’s most widely read newspaper and a fierce critic of the party, had a 21 per cent decline in revenue, from 2015 to 2016, which was partially attributable to reductions in state and state-owned enterprise advertising. PiS leader Jarosław Kaczyński (in the photo), de facto the most powerful man in the country although he holds no government post higher than MP, has emphasised the importance of a “repolonisation” of the media sector to rid it of foreign influences. How PiS can advance “repolonisation” without running afoul of Polish and EU laws remains unclear, but the goal is there.

Instead, individual prosecutions may be the next frontier for PiS authorities. One of the party’s early changes, in 2015, was to fold the general prosecutor’s office into the Ministry of Justice, decreasing the prosecutor’s independence and making its case decisions more subject to political influence.

Now, Minister of Defence, Antoni Macierewicz, has sent a criminal complaint against Gazeta Wyborcza journalist, Tomasz Piątek, to the General Prosecutor after Piątek reported, in a book, about Macierewicz’s links, through far-right Polish actors, to Russian intelligence. Freedom House, along with nine other media freedom organisations, has called for the complaint to be withdrawn. During the crisis over the judicial laws this week, one PiS MP was caught on tape telling a journalist they would come after them next.

These attacks on independent institutions, whether it is the judiciary or the media, are rooted in PiS’s rejection of liberal democracy as a form of government. PiS promotes a world view that democratic institutions are just a mask for power; tools to be used by whoever is able to take control. It believes these institutions have previously been manipulated against PiS and that now the party sees it as “their turn” to transform the state to their own ends.

The question is whether after “their turn”, anyone else will ever be able to have one.

Nate Schenkkan is Project Director for Nations in Transit, Freedom House’s annual report on democracy in Eastern Europe and Eurasia. Prior to joining Freedom House, he worked as a journalist in Kazakhstan and Kyrgyzstan. His writing has appeared in Foreign Policy, Foreign Affairs, World Politics Review, Russia Analytical Digest, and Eurasianet.