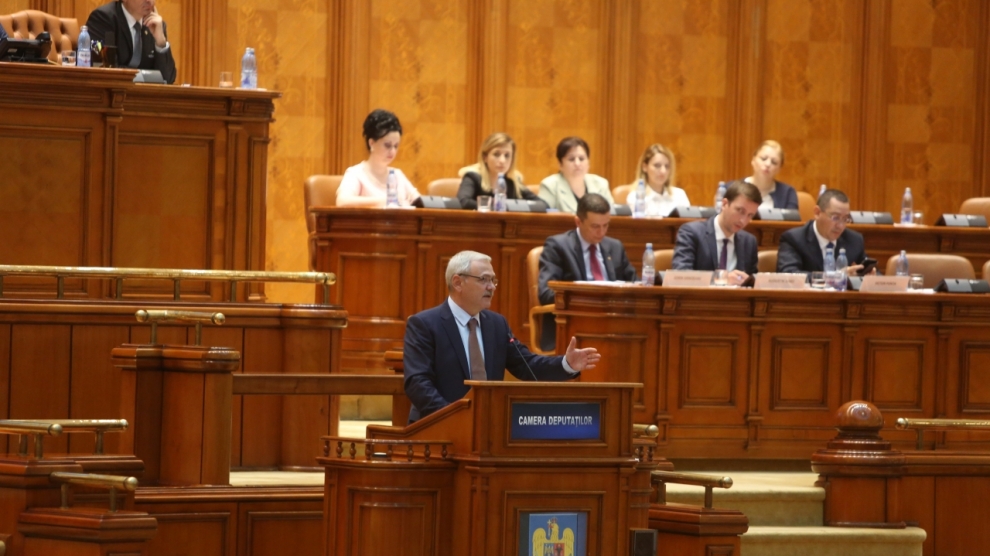 In the current European context, not many European leftist parties are successful in elections. From Western Europe to the new democracies, either populism or anti-establishment parties are seizing the moment. On the other hand, the Romanian Social-Democrats (PSD) held a steady grip on their electoral share, with a sweeping 45 per cent in the national elections, less than a year ago.

As one of the major parties in power, during the entire post-communist period, PSD has managed to survive and adapt to larger EU trends, as well as grass-roots’ realities. Even though it is a successor party, and often tainted by corruption, PSD has placed Romania on the path to EU integration and has ensured its NATO membership.

Still, neither its governmental failures nor its successes explain its steady grip on political power. Rather, its recipe for success is something that few other parties manage to have today: roots in society!

Many parties in Europe have grown increasingly reliant on the state, and PSD is no exception. Much like their Western counterparts, the main Romanian parties have developed a cartel that mobilises state resources to suit their own interest. Central and Eastern European cartel parties fuel their organisations and supporters partly through public subsidies but mostly through state capture, thus transforming public goods into club goods. PSD‘s vast territorial network ensures an additional advantage, of distributing the captured resources through the consolidated informal networks of client exchanges.

Since the very beginning of the Grindeanu cabinet, they have made their goal rather clear: of seizing discretionary control over public resources. But, the cabinet also has the major task of easing the anti-corruption legislation. With various scandals having affected the National Anti-corruption Agency (DNA) over the course of this year, such changes would have been possible with large public consultations and inclusive deliberations. However, they were done hastily, last winter, in order to officially bring the party leader, Liviu Dragnea, to the head of the government and they were extremely contentious.

The largest protests since the 1989 Revolution reflected the high public sensitivity and awareness. The protests also showed the limits of PSD’s popular support from younger urban professionals.

Numerous MPs from both the PSD ruling party and the opposition (PNL) are in specialty commissions, supporting the initiative to amend the criminal and criminal procedure codes. While the public justification for this exists in a certain level of ambiguity regarding criminal offences in public office (e.g. influence peddling), the motivation for both of the largest parties in Romania, to support such amendments, is to safeguard their elite from pending investigations or court decisions. Given this personal motivation, it is highly likely that some form of revision will take place in the months following the summer break of parliamentary sessions.

One of the latest developments suggests that an alternative way of implementing discretionary control over public institutions in Romania is the latest legislative provision to suspend Corporate Governance procedures (i.e. L111/2016) for various SOEs, which de facto increases the governing coalition’s control over them. It is amplified by critical delays in management recruitment and questionable political intermediary appointments.

Given Romania’s upcoming presidency of the Council of EU in 2019, the vast majority of political leaders in Romania are having frequent dialogues with EU representatives. Additionally, as foreign pressure to uphold the RoL has worked very efficiently in the past, it is likely to work just as well in the near future.

Nevertheless, with the recent impeachment of the Grindeanu cabinet, on the grounds of poor governmental performance, the policy and institutional predictability is very low. PSD had a comfortable majority to allow it to change its own government, but the reasons for doing so remain indiscernible, as it was not entirely clear what its policy or administrative failures were. The domestic and international press has focused on the personal conflict between party leader, Liviu Dragnea, and former Prime Minister Grindeanu. It is, however, much more important to discern what will prevent such intra-party divisions with the incumbent prime minister, Mihai Tudose. As Liviu Dragnea can no longer hope to become prime minister given a constitutional court ruling, its objectives with Tudose cabinet will be targeting the general control of key decision-making positions as gatekeepers of state resources.

The current cabinet will face significant pressure concerning issues such as the fiscal deficit or the preparation of Romania’s presidency, in 2019. Another contentious issue is the announced Sovereign Fund whose purpose or structure is not clearly described. OECD membership would have been the ace on any current government’s sleeve, but the efforts in this regard are weak if at all present. On top of these harsh issues, a lack of specialised units and experts in relevant positions makes for a poor overall administrative capacity.

On the upside, the fight against corruption is likely to extend more and more towards prevention, promoting public ethics and increasing institutional capacity at a local level. On the downside, the quality of the governmental process, especially as concerns public funds is likely to decrease, because of poor management and a lack of evidence based policy-making, as well as opacity, lack of transparency and no clear chain of accountability.

Is the party-state inter-penetration helping or hindering PSD? More likely than not its support base will diminish, if governance objectives remain oriented towards the benefit of a few select central office elite. Its roots in society will then wither, much like everywhere else.

Clara Volintiru is Professor of International Relations at the Bucharest University of Economic Studies (ASE) and Director of the New Economy and Society Programme at the Aspen Institute Romania.