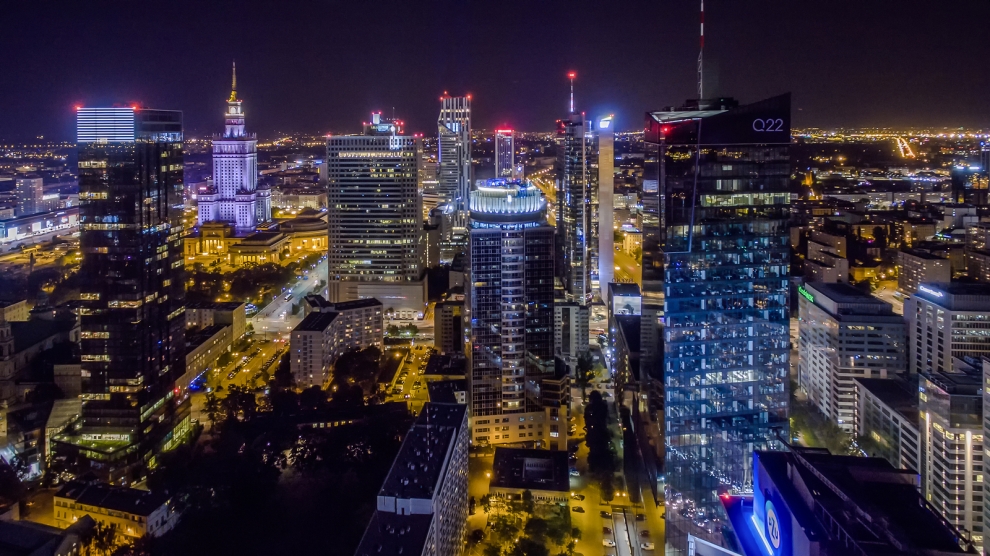 For more than a thousand years of its history, Poland (and the rest of Central and Eastern Europe) was a perennial economic underachiever, stranded on the distant periphery of the European economy. From the start of the 17th century until very recently, Poland’s GDP per capita PPP almost never exceeded half of the average level of Western Europe. In 1991, at the bottom of the post-communist recession, the average income of a Pole plummeted to less than one quarter of the income of an average German (and less than one tenth in nominal terms).

Poles also earned less than the citizens of Gabon, Ukraine or Suriname. Much like Adam Smith, who derided 18th century Poland for not being able to produce “any manufactures of any kind, a few of those coarser household manufactures excepted, without which no country can well subsist”, at the beginning of the post-communist transition there were hardly any experts who would bet any money on Poland’s future economic success.

And yet, almost 30 years later, Poland has become by far the most successful economy in Europe. Since 1989, it has increased its GDP per capita by almost 150 per cent, more than any other country on the continent. The Czech Republic increased its income by only three-quarters; Hungary by barely a half; and the eurozone by less than 40 per cent. In PPP terms, Poland’s GDP per capita grew even faster from USD 10,300 in 1990 to more than 28,000 in 2018 (in 2011 constant dollars).

Since 1995, Poland has also become the fastest-growing large economy in the world among countries at a similar level of development, beating even the Asian tigers such as South Korea, Singapore and Taiwan. In 2018, the average level of income in Poland exceeded two-thirds of the Eurozone, the highest level on record. In recognition of these achievements, this year Poland became the first post-communist country to join the FTSE Russell list of developed countries.

The roots of Polish growth

This unprecedented success has happened despite Poland having no natural resources, and despite the country keeping public and private debts low and ensuring that growth lifted all boats. Indeed, Poland has been the only post-communist economy where incomes for the whole of society (100%) have grown faster than the G-7 average. Unlike most other fast-growing economies, Poland achieved its remarkable catching up with the West while being robustly democratic, with 17 different governments since the start of the transition.

But how did this thousand-year old economic laggard manage to step up and become Europe’s growth champion? In a new book I argue that after 1989 Poland was successful for the first time ever because it adopted good economic policies, including a deep economic reform in 1990-91, fast institution building, foreign debt restructuring, a boom in education, and an open and transparent privatisation process, which – unlike in most other CEE economies – did not produce oligarchs. These policies have supported an uninterrupted growth spurt since 1992, the longest in European history.

First, Poland developed because for the first time in the country’s history, its economy was supported by an inclusive, egalitarian, well-educated and socially mobile society, which allowed the whole population to flourish. At the beginning of the post-communist transition it did not matter what last name one had, where he or she was from or what parents someone had ‘chosen’ for themselves. All of today’s billionaires are ‘self-made’. This was not the case before: for most of its history, Poland was a perfect illustration of an extractive society, which – as Daron Acemoglu and James Robinson would put it – was ruled by the few for the benefit of the few.

To give a poignant example, in 1938 only about one per cent of society could afford to go to university, 50 times fewer than today. Such social apartheid kept the economy from growing. It was the Second World War and – above all – the shock of communism that demolished the old, feudal, pre-modern and harmful social structures, opening up society. This newly emerged socially inclusive society was not visible until 1989, buried under the distortions, disfunctions and absurdities of a planned economy, but when real socialism collapsed, it established the foundations for the subsequent economic miracle.

This example demonstrates a larger point about what makes countries rich and what keeps them poor. Violence, mostly in the form of external intervention or pressure, was the (unfortunate) condition for countries to move from an extractive, growth-inhibiting social equilibrium to an inclusive, growth enhancing equilibrium. Among 44 countries today that the World Bank defines as high-income (minus oil-rich countries and small island economies), most have gone through a period of intense violence in the past, which was needed to remove the old, harmful elites, and become inclusive. Without such violence, the old elites stayed on and dragged their countries down with them. There is a good reason why almost 150 countries around the world today continue to be poor or are struggling to catch up with the rich.

The second element in Poland’s success was a strong social consensus that the country should become like Western Europe and meet all the conditions to accede to the European Union as quickly as possible. A third factor was the high-quality of policy-making elites, who – unlike their Eastern peers in Ukraine or Russia, for instance – knew exactly where they were going. It also helped that almost every single economic policymaker in Poland after 1989 had studied in the West, learning modern economics; in contrast, until 2002, no Bulgarian minister of finance even spoke English. The final two reasons for Poland’s success were the openness of Western Europe to Eastern Europe, and the emergence of a nascent middle class and new business elite, which helped support a democratic system and open markets.

Given its high quality of human capital, relatively high level of productivity combined with low wages, macroeconomic stability, improving infrastructure, open borders to trade and capital and so on, Poland’s economy is just too competitive to slow down any time soon. The ongoing GDP growth – five per cent in 2018 and a projected 3.5-4 per cent growth in 2019 and 2020 – bears testament to that.

But the continued catching up will need to be supported by an upgraded growth model, which I call the ‘Warsaw Consensus’. This incorporates ten policies, which most economists would agree on and are critical in supporting further convergence. These policies include the need to build and sustain strong institutions, increase domestic savings, invest in education and innovation, and remain open to immigration.

In addition, it is highly important that society remains inclusive, which is something that the current government has performed well on as it introduced a child cash transfer that almost eliminated extreme poverty, increased minimum wages and made taxes more progressive. Finally, and above all, one needs to keep the European Union strong: without it, Poland would quickly revert to the dark periphery of the continent, where it has languished for long centuries in the past.

If the policies of the Warsaw Consensus were implemented, Poland ought to be able to grow at more than 3 percent per year and catch up with the West within the life of the next generation. Poland’s miracle can continue.

This article was first published at LSE Blog and is reproduced here with permission. The views expressed are the author’s own and do not necessarily reflect Emerging Europe’s editorial policy, the views of EUROPP, the London School of Economics, the World Bank or Kozminski University. For more information, see the author’s new book, Europe’s Growth Champion. Insights from the Economic Rise of Poland (Oxford University Press 2018)

Dr Marcin Piatkowski is a Senior Economist at the World Bank office in Beijing, China, and an Assistant Professor at Kozminski University in Warsaw.

Will Poland’s Law and Justice party win this year’s elections?
The quest for change in Bosnia and Herzegovina
Comment