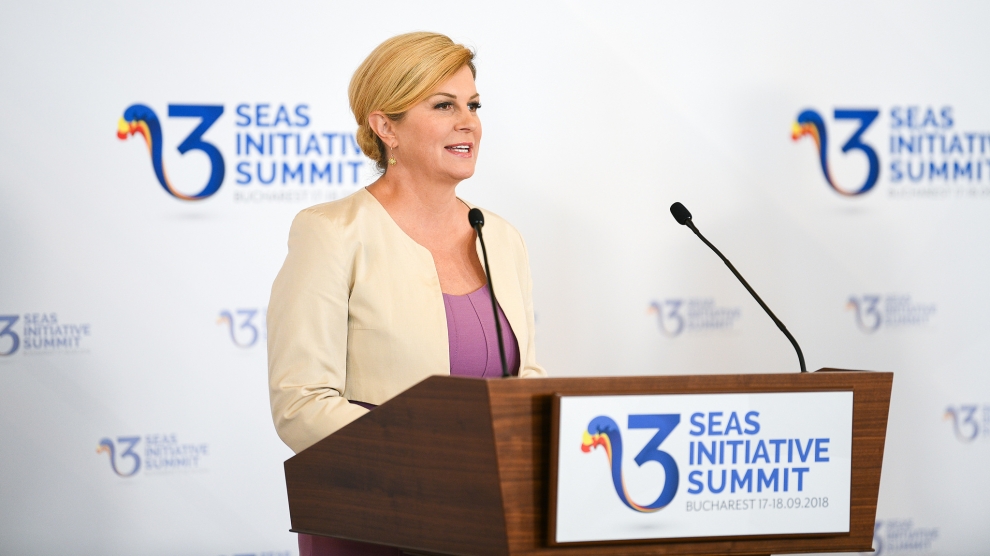 Polish President Andrzej Duda proposed the initiative during his inauguration speech and has been its driving force. But as the largest power among the TSI states, Poland was circumspect enough to let Croatia begin the summit. In August 2016, Croatian President Kolinda Grabar-Kitarović organised the first meeting in Dubrovnik, and Warsaw hosted the second one in 2017.

The venues for the first three summits were not accidental. Poland, Romania and Croatia are the countries with the most to gain from the initiative.

Throughout the 20th century, there were plenty of efforts to bring countries between the Baltic and Black Sea together. While they differed in scope and meaning, they had two things in common: They were all intended to protect smaller and weaker countries in Central and Eastern Europe against neighboring powers, and, usually, they failed.

When the Habsburg monarchy started to disintegrate, leaders of Czech, Slovak and Polish liberation movements discussed creating a union of nations in Central and Eastern Europe. However, after World War I, a border conflict between Poland and Czechoslovakia made this unviable. Polish leader Jozef Pilsudski again envisioned a multinational confederation from the Baltic to the Black Sea, including Lithuania, Belarus and Ukraine with Poland at the group’s center. The project became known as the Intermarium, or Miedzymorze in Polish. It was inspired by earlier ideas from the Polish nobleman Adam Jerzy Czartoryski (1770-1861), who believed that resurrecting the old Polish-Lithuanian Commonwealth could best protect the country’s security.

The Intermarium’s geopolitical raison d’etre was to provide a counterweight to Russian or German imperialism. However, the plan faced opposition from many sides. A lukewarm reception from the Western powers, Lithuania’s fear of Polish dominance, the Bolshevik conquest of Ukraine and the Polish-Soviet war (1919-1921) all doomed the concept.

During World War II, the Polish government-in-exile, led by Wladyslaw Sikorski, proposed a new Polish-Czechoslovak confederation. The plan was supported by the United Kingdom and the United States but was strongly opposed by the Soviet Union. After three years of negotiations, Czechoslovak President-in-exile Edvard Benes subdued to a mounting pressure from Josef Stalin and suspended the talks. (In the Balkans, a similar plan to establish a federation of Greece and the Kingdom of Yugoslavia, backed by Churchill, also failed.) Soon, Poland, Czechoslovakia and Yugoslavia became parts of the Soviet dominion and efforts toward regional integration were frozen.

The end of the Cold War provided an opportunity to revive regional cooperation. Italy attempted to organize relations in Central Europe, guided by Foreign Minister Gianni De Michelis (1989-1982), who found inspiration in Claudio Magris´s book The Danube. Four countries on both sides of the crumbling Iron Curtain – Italy, Austria, Hungary and Yugoslavia – established the Quadragonale in 1989.

The initiative was nominally meant to overcome divisions between opposing Cold War blocs, but Italy’s real interest was to pivot Central Europe toward the South and balance the growing influence of Germany. Yet the Balkan wars and the rapid expansion of the group (which is now called the Central European Initiative, or CEI) ended up creating a forum of 18 states without a meaningful agenda.

Apparently, Italy was punching above its weight. With more success, in 1991, Poland, Czechoslovakia and Hungary established the Visegrad Group, which has probably been the most effective regional forum until now. All of these undertakings, however, were overpowered by effects from the eastward enlargement of NATO and the European Union.

Each country in Central and Eastern Europe wanted to quickly become interconnected with the West. Meanwhile, the “core” EU members (Germany in particular) wanted to have easy access to markets in the East. Hence, both the old and new EU members focused their attention and resources on fostering political links and modernising economic infrastructure along the west-east axis. But the infrastructure along the north-south axis, which would connect the new members among themselves, has remained seriously underdeveloped.

Road transportation provides a good example. While modern highways connecting Prague with Frankfurt and Berlin have been in service for a long time, highways connecting the Czech capital with Vienna or Wroclaw are far from being completed. In Poland, one can easily travel by car from Warsaw or Krakow to Berlin or Dresden, but driving from Szczecin to Prague or Warsaw to Budapest is a difficult experience.

The situation is even more alarming in the energy sector. Most of the TSI countries are heavily dependent on Russia for their gas supplies. The biggest existing gas infrastructure investment is the Nord Stream I pipeline connecting Russia with Germany – and bypassing Poland and the Baltics.

In the TSI countries, this has been seen as making them more vulnerable, and the projected Nord Stream II could further exacerbate the situation. Conversely, diversification of gas supplies from sources other than Russia and the construction of new pipelines along the north-south axis would improve energy security and reduce potential leveraging by Russia.

Finally, Russia’s hybrid warfare has provided a very strong incentive to develop infrastructure along the eastern borders of NATO and the EU. Recently, NATO has adopted multiple measures to secure its eastern flank, including new military deployments. But without improving both civil and military mobility – i.e. by building quality roads, railways, bridges, airports, pipelines, and fiber optic links – the eastern frontiers will remain indefensible.

A motor for integration

This is the backdrop against which the TSI has emerged. It was founded on the observation that the development of strong ties with “old Europe” did not go hand in hand with regional integration. The TSI seeks to connect the new EU members among themselves in three main areas: energy, transportation infrastructure and digitalisation. Participating states have identified some key energy and transportation projects as TSI flagships.

In the energy sector, there are at least four distinct macro-projects:

In the transportation sector, there are also four major infrastructure projects:

So far, most of those projects are still on paper. Krzysztof Szczerski, the Polish president’s cabinet chief and the main architect of the TSI, recently said that “we enter a key stage as TSI evolves from a theoretical concept to practical implementation.” Turning all these plans into reality will require big capital inflows.

The TSI is a promising plan with interesting economic potential but also a few inherent political fault lines. So far, it is mostly funded by member states with little private participation. To succeed, the project must overcome three hurdles. The first and most crucial question is who the investors will be. Secondly, the TSI must stay united and convince Brussels that the project is in the interest of the EU as a whole. And third, it must secure the support of important countries outside the EU.

Outside Europe, Russia may certainly try to kill the plan, not least because it prefers investments along the west-east axis. On the other hand, the U.S. will continue to firmly support the plan, as it has from the very beginning. U.S. President Donald Trump attended the 2017 summit in Warsaw, and US Secretary of Energy Rick Perry came to the most recent one in Bucharest.

Washington’s attitude is clearly tied to future LNG exports to Europe and improving the security of NATO’s eastern flank. China may also support selected TSI projects because of potential synergy with Beijing’s own regional structure covering Central and Eastern Europe (the so-called 16+1) and its Belt and Road Initiative. Turkey will play an important role, because it controls the Black Sea straits and serves as the only viable option for alternative terrestrial gas supplies.

Inside Europe, the TSI was initially approached with suspicion. Germany viewed gas projects as competing with their interests and Brussels feared the initiative’s divisive potential. Dissent even appeared within the TSI; for example, some Czech and Austrian diplomats expressed concerns that the project could harm their relations with Berlin.

In the run-up to the September Bucharest summit, TSI leaders started a diplomatic offensive, arguing that the project’s aim is neither to create an alternative to the EU nor to target any specific EU country. In the short term, they were successful, if one goes by the big names that attended the event: European Commission President Jean-Claude Juncker, top representatives of major international banks, and German Foreign Minister Heiko Maas in the role of the partner country. The TSI also attracted reasonable attention from the business community and agreed to establish the Three Seas Investment Fund to generate resources for financing their projects.

In the long run, the TSI will avoid failure only if both its member states and EU institutions play their parts of the game rationally, with understanding of their mutual interests. The Central and Eastern European countries seem to appreciate that such a project can hardly progress without EU support.

A lot will ride, too, on EU institutions’ ability to grasp that the improvement of security and stability in CEE is in the interest of the body as a whole, and these projects deserve the mantle of legitimate EU investments. The TSI countries can proceed confidently, as long as they stay united. Their voting power in the EU is strong enough to achieve their objectives.

Alexandr Vondra is a Czech politician and former senator. He was the spokesman for Charter 77 and one of co-founders of the Civic Forum during the Velvet Revolution of 1989.