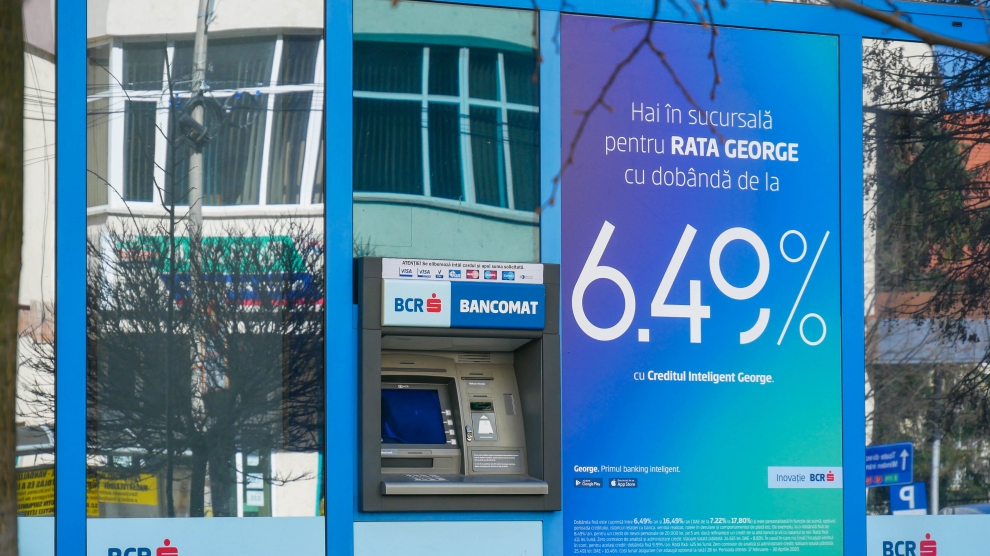 The Covid-19 pandemic has hit almost every country in the world, including many Eastern European emerging markets, such as Romania, Moldova, Poland, Serbia, the Russian Federation, North Macedonia and others. The negative impact is deep even in developed countries (see the sharp decrease in UK GDP) and will be long lasting.

Although there are clear steps which can be taken to restart economies after the great lockdown, the direct and indirect financial costs are huge. In these convoluted times, savings are instrumental for millions and millions of people, as well as commercial banks, central banks and governments. The need for stimulating measures cannot be emphasised enough. But are they incentivised?

Specific to Romania during the pandemic, however, was the fact that the infection rate was initially accelerated by the large number of Romanians returning from other developed EU countries, looking for the protection offered by a country that had been less affected than regions such as northern Italy, Spain or major European cities. According to the Romanian government, some 1.3 million Romanians had decided to return by May, and the influx has continued since. In addition, the Romanian macroeconomic equilibria before the crisis were very fragile, to put it mildly.

Unexpectedly, the level of deposits made by the population and other non-governmental entities with banks has slightly increased during the current pandemic. While such a trend is almost difficult to believe, it has at least one prime facia explanation though. The 1.3 million Romanians returning home brought with them some money which they deposited in foreign currencies with Romanian banks. The higher increase of the foreign currency deposits is one of the most unexpected features of the population’s behaviour during this turbulent pandemic crisis.

An additional explanation is related to the fear created by the pandemic amongst the population. The month of April 2020 was especially tense with many depositors switching their deposits from lei to euros or other hard currencies in order to avoid sharp depreciations of the leu. Actually, this month could have been labelled as that of the “great panic”. Many depositors turned to the banks to get hold of their deposits, either in lei or euros. Large amounts were requested back in cash without any rationale. The banks needed to conduct strict daily cash flows and in some cases the release of deposits was limited to reasonable withdrawals only. Fortunately, the emotional behaviour of the population calmed down in May 2020.

On the other side, other segments of the population were quite prudent in buying white goods such as TV sets, furniture and clothing, which were not of immediate need in such times. The situation could also be explained though “stay at home” measures and the state of emergency introduced by the Romanian authorities in April 2020, followed in May by a state of alert, in force until June 15. In a much-disputed constitutional process, it was extended by the government for one more month without the approval of parliament. Practically all large shopping centres were closed until June 15 (some relaxation measures were introduced after that) and the acquisition of non-food products by the Romanian population was almost impossible despite the nascent electronic market for all types of goods and services.

The modest increase of the population’s savings has been a good development. However, the National Bank of Romania (NBR) and the commercial banks should implement adequate measures to consolidate such a good trend. The interest rates are on a very downward trend, in accordance with the signal given by the refinancing rate established/decreased by the NBR. The level of interest rates, which should be adequate and cover at least inflation, and the quality of banking services (including through electronic means) are crucial in this respect. According to Guarantee Fund of Banking Deposits there were 14.2 million accounts collecting deposits in the banking sector as of end-2019.

The current attitude of some commercial banks and Romanian politicians – that savers alone should bear the cost of the pandemic – is totally wrong. Interest rates should not be manipulated, especially during an election year when savers will have their say at the ballot box: both local and parliamentary elections are to be held in Romania over the next six months. In short, the costs of the pandemic should be born fairly by the whole of society.

The case of Moldova, although similar in many ways to that of Romania, is nevertheless different. The pandemic also hit Moldova with clear economic consequences on the country’s savings. As opposed to Romania, however, deposits have had very flat trends, both those denominated in local currency and in foreign currencies, which is a clear indication of the population’s prudence in very uncertain times, and of lack of spare money to be saved.

Moldova also has a large number of retired people amongst its 2.68 million residents, most with very modest pensions. Their ability to save is severely limited and they manage their day-to-day expenses with the help of remittances sent by around one million Moldovans working abroad. Unfortunately, these remittances have in recent months been decreasing. In addition, the total gross foreign debt of the country increased to 7.55 billion US dollars at the end of 2019 (Moldova started its transition with zero foreign debt). The ratio of this key indicator to GDP was already at 63.1 per cent as of end-2019, which is much higher than in Romania. It is very likely that such a ratio will increase this year as Moldova will continue to borrow from external partners (mainly the Russian Federation) and other international finance institutions and its GDP will probably contract.

For Romania (incipiently) and for Moldova (more so for the separatist region of Transnistria), one collateral result of the current distortion of international and local markets due to low interest rates is that some peoples have started to turn to innovative schemes/platforms to place their money/savings. Cryptocurrencies are one such unregulated monetary instrument.

All cryptocurrencies have been in bubble mode from the very beginning, unpredictable, unstable and high risk. Generating and holding cryptocurrencies is highly speculative and it is very likely that these virtual assets will eventually deflate. While the relation may not be immediately obvious, the amounts of money accumulated into cryptocurrencies have, inter alia, something to do with the low interest rates in the regulated banking sector. Requests from central banks (both from the NBR and National Bank of Moldova – NBM) to regulate these instruments are barely heard, as long as the interest rates offered by the banks are not remunerative. The current extremely low level of these rates is a strong incentive for cryptocurrencies to flourish.

To control its key macro-economic correlations, Romania needs a set of domestic measures, amongst which the further stimulation of savings is crucial. In parallel, in the very short term the Romanian authorities and the whole of society should first and foremost focus on the grants and loans offered by the EU (33 billion euros, of which 19.6 billion euros is offered as grants, the rest as loans) that were allocated for Romania out of the 750 billion-euro recovery fund against the negative impact of Covid-19.

Increasing savings is a need in Moldova as well, but for now the Moldovan government and the NBM should implement measures to stimulate the inflow of remittances from Moldovans working abroad. The recent decreasing trend is worrisome in an economy in which remittances used to contribute 15 per cent of GDP – more in some years. Under the current situation, Moldova’s access to international markets is rather limited and therefore borrowing from traditional partners (such as the Russian Federation or from international financial institutions such as the IMF, the World Bank, EBRD, IFC and others) would be a temporary way-out from the current difficult position.

Internal measures to control the public debt are much needed too (see the large fraud in the banking sector of which only a very modest amount has so far been recovered). The trust of the population in the Moldovan leu and in the banking sector, starting with the NBM, should be enhanced and domestic savings should be a national priority.

All of Europe’s developed and emerging markets, including Romania and Moldova, have started to relax the restrictions introduced due to the pandemic, but this crisis is not over yet. Stimulating the saving process should not be treated only as an opportunity, but as a clear “must” until the world, including the two countries, is out of trouble.

Poland takes over presidency of Visegrád Group
Navigating uncertainty is possible, even in a pandemic
Comment