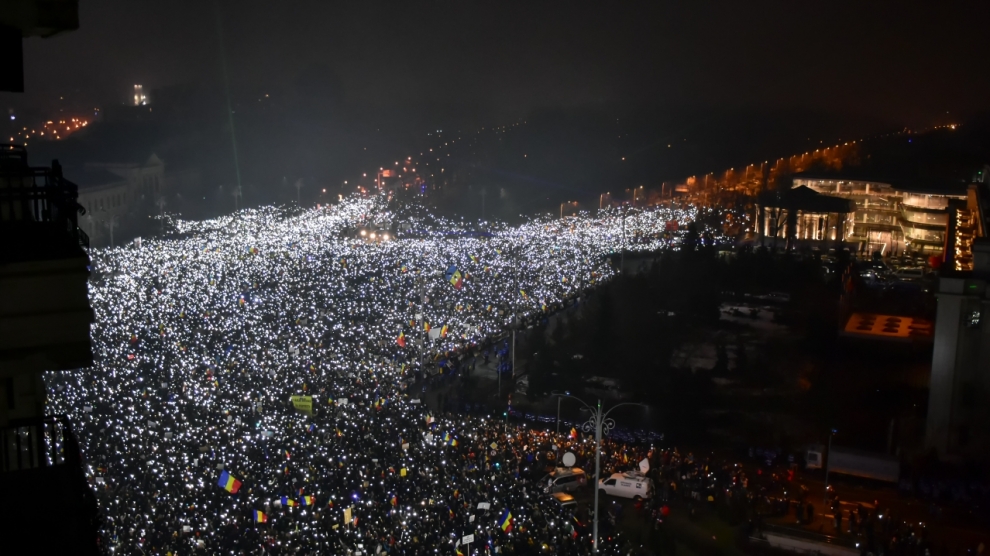 Despite the ruling PSD-ALDE coalition’s chaotic fiscal policy, and its ongoing attacks on the justice system, Romania can and will continue to be a factor of stability in Central and Eastern Europe. Concerns regarding the country’s evolution are justified – up to a point – but they will not affect the fact that Romanian citizens are amongst the most pro-European of the 28 EU member states. Moreover, Romania does not have the luxury of taking a path towards illiberal democracy.

Firstly, Romania is not (unlike its Central European neighbours) a Eurosceptic country. Just the opposite. Strong public discontent is directed towards local, not European, leaders. Secondly, Romania is not in the position to start hedging strategically, being practically surrounded by neighbours much less intransigent to Russian influence and propaganda. Romania is, and will remain, a staunch European and transatlantic nation. Thirdly, the Romanian ruling elite is far less sophisticated than its counterparts in the region, whose national-conservative-authoritarian ideology is far more coherent. In Romania, all we see and hear are occasional outbursts of such things.

The Romanian consensus – reached in the early 1990s and which has as its central tenet European and transatlantic integration – still holds. Both the president and the ruling coalition (otherwise locked in a Cold War-style co-habitation) agree that Romania should aim to be a part of core Europe. This is not naive or wishful thinking. Going west has been the Romanian dream for centuries and, despite all odds, has made today’s Romania and its current alliances possible.

Poor governance, corruption, a sharp demographic decline and an exodus of millions are the real problems of today’s Romania. Fiscal rectitude will return. The independence of the judiciary will be preserved, despite the current turmoil. But the absence of a balanced model of development for all Romanians, creating the bizarre situation that regional disparities have increased after 10 years of EU integration and tens of billions of euros of structural and cohesion funds – this is Romania’s real problem.

This year, Romania’s GDP will surpass the symbolic threshold of 200 billion euros. An annual growth rate of 5 per cent is perfectly possible, with other engines of growth than consumption fueling above average performance, including amongst our peers in Central and South East Europe. With smart politics and responsible politicians, Romania can transform its economic and growth models and be among the few emerging economies that can avoid the middle income trap.

So when you see on the news that young people protesting in the streets of Bucharest, they are rallying not only against one or more pieces of legislation. They know that Romania can escape its history and geography, catch up with lost time and become a prosperous, well administrated, democratic nation.

Understanding Romanian society at large, or its political class, is an extremely complex and difficult process. Romania was one of the harshest communist regimes, with a leader and an elite who relied on terror to stay in power. Starvation, fear, cold, manipulation – this was the Romanian reality before 1989. Such things remain important because neither the autocratic tendencies of a part of the political elite, nor the population’s collective memory, have totally vanished.

On the bright side, Romanians always associated freedom with the West and it was a conscious decision to join NATO and the EU. Nobody forced Romania to adopt the democratic model. It was not the United States who wanted a Strategic Partnership 20 years ago, but the Romanian political establishment of the time, which understood that there is only one viable way for the country to develop. Joining the EU was similar. A sacrifice was made, in terms of the privatisation of several economic and industrial assets (and some might even argue that the price paid was extremely high), in order to become part of the European core. The generation that is now protesting in the streets for the preservation of the rule of law and for a prosperous Romania was educated during the period when the country was in the process of becoming an integral part of EU and NATO.

Despite the economic growth of recent years, Romania still has two major unresolved issues: the level of corruption, and the level of poverty and social exclusion. Important steps have been made in both areas. And, despite what some might believe, it was not because Romania was forced to do so by Western institutional bodies, but due to pressure placed on the Romanian political class by Romanian citizens. They understood that true development could only come if the country embraced democratic values. And people are tired and frustrated at the low level of public and private governance.

Unfortunately, during the 10 years that have passed since joining the EU in 2007, the relationship between Romania and the European institutions has become unbalanced. Economic development did not come as fast as was needed, Romania still has a CVM in place and has not been allowed to join the Schengen Area, even though technical criteria were met (after all, Romania is one of NATO’s key Eastern borders). Moreover, the Romanian worker become a black sheep in some European countries and was even the target of several political attack campaigns.

Western democracies sometimes fail to understand is the fact that they have an undefeatable ally here – Romanian citizens. The young, educated professionals who have studied and worked abroad, the skillful workers who moved abroad for good or temporarily in order to provide for their families, the families that live from remittances – they all represent a stark defender of Western values.

Unlike Hungary or Poland, who are increasingly being drawn towards an illiberal, anti-European model, Romania is still a stable part of the EU. And this stability will continue, despite the current situation, because things have already become embedded. What the current political majority fails to understand (or in some cases pretends not to), is the fact that Romanians will no longer tolerate this level of indifference towards their genuine need to live a decent life. The real concern is that there is no credible alternative in Romania. President Klaus Iohannis was elected precisely because he was different, but has so far been disappointingly quiet.

Having a more balanced Romania is in the interest of everybody, especially the West. Russian propaganda has not been slow to react: its message that the West is selfish and decadent, and its promotion of the need for a more nationalist Romania has had a positive response from some: after all, everybody gets tired of being always portrayed as the black sheep eventually.

So instead of always threatening infringement penalties, maybe the European institutions should focus more on truly understanding a country that has known a form of democracy for only three decades, not centuries. And provide real help and open up to dialogue. The lack of the latter might sometimes be regarded as arrogance. And, in a time when we all try to understand the new world order, it is collaboration, and not arrogance, that is key. Because at the end of the day, we all have something to gain from working together.

Ana Catauta is a Romanian political communications consultant. She is founder of New Machiavelli Communications.

Why the Baltic States Should Reject the Nanny State
Next Christmas in Belgrade? The EU’s Move into the Western Balkans
Comment