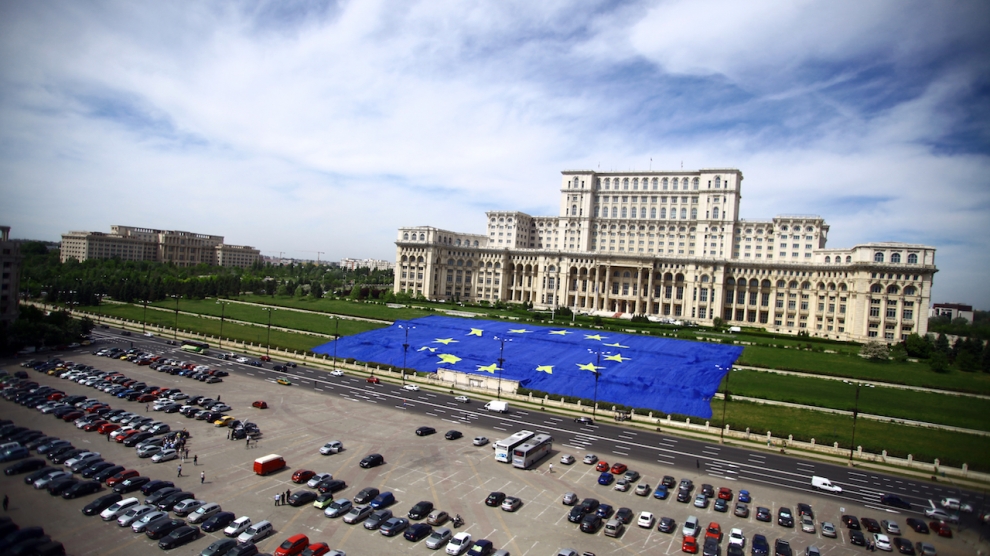 It was on January 1, 2007, some fifty years after the creation of the European Economic Community, in the Treaty of Rome, that Romania officially became a full member of the European Union. The country’s road towards integration has lasted fourteen years after signing the Association Agreement, back in 1993. It has been a long journey, full of hurdles, in parallel with the process of modernising the country and of consolidating the rule of law in our young democracy.

Despite being the first former communist nation to sign the Association Agreement with the EU, the negotiations between the Romanian Government and the European Commission were only initiated in February 2000, long after Poland, the Czech Republic and Hungary, who were the front runners of the integration. It was as if it finally marked the end of a decade of lost opportunities for Romania, as the 1990s could be called, and it was the beginning of laying the foundations for a new start.

The negotiations lasted for five years, during which time there were many accomplishments for Romania. Progress was made every day, and there was a consensus between society and the political parties to speed up the process, to shorten the time and to modernise the country, by adopting the EU legislation – overnight at all costs. Our future couldn’t have looked brighter. It was also a time of selling some of the most valuable state assets, which later became a subject of controversy. It was a period for convincing the EU that Romania was committed to democracy and a market economy. With Hungary, Poland and the Czech Republic becoming full members of the EU in 2004, public pressure increased even more to hasten integration.

In recognition of the progress achieved by Romania in consolidating the rule of law and in controlling its borders, some visa requirements were lifted, starting in 2002. Romanian citizens became free to travel to EU countries. For many people, the freedom to travel to more developed regions abroad was of greater significance than the integration itself. In 2002, the minimum salary in Romania was around €40 net, while the average income was approx. €100. However, large industry was being dismantled which left behind mono-industrial regions where residents were struggling to survive. Thus, the lifting of visas fuelled the process of emigration, with Italy and Spain attracting over two million Romanians, mainly from the rural areas, who were offered jobs especially in agriculture and basic services.

By 2003, the success of the negotiations for integration was already looming, therefore a referendum was held to allow the required loss of sovereignty in favour of EU. A year later, Romania was admitted into NATO. It was like nothing could stop us; the economy was steadily growing with rates exceeding the EU averages and country by country we were ratifying our integration treaty in 2005 and 2006. When the last Member State to sign the treaty, Germany, submitted the ratification instrument on December 20, 2006, we knew that our dream would come true on 1 January, 2007.

Unfortunately, we stopped there. We did not prepare any plan for the aftermath of integration. There was no longer a consensus between the political parties and society. In addition, the economic context became unfavourable for us. In 2008, Europe was hit by a crisis and all of the sudden, overnight, everything changed. Romania’s budget deficit exploded and borrowings became too expensive to cover it. New taxes were introduced and VAT was effectively raised overnight, in parallel with significant salary cuts in the public sector.

The millions of Romanians, who had started a new life abroad, soon discovered that they were no longer sheltered from the vicissitudes of life. Those who remained in Romania witnessed an abrupt increase in taxes, a sudden decrease of salaries and a drastic depreciation of the domestic currency. After so many years of struggle, we were finally in EU but only to arrive in the aftermath of the 2008 financial crisis. We discovered that EU membership was not the universal panacea to our problems. Additionally, we had to observe the rules to which subscribed through integration as well, if we wanted to enjoy the benefits of membership.

Instead of the expected accelerated convergence after integration, and only two years after integration, our government gave us massive tax rises together with salary cuts; done to cope with the huge budget deficit that was accumulated in the years of economic growth based on consumption, and following the same Government’s irrational economic policies. We realised that for the convergence to happen, we first needed to establish objectives and realistic implementation plans. The absorption of non-reimbursable EU funds, which should have constituted a driver for our development, stalled due to a toxic combination of corruption, lack of competence and poor legislation.

In spite of all those adverse circumstances, it is of public evidence that this first decade of EU membership has seen faster modernisation and socio-economic development in Romania and an improvement in Romanians’ quality of life. Judged exclusively from a balance of payment perspective, Romania’s EU membership has brought us around an extra €27 billion which has contributed to the further modernisation and development of the country.

This is because the vast majority of those funds were spent in building basic infrastructure (especially in the construction of aqueducts and water sewage systems, improvement of country’s roads, further construction of highways, railways and the Bucharest subway as well as investments and direct payments in agriculture and rural communities). Since integration into the EU, Romania’s GDP per capita, in terms of PPS compared with the EU average has advanced spectacularly in only ten years, from 35 per cent to 55 per cent — the highest increase of all ECE countries.

In addition, the Romanians who now live and work in other EU countries have sent over €52 billion home during these past ten years, which has also contributed significantly to raising the living standard of Romanians.

It is equally true that we did not capitalise the benefits of EU membership to the full extent. In fact, once inside the EU, we have evolved by inertia without any milestones of our own. We have gone back to a mechanical participation in EU initiatives, being too busy with local internecine political fights.

We are now witnessing a European Union that is at a crossroads, with the United Kingdom on the exit road and its founding members confronted with the rise of nationalist groups and the discontent of their own citizens toward the influx of immigrants. After ten years in the EU, we are still in the expectation phase. Eventually we will realise that convergence does not come automatically just because we are on the inside. We were fortunate enough to take the last train of integration ten years ago, but not inspired enough to formulate an articulate opinion about what we want and what we offer. However, we are certain that our future is inside the European Union and the debate about its future helps us to shape our goals.

Gabriela Baicu is an associate professor at the Romanian Academy of Economic Studies in Bucharest.