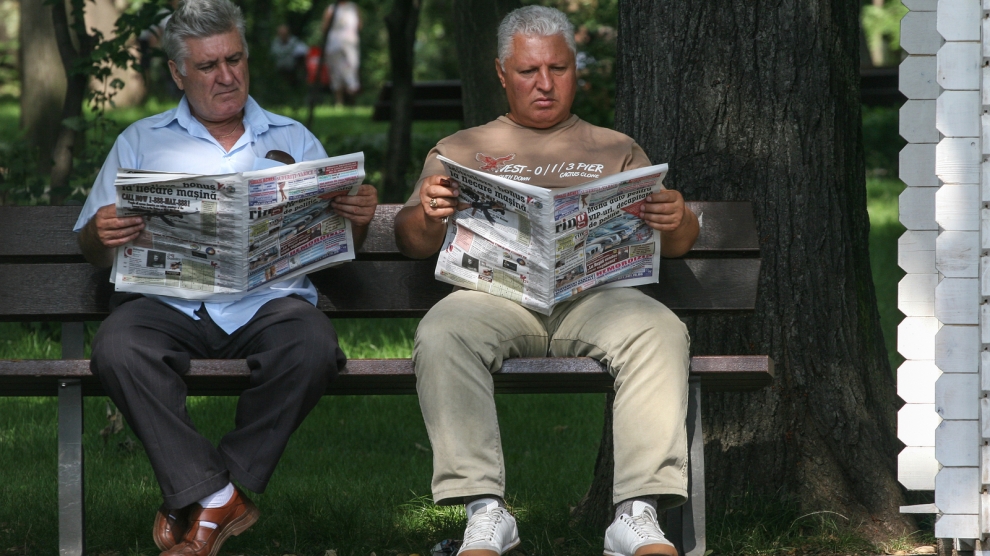 The pension system in Romania was transformed into a multi-pillar system only in 2007-8, after two decades of democracy, although there have been many attempts to reform the system in order to ensure its sustainability. Until now, the system has been subject to several factors, including: the unemployment generated by the structural changes in the national economy, the decrease in birth rates and the migratory phenomenon, which generated significant imbalances with negative effects on the budget of the social services to ensure the financing of the public pension system.

Romania currently has a pension system based on three pillars with the first pillar being mandatory, administered by the state and based on the principle of intergenerational and contributory solidarity. In this respect, the social contributions paid by taxpayers are used to pay the pensions of those in the public pension system. The public pension system entitles women retire at 60 years and 10 months (this will climb to 63 by 2030) and men at 65 and to receive a pension if they have contributed over a certain period of time (the minimum contribution period is 15 years, and the complete contribution period is 30 years and 10 months for women, 35 years for men).

The second pillar has been mandatory since January 1, 2008 for persons under 35 years of age and voluntary for those aged 35-45. It is administered privately, constituted by transferring a percentage (initially 2 per cent in 2008) of an individual’s social insurance contribution. The investments of the companies managing these funds follow strict rules, their activity being supervised by the Financial Supervisory Authority (ASF). It is a Defined Contribution (DC) scheme, with benefits calculated on the basis of individual contributions and investment earnings. In May 2018, a total of 7,134,270 contributors were recorded as being part of the second pillar, where seven pension funds were active.

The third pillar is voluntary, privately administered, constituted by individual participation distinct from classical social insurance contributions. Contributions to this pillar are deductible from income tax, but only up to a limit of 400 euros per year. The individual contribution rate is limited to 15 per cent of the gross wage. In May 2018 there were 457,143 people contributing to the voluntary pillar, with 14 pension funds were accredited to collect voluntary contributions.

Besides these three pillars, there is also a special pension category, which includes the pension payments for certain sectors of society: aeronautical personnel, parliamentary civil servants, diplomatic and consular staff, staff of the Constitutional Court, the Court of Accounts, judges and prosecutors, etc. In May 2018, special pensions were granted to 9066 persons, with an average pension of 3811 lei for public servants and 13,937 lei for prosecutors and judges.

In April 2009, the Romanian government introduced a minimum guaranteed social pension funded exclusively from the state budget. In 2010, this benefit was renamed social indemnity for pensioners, but eligibility rules remained the same. The initial amount was 300 lei (65 euros), benefiting pensioners from the public pension system who get a pension below a certain level (640 lei; 137 euros). In May 2018, according to official statistics, there were 804,189 persons who benefited from this social allowance for pensioners, at an average of 149.50 lei (32 euros).

Official statistics and unofficial estimates indicate that more than four million Romanians work abroad. As such, although the unemployment rate is about 3.5 per cent in Romania, it would be much higher if the active population were to return from abroad to look for a job in the country.

The second pension pillar is currently being reviewed by Romania’s government and a number of ideas have been put forward as to how it will be managed in the future. One suggestion is a  public pension manager, which will strengthen competition, while another is nationalisation of the second pillar pot: this is of course illegal and would be unconstitutional.

According to the European Commission, in 2050 the number of pensioners in Romania will be 6.6 million and the number of working people will be 6.26 million. This within a total population of 16.4 million.

Alina Cristina Nuţă is an associate professor in the Department of Finance and Business Administration at Danubius University, Romania.

Green finance in the EBRD region: Scaling-up, but must do more, faster
Poland’s Pensioners Face a Grim Future
Comment