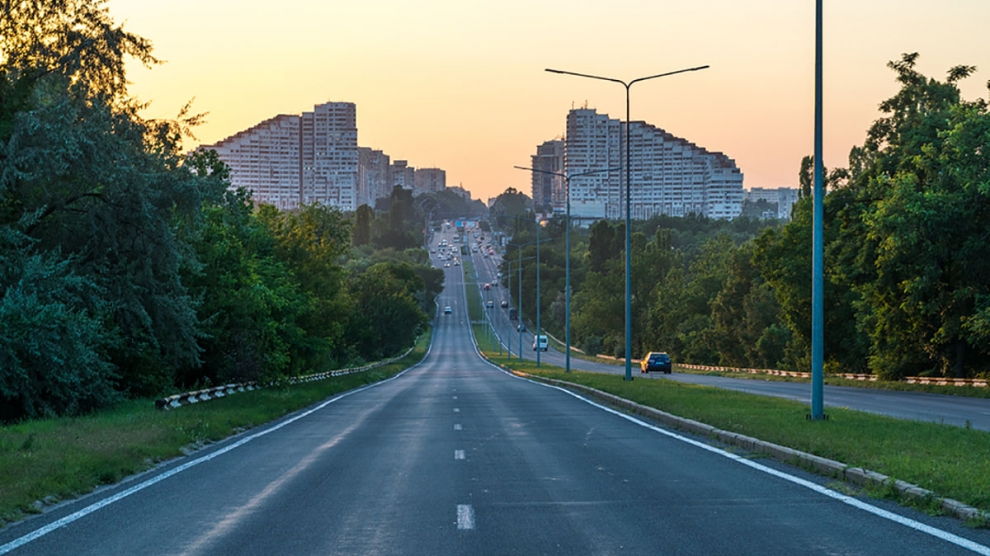 Voters will go twice to the polls this year in Moldova. Two of the major cities in Moldova will be up for grabs in snap mayoral elections scheduled for May 20, which will impact considerably upon upcoming general elections due later in the year.

The mayoral elections, in the capital Chisinau and the town of Balti may serve as a demo version for the parliamentary vote. The ruling Democrats and Socialists worked together to change the electoral system (from proportional to mixed) in order to increase their chances in the elections. In doing so, they have mocked the verdict of the OSCE/ODIHR and the Venice Commission, confirming they value remaining in power more than ensuring Moldova meets internationally recognised standards.

Both parties will therefore expect to reap the fruit they have grown so far and this sounds very little with democratic norms.

Why are elections being held in Chisinau and Balti?

Last year was not the luckiest for the opposition in Moldova. Chisinau’s mayor, Dorin Chirtoaca of the Liberal Party, was arrested on May 25, 2017, and placed under house arrest on charges of passive corruption and peddling of influence in a case related to the concession of parking spaces. The Council of Europe found in late 2017 that “the arrest of the Chisinau mayor breached the application of the Charter of Local Autonomy in Moldova and accordingly, it served as a pretext later on to appoint another person in the highest executive position of the capital city.”

Needless to say that what followed reads like a grotesque piece of Kafka. A new mayor was elected by the municipal council, at the proposal of the vice mayor (who had been charged on the same accusations – passive corruption and influence peddling – that had seen Chisinau’s mayor placed under house arrest). This created the bizarre case in which a person who had never been elected to public office by popular vote found themselves running the Moldovan capital, which accounts for 60 per cent of the country’s GDP.

Earlier, in 2016, mayor of the municipality of Balti, the pro-Russian Rinato Usatii, was accused of attempting to assassinate a Russian banker in London, forcing him suddenly dissapear and relocate in Moscow. Analysts claim that this helped the Socialist Party regain its appeal amongst the left-wing electorate, leaving the city of Balti without a legitimate mayor and exposed to administrative abuse.

If the ruling coalition expected that this would be the end of the story (at least until scheduled municipal elections in 2019), they were wrong.  Both mayors (Chirtoaca and Usatii) suddenly resigned on February 16, 2018, and forced the ruling coalition to respond. After some contradictory statements, the Central Election Commission entered the stage and declared snap elections in Chisinau, as well as in Balti and in some smaller communities.

Snap elections in two of the largest cities of Moldova have brought about a sea-change in the political discourse and positioning of the main political actors. It has revealed their real positions, changing a little the political narratives for the rest. It predicates also a lesson that nothing can be taken for granted and that regular citizens care about their existential needs and demands. Russian narratives glorifying victory in World War II are being fatuously marked on May 9 in downtown Chisinau, largely by the same team-mate political allies, the Socialists and the Democrats, feeding the obvious conclusion that they serve similar political scenarios, although in different roles.

To little surprise, the incumbent (unelected) mayor of Chisinau, Silvia Radu, has decided to run in the municipal elections as ‘an independent candidate,’ although how independent she is remains questionable: the Democrats have provided her with full support. In Balti, the Socialists have decided to win the electoral run-off with a candidate whose name is also Usatii (Alexander), attempting to play on the name of the outgoing mayor (Rinato Usatii).

Since most of the media outlets in Moldova are tightly controlled, both the Democrats and the Socialists feel confident they can deal with public resentment. As a first step, all five TV Channels belonging to groups representing Democratic Party decided to refuse holding electoral debates, even at the expense of election advertisements, but without any self-restraint on providing generous media coverage to the only candidate that ‘really matters’ in these elections. The same strange media policy is being followed by the Socialist media group, which controls four TV channels.

Party financing also creates barriers for those outside the ruling coalition, allowing the ruling Democrats to maintain and exploit an outstandingly well-paid army of trolls, under almost no public scrutiny. Lacking genuine support from the population, the Democrats position themselves in stark opposition to the incumbent President, Igor Dodon, who took office in November 2016 on a populist wave of anti-Western sentiment and implicit Democrat support. While Dodon contests Moldova’s Association Agreement with EU, saying that it has ruined trade with Russia, the Democrats ostensibly defend it. However, they fail to practice what they preach, simply because they appear to be the largest beneficiaries of the politicised judiciary, obsolete state factories or rigged elections.

A kind of fake war has therefore emerged between the Democrats and Socialists, resulting in an even bigger monopoly of state resources and growing scepticism about high-politics. If Dodon defies what he calls ‘the expansionism of EU values,’ presenting himself as a ‘defender of a conservative value-system,’ then the Democrats describe themselves as ‘pro-EU.’ Both are bluffing.

While more than half Moldova’s population sees the country’s future in the EU, the rest lean towards a kind of acceptance of common bonds with Russia. Volatility is often a by-product of political confusion and the successful attempt of the Democratic and Socialist parties to hijack control of state institutions and judiciary for the sake of their comfort. It is almost impossible to counter foreign propaganda (Russian) when you have plenty of domestic disinformation on the media market.

Hostile media often incites different groups of the population to fight against their political goals, rather than create trust or tolerate other opinions. Political inequalities leave important parties outside of the mainstream due to a lack of media access.

Political decline has its positive effects however. Pro-European parties (DA, PAS) seem to be increasingly aware of their collective strength. They have closed ranks and proposed joint-actions to counter the impact of democratic decline in Moldova and are willing to establish even wider forms of political cooperation in the nearest future, anticiptaing the approaching parliamentary elections of December 2018. Their nascent alliance in defence of their pro-EU democratic ideals make their political enemies worry.

The stakes are obviously high and so is growing public sentiment to do something about the incumbent ruling parties that have lost all impetus for reform. As a joint press statement of the EU-Moldova 4th Association Council Meeting (held on May 3) states, EU financial assistance will be released upon full implementation of all conditions by Moldova, in line with recommendations of international partners and in consultation with civil society. It serves as a key-reference in planning further EU support to Moldova, reflecting a consolidated view among EU states on a development agenda. The obvious conclusion is that EU bodies no longer trust the political rhetoric of the ruling party in Moldova, and that macro-financial support is therefore not available for the time being. The EU’s Federica Mogherini demands resilience from Moldova, which means first of all “investigating the banking fraud without any further delay,” and “full implementation of reform in key sectors, such as justice, media, energy, business, concerted fight against corruption and strong support for the rule of law.”

No political will, no EU support

Effective implementation of the law is the real bottleneck that rigs credibility of the Moldovan government. All EU officials have called on Moldova to double its efforts in a robust fight against corruption, recovery of stolen assets, and making operational the National Integrity Authority, while regaining citizens trust in justice, ensuring its independence, efficiency and quality.

The sluggish pace of economic reform and a lack of genuine political will to follow democratic and transparent rules in governance are obvious. Moldova’s prime minister, Pavel Filip has previously claimed that Moldova will receive long-expected financial EU support by this spring and that all 10 conditions set by the European Council (on February 15, 2016) have been fully met. In March, Minister of Finance Octavian Armasu gave his firm assurance that the long-awaited EU macro-financial support was all but on its way. On top of these conditions were appropriate financing of the Office for the Prevention and Fight against Money Laundering (OPCSB), effective functioning of the National Integrity Authority (ANI) and Bureau for the Recovery of Stolen Assets (ARBI). But opposition parties in Moldova have voiced serious doubts, questioning the chances of the Moldovan authorities of getting EU support.

The ongoing impunity of the major actors in the heist of century continues to feed public frustration. Despite much evidence regarding the implication of Ilan Schor, mayor of Orhei, in the illicit transaction of hundreds of millions of dollars to various offshore jurisdictions from Moldovan banks, there is little hope that he will be ever prosecuted for the crime.

Vexed by continuing illegalities, people in Moldova demand retribution. People associated with serious bank illegalities, frauds and suspicious transactions seem to be sheltered by the ruling coalition, and this is how Shor, a former chairman of the Administrative Council of the BEM (Banca de Economii) is able to survive. However, he is also able to spend as much as he wants from his accumulated wealth, run political parties, spare charity funds and tell the regular citizens of Moldova that justice is a joke.

The unfortunate who do end up in Moldova’s prisons face atrocious conditions. Only three of the country’s 17 functioning jails meet minimum standards, a fact which has led to Moldova losing 16 cases at the European Court of Human Rights in 2017, involving torture and violations against the right to liberty and security. A total lack of trust in the workings of the judiciary and concerns about political control has depleted any hope that under the current political circumstances, serious reforms are still possible.

It also confirms that the change to the electoral system does not aim to ameliorate the quality of the political class, as the Democrats have tried to pretend, but to create a powerful vehicle capable of using administrative resources to curb a relatively good democratic process which Moldova has enjoyed until now. But there is a time to sow and a time to reap, say the Ecclesiastes.