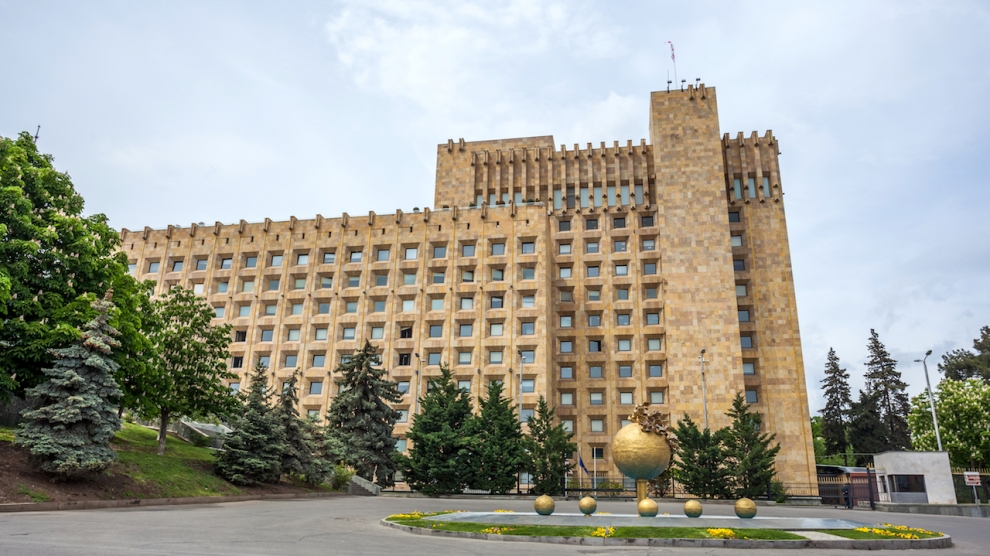 It has been almost five years since the Georgian Dream’s (GD) substantial and unexpected victory in the parliamentary elections in Georgia. During these five years, the frenetic pace of events that defined much of the previous nine years, when the United National Movement (UNM) was in power, has ebbed.

Georgian politics is no longer characterised by frequent widespread demonstrations, prison abuse scandals, the peripatetic and unpredictable behaviour of a president, threats of war and a manic energy, which both brought rapid reforms but just as rapidly rationalised away undemocratic excesses.

The slower pace and lack of drama that we see under the current government does not mean that nothing is happening in Georgia. The GD has had some major successes during its time in power. It has consolidated the country’s pro-western course; has reversed, or at least stopped, Georgia’s slide towards authoritarianism during the later years of UNM rule, has avoided a shooting war with Russia and has improved Georgia’s reputation as a tourist destination with an exciting food, wine and fashion culture.

As concerns democracy, the story is more complex. In most respects, Georgia is freer than it was at the tail end of the UNM period, but significant problems remain. The challenge that frames all of these problems is that Georgia is still struggling to institutionalise pluralism while simultaneously avoiding being mired once again in one-party rule. That last sentence could have been written at almost any point during this century, demonstrating the nagging difficulty of the problem.

Last year, a much anticipated parliamentary election resulted not in a more multi-partisan or contested national legislature but in a resounding victory to the GD. The primary reasons for this was not election fraud or a high approval rating for the governing party, but an opposition that was disunified and an UNM that foolishly used the election to advocate for regime change, something for which the Georgian electorate had little appetite. The result was that the GD, despite not being beloved by the electorate, won 115 of the 150 seats and was handed a constitutional majority in the parliament.

Since winning that constitutional majority the GD has proposed a series of constitutional reforms. Some, such as defining marriage as something between a man and a woman, are reactionary. Others such as abolishing the direct election of the president may seem petty, while the way amendments will change how parliament is elected will make it more difficult for opposition parties.

Collectively, these reforms are likely to strengthen one-party rule in Georgia and will create more barriers to the establishment of a strongly pluralist system. These proposals raise the spectre of  one-party rule returning to Georgia, but the process also demonstrates that, in Georgia, the constitution continues to be used as yet another tool for the ruling party to stay in power, rather than a document that established the ground rules for a democratic polity. In this respect, little has changed in Georgia. It should be remembered that the UNM frequently engaged in constitutional machinations, when they were in power, to ensure that they would remain so.

Over the last five years, the GD has demonstrated that it has not been able to solve all of Georgia’s problems, nor to consolidate democracy throughout the country or entirely shake off the influence of its founder Bidzina Ivanishvili, who has wielded extraordinary power as a private citizen, since leaving office in late 2013.

However, the GD has also shown little interest in returning Georgia to the chronic low level instability, democratic rollback and human rights abuses of the late UNM era. There is plenty to be concerned about in the constitutional reforms, but there is a fair amount of truth to the notion that if the GD wanted to either make Georgia a much less democratic country, or move it closer to Russia, it would have done so by now. Die hard UNM supporters and their most hard-line supporters, in the west, might believe this has occurred, but nobody else does anymore.

Unfortunately, it is likely that the constitutional reforms will pass. The amendments will make Georgia more illiberal, particularly in regard to LGBT rights and they will help entrench the GD as the ruling party. They will also ensure that politics remains characterised largely by the issue of democracy itself with elections that are rarely more than referenda on the ruling party. Thus, while much of the criticism of the current constitutional processes suggests that democracy is being lost in Georgia, the more accurate way to see this is that democracy has stalled in Georgia. That is not exactly good news, but it is also a reason to not give up hope and a reminder that while much has changed in Georgian politics over the last decade, much has stayed the same.

Constitutional processes and Georgian politics, in general, are made more complicated by another factor. Georgian politics have always occurred within an international context. That is still true but that context is now in a period of significant uncertainty. For the years from roughly 2008-2016, Georgia was caught between a Russian regime that had annexed a portion of Georgia, was opposed to Georgia becoming a member of NATO and in important ways never fully recognised Georgia as a genuinely independent state, and a group of western allies that saw Georgian independence as unequivocal and, with varying degrees of enthusiasm, generally wanted to see Georgia move closer to the EU and NATO. That dynamic often left Georgia in the maw of geopolitical rivalry between Russia and the West, but it was unambiguous and Georgia knew who its allies were.

That has changed a lot in the last year or so. Russia’s position remains the same, but conditions in the West, particularly the US, are different. The relationship between the Trump administration and Russia are complex and remain somewhat vague, but they are a departure from the hawkish posture of the mainstream of both the Democratic and Republican Parties.

Similarly, the democratic rollback that is occurring in the US and parts of Eastern Europe, as well as a battery of issues within the EU ranging from Brexit to refugee related crises, has cost the West a lot of leverage in places such as Europe. Earnest protestations about constitutional reform, from places such as the Venice Commission, or statements of concern from western NGOs are even easier to ignore, given these developments.

For Georgia, constitutional reforms and changing global dynamics mean that the danger, and path of least resistance, is not an authoritarian regime like the ones in Moscow or Baku. Rather, it is being stalled in a semi-democratic limbo where elections are pretty good, every decade or so power changes hands and rhetoric is always heated, but politics remains a game for the elite dominated by accusations and re-litigation of the past rather than interests competing for political outcomes.

Lincoln Mitchell is a writer, pundit and specialist in political development based in New York City and San Francisco. He has worked on democracy and governance related issues in the former Soviet Union, Eastern Europe, the Caribbean, the Middle East, Africa and Asia. He also works with businesses and NGOs globally, particularly in the former Soviet Union. Lincoln writes and speaks about US politics as well, and was the national political correspondent for The New York Observer from 2014-2016. Lincoln was on the faculty of Columbia University's School of International Affairs from 2006-2013 and worked for years as a political consultant in New York City advising and managing domestic political campaigns.