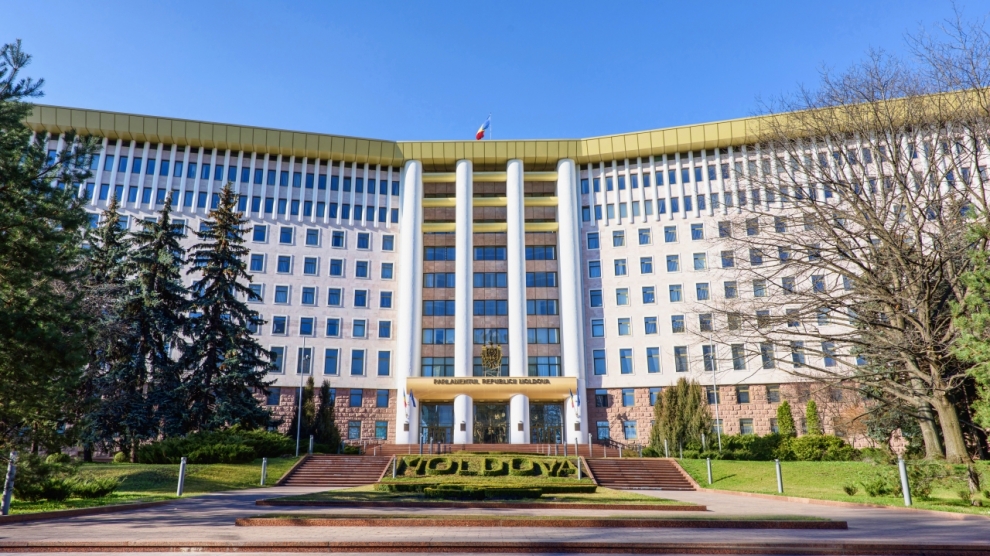 Last week, the Moldovan parliament adopted a declaration calling Russia to withdraw its troops from Transnistria and to reiterate its demand to transform the action into an existing Peacekeeping Operation (PKO).

The bill from Moldova comes as no surprise. It urges Russia to complete the evacuation of its troops, arsenals and military equipment, saying that the storage of the Russian weapons, ammunition and military equipment on Moldovan soil is a threat to the stability of regional and wider European security.

It was also not surprising that Socialist Party MPs have disagreed with the bill, calling it provocative. As a former leader of the Socialist Party, President Igor Dodon, called the parliament’s statement an “anti-Russian stance”, and implied that it has no practical value to him. The surprise came from the fact that the moment of its voting was on the eve of an announced visit of Deputy Prime Minister Dmitryi Rogozin to Moldova. He is a person who is well-known for his slangish communication on political issues.

The former announced his intention to celebrate the PKO, a peace-keeping operation that Russia is exceptionally proud of, in Chisinau and Tiraspol. Moldovan MFA responded that it does not agree with the visit, because of the fact that the programme of festivities was not yet accepted. It received a rude and non-diplomatic insult from Mr Rogozin, back. Since Chisinau will not agree to back off, Mr Rogozin will have a difficult time, for a while, choosing a flight that could land in Moldova Airport, while avoiding traps such as Borispol (Ukraine) or any other EU state, where he is on the sanctions list.

Mr Rogozin’s trip to Moldova is not for pleasure, but for business. Moscow exploits a narrative of the “successful PKO’ in order to advocate for its unique security and defence role in the ex-Soviet space. It also attempts to exploit its build-up in Transnistria in order to hinder Moldova’s closer ties with the EU. While both Abkhazia and South Ossetia were drawn into the Russian state after the 2008 military intervention in Georgia, the separatist enclave of Transnistria has remained rather distinct from the other statelets. 25 years ago, on July 21st 1992, President Boris Yeltsin and Mircea Snegur signed a cease-fire agreement, following a short but fierce combat between pro-Russian troops, which were heavily armed and backed by the regular Russian 14 Army and the Moldovan Police.

Many in Moldova see the separatist insurrection in Donbas as a faithful replication of the 1992 war in Moldova. While the cease-fire ended hostilities, it also created a safety belt for the separatists, which has received sponsorship from Moscow to set up a surrogate state, challenging Moldova on its own sovereign territory, although not even Moscow recognised it. So, Russia has succeeded in freezing the military hostilities, which was not difficult given that it was behind the escalation in 1992. Instead of this, however, it has provided a comfortable safety belt to its proxies in Tiraspol, who are looking at the region as of a new sort of overseas protectorate.

For years, Moldovan authorities demanded in both direct talks and to international organisations, that Russia remove its troops, calling it the most important obstacle to the settlement of the conflict. In spite of committing itself to withdrawing its equipment and military from Moldova, in 1999 at the OSCE Istanbul Summit, Russia still keeps a limited contingent of about 1,350 soldiers and a huge arsenal of combat equipment and munitions in the Transnistria region. Most of this equipment must be destroyed locally, but Russians seems to be uninterested. However, having lost its access via Ukraine, Russia has suddenly become dependent on Moldovan authorities to resupply its base by air, through Chisinau, the Moldovan capital, and across Moldovan territory.

Due to the war in Ukraine, and annexation of Crimea, the population of Transnistria is locked in a long-standing anxiety. The long-promised golden chip of fully-fledged statehood is null, while Russian interventions in Ukraine fuel the fears that the region could be surrendered. The leaders of Tiraspol complain that both Moldova and Ukraine are conspiring to keep the enclave isolated, and therefore, they call on Moscow to increase their support and defence.

Since a military foothold in Transnistria does not suffice to keep the state of economy in good shape, Moscow substitutes bread with more guns, and invites the local population to join its military troops (Limited Contingent of Russian Troops) or OGRV, stationed in the region, against the official Moldovan policy of neutrality. Moscow claims it has over 200, 000 of its own citizens in Moldova, which it has to defend according to its famous military doctrine and the laws on Russian compatriots abroad. The narrative is not clear whether these groups of Russian compatriots should decide for themselves whether they want to live in Moldova and, therefore, adapt to the national laws of this country or leave to Russia proper, given the open-doors’ policy, indicated by the federal government in this regard.

Mr Rogozin claims that Russia will ‘always be there’ (in Transnistria), but is less clear how and at what cost. Nevertheless, everything is changing and transforming itself, including the economy of the separatist region. Shrinking trade has forced local business people to quickly seize the opportunities of the neighbouring EU market and it seems that they have been well received there.

If Moldova’s trade with EU now accounts for 64 per cent of all its exports, then Transnistrian exports to the EU, and to Moldova, on the right bank of the Dniester River, amount to over 85 per cent of everything that is being manufactured or exported in Transnistria. Trade with the EU is, thus, a matter of survival, and these sorts of statistics show the total failure of the Russian policy to absorb this region. As long as regional business adapt, Transnistria will be eligible to use most of the benefits, which Moldova has secured for itself by signing in June 27, 2014, an ambitious trade deal with EU (DCFTA), part of the Association Agreement EU-RM.

Trade alone cannot replace the existing security concerns in Moldova and in Ukraine. Both perceive the separatist enclave as a foothold that can be exploited by Moscow in its own strategies and their suspicions are solid and well-documented. Russian military has invested a lot of military resources: training and drills with separatist troops, i.e. sniper shootings, forcing the river (Dniester), mining and heavy tank combat ops, involving contingents of separatist military; all despite diplomatic notes and indignation in Chisinau. Local FSB and GRU operatives in Transnistria have been spotted in Odessa, which continues to be seen as highly vulnerable to Ukraine. The same is seen in Chisinau, leading to a resurgence of Gagauz centripetal movements with influence from Tiraspol.

True, the devil is not as dark as he is described. The Donbas quagmire changed Ukraine’s policy towards Moldova and its separatist enclave. First, it changed the way Ukraine deals with the threats of insecurity coming from the enclave. On July 17, 2017, the Ukrainian president, Pedro Poroshenko, and the Moldovan PM, P.Filip, opened the first joint border control in Kuciurgan-Pervomaisk: The y announced that this is only the first out of 13 border checkpoints across 454 km of border between Moldova and Ukraine (on Transnistrian segment). A rain of angry reactions and statements, from Moscow, followed the event, accusing both Ukraine and Moldova of intending to strangle the separatist enclave.

Nevertheless, both Ukraine and Moldova refused to discuss their border agreement through the ‘5+2’ format of talks. Moreover, both the EU and the USA saluted the new border arrangement and further encouraged the two friendly countries to enhance their strategic cooperation.

Transnistrian separatists are boxed in on so many fronts right now that they badly need to engage in some escalation. Budgeting is not as generous as it was some five years ago. The media debates who has stolen more from Moscow: former leader Yevgeny Shevchuk or his predecessor Smirnov? In the absence of true democratic institutions, the real master of local games is the local KGB: It is heralded by a famous private company, Sherif, which has concentrated the largest shares of the former unique mix of plants and open-to export farms in its own hands.

The old fantasies of establishing a separate state of Transnistria have faded away and the failure is largely felt by the population and the elite. The population is rapidly departing from the region or moving to the right-bank Moldovan cities, where they feel more secure. This is the case of the latest leader of the separatist enclave, Mr Shevchuk, who recently moved to Chisinau, as a refugee, claiming someone in the new administration in Tiraspol attempted to assassinate him. This latest case is a brilliant example of the fallacy that the Transnistrian separatist enclave has suffered.

A new vision of the conflict settlement is taking shape right now in Moldova, stressing that a window of opportunity may appear for this conflict. In fact, many can see Moscow’s grip on Transnistria weakening. It is losing sight and credibility in the settlement of the conflict and many feel that the regional context has suddenly improved. Russia does not have any good options for Transnistria. Nor it has any realistic prospects to improve its reputation, given that Mr Rogozin is regularly distributing plenty of words with no substance, whenever he is invited or not invited to visit Moldova.