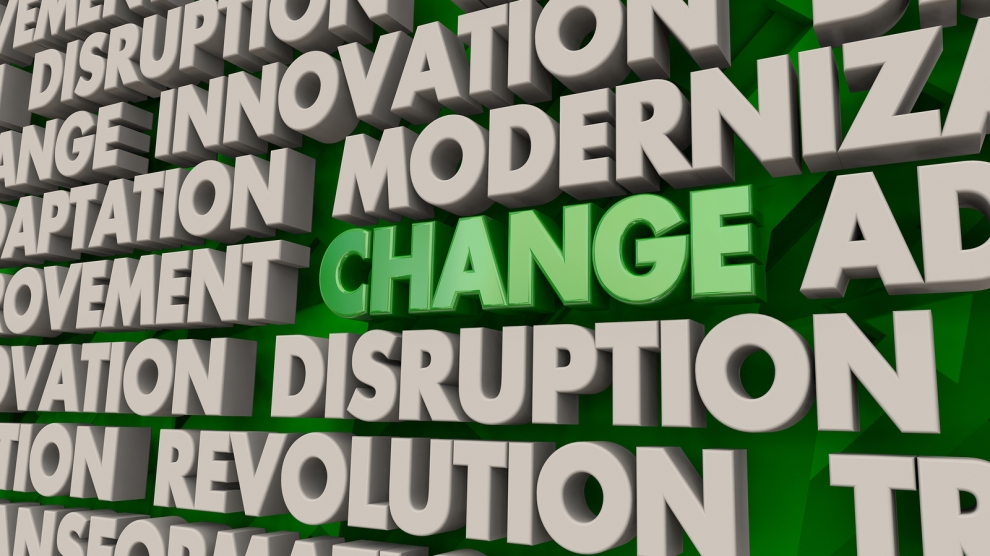 The modern enterprise is under pressure like never before. According to HFS Research, a third are currently facing existential change, and even more anticipate doing so over the next two years. To put this into sobering perspective, 30 per cent of enterprises have already seen their competitive landscape shift as their closest rivals fall to disruptors and challengers. Very few industries are safe, and even those with punishingly high barriers to entry are seeing new revenue streams chewed into by hungry start-ups with zero cost base and disruptive technology looking to make a mark.

Decision making should not be put off. The pace of change will never be as slow as it is today, so act now or it will only get more difficult. Enterprise leaders must face up to the tough decisions they need to make over the next 12 months to secure the digital future of their business. Just a glance at the technology shopping list for a lot of companies tells us how seriously they’re taking this. For example, 53 per cent are putting significant investment in RPA over the next year, and 33 per cent in AI and Blockchain. These are investments that are being made today.

But here’s the problem. Investing in technology just requires money. But to turn it into additional revenue and better margins, requires the right culture, the right organisational structure, and the right talent – or any digital transformation will fall flat. To demonstrate this, HFS asked a pool of enterprise leaders to what extent their organisation’s culture was hampering their digital transformation journey. Over half said significantly.

And then we have the talent challenge – according to IT leaders, a lack of talent internally is one of the most significant challenges holding back their digital journey. While business leaders lament the legacy mindsets of both business functions and IT. In both cases, there is a sense that they simply can’t get enough of the right people through the door.

So, despite lengthy shopping lists – packed with glistening new technologies like machine learning, analytics and Blockchain –enterprises can’t transform legacy mindsets and culture quick enough to stay in spitting distance of the pace of change.

Most enterprises don’t have the luxury of time; if they can’t change now, then it’s probably already too late.

If enterprises can’t change because their talent, culture, or structure is holding them back, then it’s probably already too late. We can attend as many seminars on change management and put ‘agile’ in as many job titles as we want, but this is just dressing up the inevitable.

When we talk about existential change, it’s precisely that. Businesses survival is at stake. We all know what happens to complacent businesses caught in the type of digital whirlwind Netflix inflicted on Blockbusters and Amazon did on all other bookshops. To stand any chance of staying ahead of the game we need to review our talent and partnerships to make sure we have the right blend of skills and capabilities to turn ambitious roadmaps into reality. A big part of this will be weeding out those that are unwilling to come on the journey – it’s a sad reality, but with culture and mindset playing such a vital role in an enterprises ability to change, it’s essential for everyone on the team to be pulling in the same direction.

But leaders also need to shift their mindsets. Investment decisions have traditionally been focused on reducing costs. This needs to refocus on the unique value these technologies offer, such as new revenue streams and improved customer experiences. HFS’ research spotted an interesting trend amongst enterprises that were thriving and those struggling in the current market. The leaders viewed digital technology as a route to increase sales, better innovation and improved customer experiences. The laggards, on the other hand, were far more like to focus on organisational efficiencies and reduced operating costs.

So, we have a lot of work ahead of us, and the starting point must be business leaders transforming the way they understand and define digital. It’s impossible to change the culture of an enterprise if the leadership team remains rooted in tradition. And without this vital transition, legacy enterprises won’t survive as the next wave of digital comes crashing down.

How will the LGBT issue play out in Poland’s European Parliament election?
Poland and NATO: Step-by-step
Comment