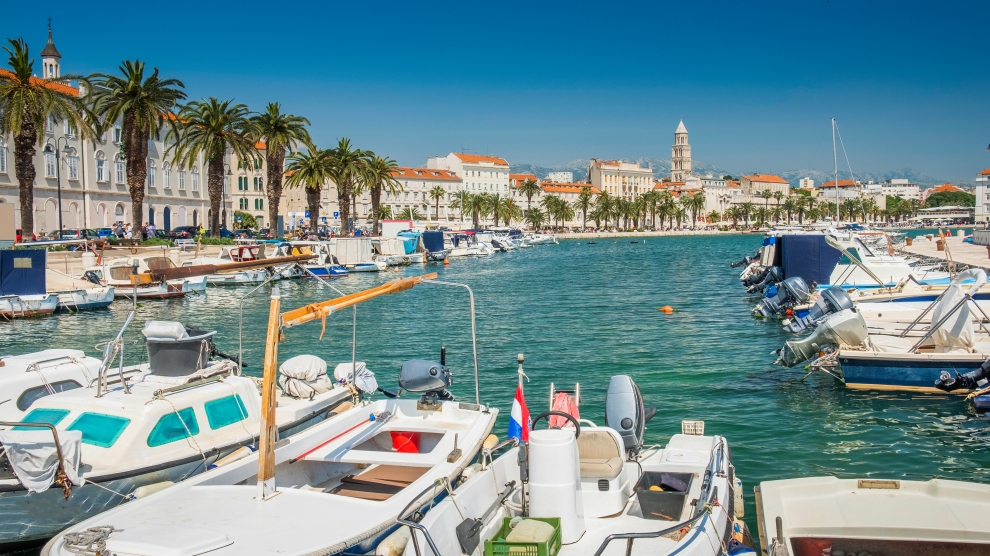 It’s absolutely critical that business owners ensure their success goes hand-in-hand with the interests of the local community. The Balkans’ moment in the spotlight is now, and as investors we must set the bar as high as possible for our peers.

Once considered an ‘off-the-beaten-path’ hidden treasure of Western Europe, the Balkans countries have now firmly established their position on the radar of visitors and investors from across the globe.

The speed and level of development in this part of the world in recent years has been nothing short of staggering. I’m delighted to see widespread recognition of the potential of these beautiful countries, and in particular proud to call Montenegro my home.

Since regaining its independence in 2006, Montenegro has become a magnet for foreign investment. Its dramatic and varied landscapes, business-focused economic system and low corporate tax rate have made it a hotspot for tourism in recent years, piquing the interest of investors from around the globe. The tourism sector alone now accounts for over 20 per cent of Montenegro’s GDP, with predictions it will rise to almost 30 per cent by 2028.

Foreign investment stock currently represents over 130 per cent of Montenegro’s entire GDP, thanks largely to tourism and the foresight of the government to create favourable conditions for overseas investors.

To say this has radically transformed the economic outlook for the country and opportunities for its citizens is an understatement.

Indeed, foreign investment has created a wealth of opportunities for locals in countries like Montenegro. Looking at the region more broadly, 96,000 jobs were created in the Western Balkans last year – a large portion of which were in the services industry, in businesses such as hotels and restaurants.

In addition, the increase in foreign investment has provided the stimulus for a number of much needed upgrades to infrastructure in the region, further improving quality of life for locals.

If foreign investors act with responsibility and a consideration for the area in which they are doing business, a single well-executed project can provide hundreds or even thousands of jobs for its inhabitants and attract other investment by example. The Aman Sveti Stefan hotel is considered to have raised the bar for the hospitality industry in Montenegro.

The resort was reincarnated as a luxury hotel in the 1950s, during which time it attracted such members of the original jet set as Marilyn Monroe and Sophia Loren.

Refurbished 10 years ago, Aman Sveti Stefan was referred to as “the first signal of Montenegro’s revival on the high-end scene” by the Financial Times. The 80-acre hotel has become a haven for celebrities and other wealthy foreign visitors, hosting the wedding of tennis superstar Novak Djokovic in 2014.

In recent years, Montenegrin tourism authorities have made a particular effort to shift the tourist trade away from low-budget package holidays into high-end luxurious projects such as Aman Sveti Stefan that attract wealthy visitors. This has made the market more attractive to foreign investors with an appetite for high returns.

Projects such as Porto Montenegro have followed Sveti Stefan’s lead, offering a yacht and superyacht marina with 850 berths, a five-star hotel and shopping village, luxury villas, a helipad and a museum. The estimated investment to date in Porto Montenegro alone amounts to over 450 million, providing a huge stimulus for the local economy.

A focus on quality rather than quantity is integral to the success and sustainability of the hospitality industry in a small country like Montenegro.

Building on the success of Aman Sveti Stefan, we are now focused on neighbouring Croatia, where work to build a new luxurious resort will commence at the end of the year. The 50 million-euro Aman Cavtat at Dubrovnik on the beautiful Croatian coast will represent the very pinnacle of refinement.

The resort will set a new standard for excellence in hotel design and will be built on the site of the former Hotel Macedonia, offering 43 luxurious suites with seven supreme suites. The design represents a synthesis of architectural styles, working with the grandeur of the landscape and built with local materials.

Aman Cavtat will be a major milestone for tourism in Croatia and the Balkans as a whole, and another example of the important role foreign investment is playing in the economic growth of the region. We are proud to be playing our part in that story.

Petros Stathis is a dynamic entrepreneur with various interests and investments in banking, food, media, hospitality and real estate.