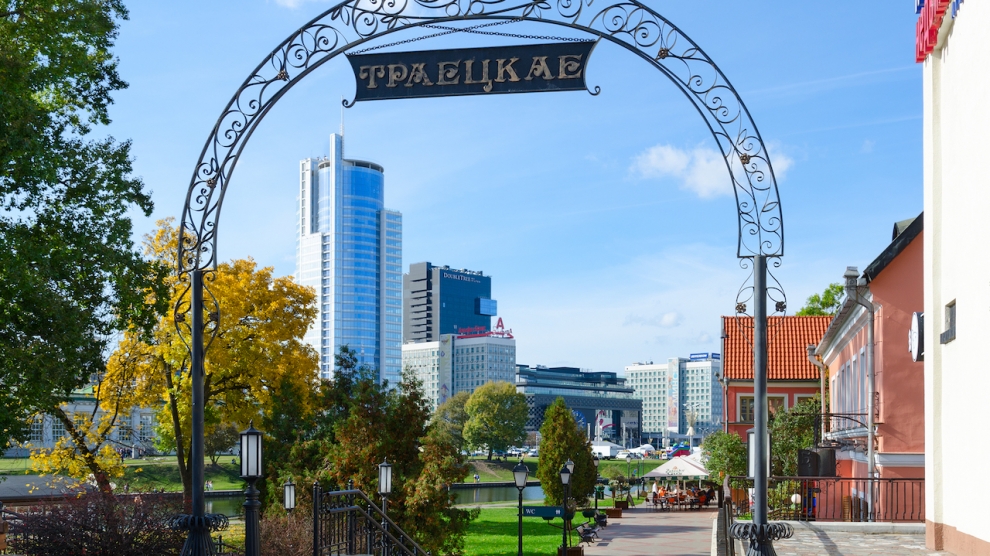 Belarus stands out as a special case in transition blending. On one hand, there are the signs of relative prosperity, the socially oriented policies and the buds of entrepreneurship and then, on the other hand, its remnants of the Communist past. Belarus has embarked on a transition path of its own, different from what is happening in other countries but still delivering a particular path to economic transformation.

Over the past 25 years Belarus has established an opaque model of state capitalism that is backed by a highly centralised political system and a decision-making pyramid that features excessive powers, concentrated at the top. In contrast to other transition economies, Belarus has put the brakes on the large-scale privatisation of state-owned firms, inherited from Soviet times, in fact only a handful of experimental privatisation deals were launched. Consequently, the state sector still dominates many areas of the economy in Belarus, especially manufacturing.

At the other end of the spectrum are the retail trade and business services sectors. While privatisation has also been largely absent in these sectors, the private sector is already the dominant one in most business services by far, thanks to the organic growth of de novo private firms and the entrance of foreign firms into the Belarusian market.

A closer look at firms’ performance reveals the absence of hard budget constraints on the operation of state-owned firms. Additionally, and over the years, Belarus has benefited from privileged access to Russian energy sources at below world market prices. Thus the core of the Belarusian economic model was a combination of external rents and soft budget constraints on the state-owned part of the economy. In periods of favourable external conditions, this mixture provided for relatively high rates of economic growth and allowed the authorities to maintain a ‘social contract’ with the population that targeted close to full employment.

The availability of employment opportunities has been an important part of this social contract. Another was the raising of personal incomes through wage growth. The main policy instrument to target the desired wage levels is a wage scale that regulated salaries for every profession. At the same time, Belarus lacks proper unemployment insurance or benefits. Technically unemployment benefits for the registered unemployed do exist, but they are very low and do not depend on the previous wage level.

Traditionally, Belarus’ external economic relations have been closely associated with its strong economic link with Russia and, more recently, with the Russia-led Eurasian integration project. FDI in Belarus is mainly of Russian origin, amounting to nearly 60% of the stocks.

Things started to change around 2007, when Russia began claiming back part of the Belarusian export oil duties and doubled the gas export prices for Belarus. The combination of a policy focused on demand-driven growth and diminishing external incomes resulted in a persistent widening of external imbalances and fast growth of foreign debt.

One of the root sources of the macroeconomic imbalances was the quasi-fiscal deficit that was a result of inefficient directed lending to state-owned firms and soft budget constraints on their operations. Directed credit, one way or another, entailed contingent fiscal liabilities as it was de facto underwritten by the Belarusian state. The bad loans resulting from this inefficient directed lending ultimately accumulated as a quasi-fiscal deficit.

The other main source of macroeconomic imbalances was the populist income’s policy which prevailed through most of the period of high growth. Mandated wage increases resulted in losses in competitiveness as real wage growth outstripped productivity’s growth. This was also a source of inflationary pressure as there were no checks on the pro-inflationary effect of wage growth. In effect, monetary policy accommodated the upshots of expansionary incomes policies; plus, the quasi-fiscal deficit was gradually transformed into an open deficit and was also monetised.

The macroeconomic imbalances and the accumulated quasi-fiscal deficit came to the surface time and again, and its subsequent monetisation provoked macroeconomic and currency turmoil. Between 2009 and 2015, Belarus experienced three episodes of currency crisis which epitomised the inconsistency of the macroeconomic policy mix.

At present, Belarus’ economic model has come up against its limits. Economic policy cannot continue as it has, and major changes in the policy course are needed. As concerns Belarus’ economic model per se, it needs to be revamped in order to survive. The key test of the viability of the model of ‘state capitalism’ would be the willingness of the authorities to impose hard budget constraints on state-owned firms and banks.

Rumen Dobrinsky is Senior Research Associate at the Vienna Institute for International Economic Studies (WIIW) and country expert for Bulgaria and Belarus. His main research areas include processes of transformation, growth and convergence and European integration. He was Head of Economic Cooperation and Integration Division, UN Economic Commission for Europe and President of the Centre for Economic and Strategic Research and has provided advisory services for the EC, OECD. He holds a PhD in economics from IMA, Sofia.