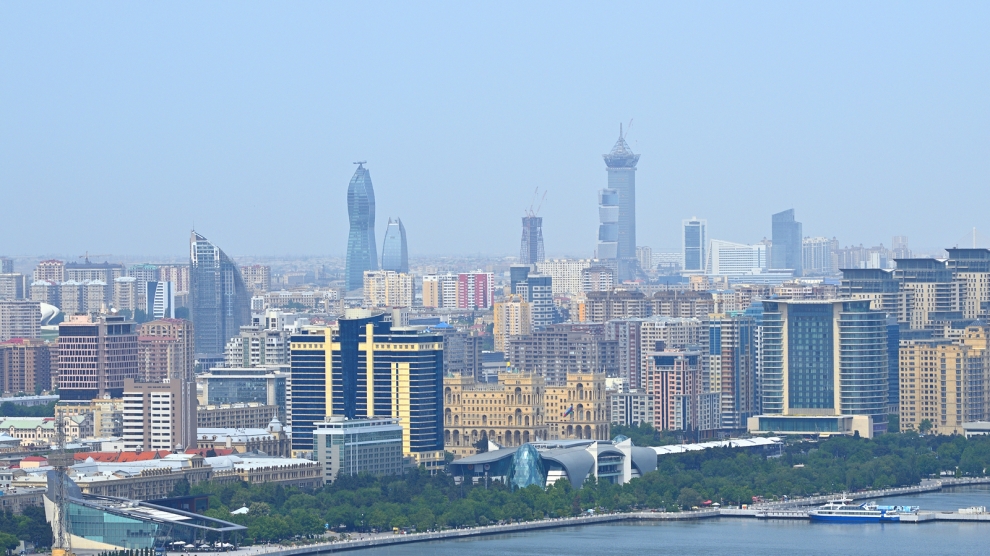 The Caspian region is located in the heart of the Eurasian landmass, squeezed between two economic and political behemoths: Europe and Asia. This civilisational dichotomy is constantly at play in the region as these titans battle for influence, particularly for energy resources to meet their respective market demands.

The region encompasses the eight countries on the southern rim of Russia that emerged from the fall of the Soviet Union—Armenia, Azerbaijan, Georgia, Kazakhstan, Kyrgyzstan, Tajikistan, Turkmenistan, and Uzbekistan. According to the International Monetary Fund, average economic growth in the Caspian region as a whole is around four per cent, after recovering from large external shocks during the years from 2014 to 2016. By and large, economies in the region are benefiting from efforts to strengthen macroeconomic policy frameworks, including the adoption of new fiscal frameworks. In addition to maintaining overall monetary stability, a move towards greater exchange rate flexibility have also helped authorities manage external pressures and contain inflation.

The abundance of natural resources is also one of main reasons the region is prone to outside influence. Turkey, though not a Caspian littoral state, maintains very close cultural, linguistic, historical, and economic links to the region. Russia and Iran continue to insert and propagate pro-Russian and anti-Western narratives and perspectives to the governments and peoples of the region, and see themselves as having a special role in Caspian affairs due to their previous engagement with the region. China has attempted to make greater inroads to the region as part of its Belt and Road Initiative.

By contrast, while increasing, European and US involvement have been less pronounced, which some consider to be extremely shortsighted considering the region’s economic and energy potential.

Nonetheless, the Caspian region is gaining renewed strategic significance. As a matter of fact, the region has always been, and will remain an area of geopolitical importance and competition. It may well be the time for the US to pay greater attention to the Caspian region. Washington’s engagement with the Caspian region merits a more holistic and proactive approach that encompasses good governance, economic development, and energy cooperation.

Beyond the revolutions: Ukraine and Armenia between authoritarian resistance and authoritarian legacy
‘Few people dreamt of the changes sweeping Armenia’
Comment