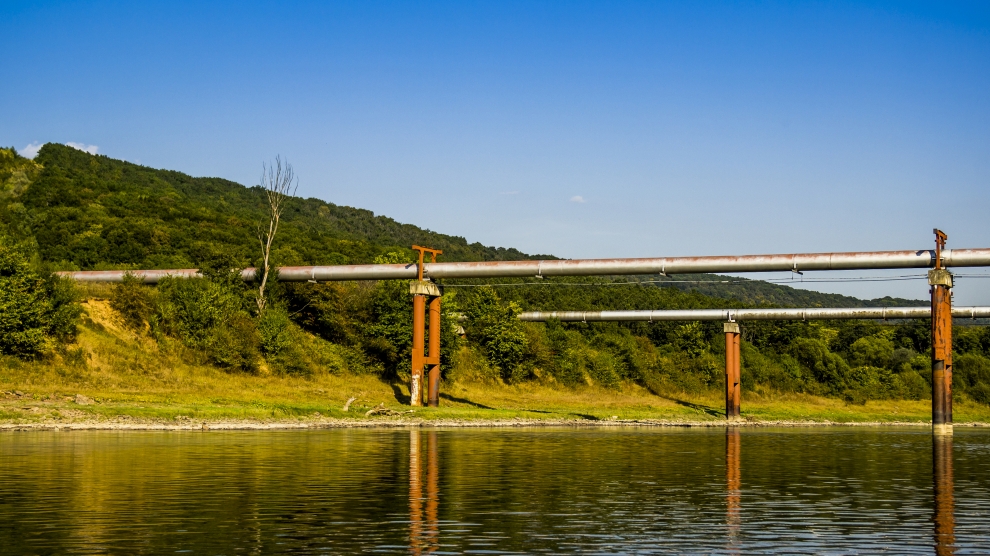 Over the last few years, the issue of future European energy supply has been an increasingly geopolitical and securitised topic. It has become more and more linked to the question of competing gas transportation routes, and continuously tense Ukrainian-Russian relations. In late 2019, Kyiv concluded – as a result of, among others, fresh US sanctions against Russia’s offshore pipeline projects – a new and beneficial transit agreement with Moscow for the transfer of Siberian gas to the EU. The five-year deal is currently securing continued use of a part of Ukraine’s large gas transportation system. As long as Gazprom’s Nord Stream 2 pipeline through the Baltic Sea does not go online, the Ukrainian gas transportation system will have some prospect, use and income.

The well-known confrontations and negotiations concerning different routes of Russian gas supply to the EU, however, also served as distractions from the potential of Ukraine’s own gas and oil reserves as well as its storage facilities. The considerable Ukrainian domestic natural resources in the energy sphere remain until today underexplored or/and underused. This is in spite of the fact that their better use could spur economic growth not only in the energy sector, but also in other industries of the country.

If one counts the gas reserves in the Asian part of Russia as being outside Europe, then Ukraine holds today the second biggest known European gas reserves. As of late 2019, the by then explored Ukrainian repositories contained 1.09 trillion cubic metres of natural gas. This is a deposit that is, within Europe, next only to Norway’s known resources of 1.53 trillion cubic metres.

Yet Ukraine’s enormous reserves of energy remain so far largely untapped. Ukraine has, until now, only a low rate of annual reserve usage, of about two per cent. Moreover, more active than hitherto exploration of yet undiscovered gas fields might further increase the overall volume of Ukraine’s deposits – perhaps even significantly so.

In spite of this hopeful situation, Ukraine still depends on substantial gas imports. When the USSR started large-scale gas extraction in Western Siberia in the 1970s, much of the relevant expertise and capacity in the sector of Soviet gas exploration and production were transferred from the Ukrainian to the Russian Soviet republic (and also some other East European states). As a result, Ukraine’s remaining gas resources have remained insufficiently developed, largely underused and partly unexplored.

Until recently, Ukraine’s total average annual consumption amounted to around 32 billion cubic metres (bcm). Of this entire yearly need, approximately 10 bcm have been year-by-year covered by imports. A juxtaposition of these amounts with the above-mentioned numbers suggests the possibility of a revolutionary future for Ukraine’s gas sector and energy consumption.

Resolute development of the already explored and accessible Ukrainian resources could result in a substantial boost of Ukrainian gas production. This could not only enable the country to fully cover its domestic gas needs and make the country energy-wise largely self-sufficient. It could, in a best-case scenario, even allow Ukraine to start exporting a certain amount of gas to or/and via neighbouring European states. This is all the more so as there is, with Ukraine’s huge gas transportation system, already the necessary infrastructure in place to bring large amounts of gas to the EU.

The EU will, according to some estimates, in 2030 import around 90 per cent of the gas it consumes. Thus, Brussels will, during the next decade, be more and more eager to diversify the origins and routes of European gas supply. In such a context, even smaller already active or potential future exporters like Ukraine can become of interest to Brussels. Their deliveries would lower EU dependency on the large players in the field, and would strengthen the European negotiating position.

The overall investment quantity needed to achieve the aim of full energy independence constitutes a considerable amount against the background of Ukraine’s relatively small state budget and GDP. This sum, nevertheless, only equals the approximate costs for current Ukrainian energy imports over the span of two to three years. Thus, even such a relatively high total would amortize itself relatively quickly.

Over the last years, Ukraine has, often under IMF pressure, gradually reduced distortive governmental interventions into the gas market. Kyiv has introduced market prices for households and no longer subsidises all private households without exception. This comparatively new and economically viable situation should make financial engagement in Ukrainian gas production and exploration more attractive than it has been in the past. The investment climate will improve further once European energy markets recover after a likely world-wide containment of the Covid-19 pandemic in 2021.

Ukraine has one of the most well-developed and all-encompassing gas transportation infrastructures of any country in the world, in terms of both domestic deliveries and export facilities. The Ukrainian gas system constitutes a heritage of the Soviet energy expansion to Europe, is partially a result of the German Neue Ostpolitik (New Eastern Policy) of the 1970s, and was for a long time the main corridor for the transfer of Soviet and later Russian as well as Central Asian gas to numerous European states. Current usage of these capacities is much lower than a decade ago – since the completion of the first Nord Stream pipeline in 2012 – as a result of growing introduction of renewable energy resources, and in view of the current economic downturn. Yet the pipelines and compressor stations are still there to be used, and can deliver more than Russian or Turkmen gas to the EU.

A further significant part of the multidimensional Ukrainian gas infrastructure are the huge underground gas storage facilities that the country controls. The overall and currently only partially-used Ukrainian capacities to store natural gas amount to more than 31 bcm. Ukraine can thus add almost one third to the current storage space of about 100 bcm of that all EU members states have taken together.

It is no surprise that the world’s leading energy research and consultancy company Wood Mackenzie (WoodMac) recently suggested that Ukraine holds the key to Europe’s gas current storage crunch. As a result of the coronavirus crisis, world gas prices are low, yet the EU’s storage facilities do not have enough space to take full advantage of this benevolent situation. In late 2019, Ukraine adopted some amendments to relevant laws and directives – a regulatory modification that has made the use of free storage capacities by foreign companies easier. As a result, during the first nine months of 2020, international energy firms pumped to Ukraine, for storage, 7.9 bcm, i.e. an amount several times higher than the volume of foreign gas stored in Ukraine during the entire year 2019.

Hydrogen is another new horizon for Ukraine’s underdeveloped energy industry. Today, various gas distribution companies are examining Ukraine’s pipeline capacities to deliver hydrogen to their customers. The EU has identified Ukraine as a priority partner for future collaboration in the use of hydrogen to enhance the Union’s energy supply and security.

Yet another energy form of high potential in Ukraine is biogas. Currently, the country has sufficient capacity to produce circa 10 bcm of biogas annually. This volume is roughly equivalent to the amount of natural gas that Ukraine imports every year. In view of Ukraine’s currently growing agricultural sector, its capacity to produce biogas may grow further. Mixing biogas with hydrogen generates biomethane, which is an environmentally friendly energy form that does not contain carbon dioxide.

Boosting Ukraine’s domestic production of natural gas, biogas, hydrogen and biomethane would not only lower or even abolish Ukrainian dependence on energy imports. It would create a new and potent export-oriented branch in Ukraine’s economy as well as provide impulses for stronger growth in other sectors too. The EU would benefit from a diversification of its gas supply sources, and from obtaining a new major energy partner in its immediate vicinity. Moreover, such cooperation would strengthen Brussels economic ties with Kyiv, and lower the need for Western support for the Ukrainian state. A resolute development of Ukraine’s untapped reserves in the production, export and storage of energy should be in the interest of everybody.

Andreas Umland is a senior expert at the Ukrainian Institute for the Future in Kyiv, and researcher with the Swedish Institute of International Affairs in Stockholm.

Uncovering the value of effective cross-cultural communication for tech businesses
Georgia’s start-ups are ready for investment. Time for VCs to take note
Comment