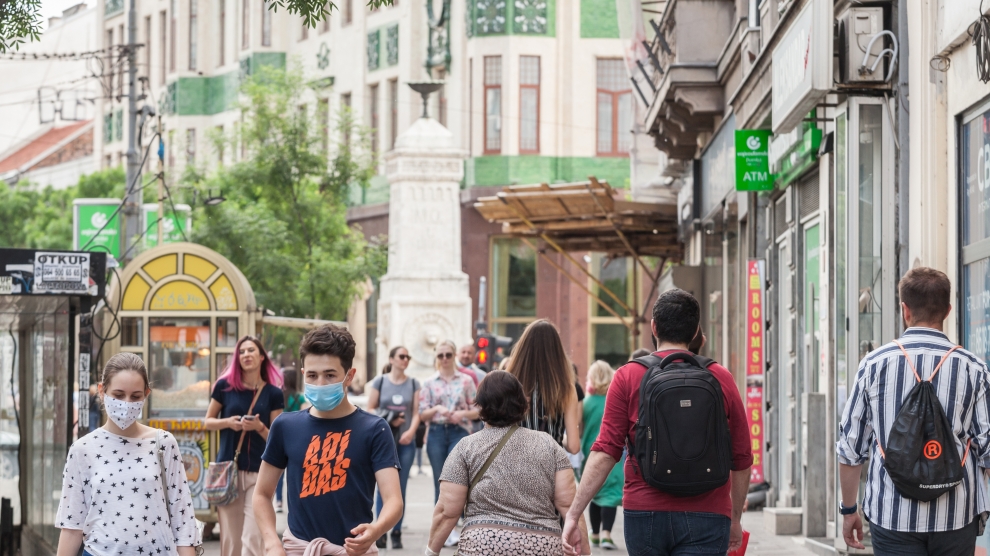 Last week the European Commission issued its latest ‘Enlargement Package’ for the Western Balkans (WB) and Turkey. This means that the six WB countries (Albania, Bosnia and Herzegovina, Kosovo, Montenegro, North Macedonia and Serbia) as aspiring members of the Union got their assessment grades for their ‘progress’ during the previous year and their homework for the forthcoming year. In the following period, they will do what they have many times before: they will pretend to Europeanise by amending hundreds of laws to align with the EU acquis without addressing the key problems of informal governance, corruption and insufficient rule of law. On the other end, to maintain its geostrategic influence and keep WB’s modest democratisation prospects alive, the EU will continue to pretend that enlargement in the next decade is possible and that the only thing WB states need to do to become EU members is to meet the rigorous Copenhagen criteria.

The 2020 Enlargement Package offers a realistic overview of the state of affairs in these countries. In comparison with earlier reports, this year there are clearer reform guidelines based on the revised methodology for accession negotiations. The new methodology is expected to revive the accession negotiations with WB countries by ensuring stronger political commitment. Among the other changes, it envisages an increased role for EU member states to directly observe and if necessary block certain stages of the negotiations if the candidate countries fail to deliver upon the expected reforms. Perhaps most importantly, this year’s package is joined by a comprehensive Economic and Investment Plan for the entire region which offers a budget of up to 9 billion euros, primarily intended for improved connectivity between WB economies and their convergence with the EU.

However, despite the revised negotiation framework, those who continuously follow these processes will see no surprises: country reports have for a decade referred to the same problems over and over again. Although reports note different stages of progress in various areas across the six countries, phrases such as “credible progress in the rule of law area remains a significant challenge”; “corruption is prevalent in many areas and remains an issue of concern”, “there is insufficient commitment to the principles of judicial independence” continue to underline the key problem of all these countries: the lack of effective and impartial rule of law.

As time goes by, in most of the WB countries there is less and less attention paid to ‘what the EU says’. Although there is still a general pro-EU consensus, the earlier enthusiasm that EU membership will bring order and prosperity is slowly waning. In parallel, the presence of authoritarian actors such as Russia, China and Turkey is on the rise. WB countries continue to be characterised with political polarisation and lack of dialogue, abuse of public resources and institutions and widespread corruption and clientelism… Instead of meaningful institutional reforms, political loyalty remains a prevailing factor over professionalism, impartiality and merit. All of this is often joined by state-sponsored nationalism and bad-mannered political propaganda.

Moreover, EU membership prospects remain unclear not only because of the slow pace of reforms but also due to the notable enlargement fatigue of the Union. In comparison to the earlier enlargement waves in 2004 and 2007, today the EU is faced with growing scepticism and unfavourable public opinion towards further enlargement partly based on the worrying track records of some of the other post-communist countries which joined the Union earlier. Also, unlike the previous rounds of enlargement when accession negotiations were mostly in the hands of the Commission, the current enlargement process has a more notable intergovernmental character. The revised negotiation framework opens more room for member states to veto progress to the next stage of the accession negotiations if they are individually not satisfied with the performance of each of the candidate countries. Thus, despite the declarative openness and sympathy to the region, in reality, the EU has little to offer in terms of further enlargement.

On the other hand, national political elites with their ambivalent behaviour are champions of façade reforms and camouflaged authoritarianism. They all have Europeanisation reforms at the top of their official political agendas while simultaneously they are the key sources of everything that undermines Europeanisation. Although they win elections and gain international legitimisation on the grounds of their declared pro-European agenda, in practice all of them (to different extents) exploit their political mandates to informally control and abuse state institutions and public resources to keep and expand their power in society. As such, political elites, instead of being the main agents of change in society (as they often label themselves), are in fact obstructing the further Europeanisation of the region.

Since there is no real reform process which would bring these countries closer to the rigorous membership criteria, nor a foreseeable and credible EU membership perspective, the Western Balkans is a story of pretend Europeanisation: the EU pretends that further enlargement is feasible once the necessary reforms are made, while WB political elites pretend they are Europeanising their societies while simultaneously undermining the spirit of EU-sponsored reforms.

The future does not look particularly bright. While the six WB countries snooze in the EU’s waiting room, every year thousands of their citizens emigrate to the countries of the EU. This is already having a visibly negative demographic impact in the least-developed parts of the region, and is also characterised by a notable brain-drain of qualified professionals in some key areas such as healthcare or higher education. Besides, the current Covid-19 crisis will add more weight to the existing social cleavages in these societies: unemployment (already high) will rise, money transfers from the diaspora, which usually play an important role for national economies, will shrink while public dissatisfaction will continue to grow. Simultaneously, the EU is likely to enter in a new cycle of self-centred ‘we have our own problems’ thinking which could further de-prioritise any potential enlargement.

More than 30 years ago, communist regimes characterised by mass deception and numerous contradictions were phenomenally illustrated in the anecdote of the ‘six paradoxes of socialism’: “No unemployment but nobody works. Nobody works but productivity increases. Productivity increases but shops are empty. Shops are empty but fridges are full. Fridges are full but nobody is satisfied. Nobody is satisfied but all vote unanimously.”

I am afraid the deception of this pretend Europeanisation of the Western Balkans will soon be characterised by a similar anecdote.

Borjan Gjuzelov is a PhD candidate at Queen Mary University London. He has authored several articles and policy analyses on social capital, anti-corruption and participatory policy-making. Gjuzelov was part of the Horizon 2020 project INFORM – Closing the Gap between Formal and Informal Institutions in the Balkans (2016-2019).

Georgia’s start-ups are ready for investment. Time for VCs to take note
Simply identifying a defendant’s assets is no longer enough for an effective enforcement strategy
Comment