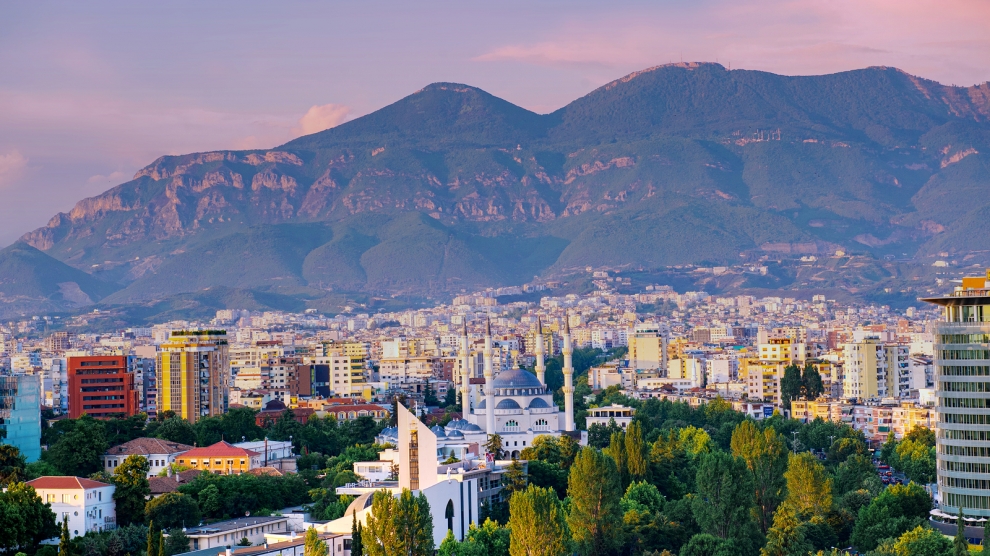 At the close of the Zagreb Summit in May, supporters of European Union enlargement, whether in the Western Balkans or within the Union itself, had reason to be happy: the EU perspective of the six, non-EU countries in Southeast Europe had once again been confirmed by the bloc’s leaders.

Beyond solemn declarations, the EU included Western Balkan states in a number of its Covid-19 measures, thus equating them with current members. The export restrictions placed on critical medical equipment were removed, and the six states were allowed to participate in the EU joint procurement of much-needed supplies. Brussels also offered significant financial assistance to help each state mitigate the consequences of the pandemic.

This, of course, followed the March decision by the European Council to start accession negotiations with Albania and North Macedonia. The Council had last October initially postponed this move because of a lack of consensus, prompting loud talk of a “historical mistake” and of quasi-irreversible Balkan disappointment and of facilitating the encroachment of unfriendly third powers.

We now await the European Commission, which is set to present its framework for the negotiations that will take place with Albania and North Macedonia to present to the European Council. This should be followed this autumn by a progress report for each country.

Sadly, the positive Council decision earlier this spring didn’t make headlines as Europe and the world were struggling with the pandemic. Still, it remains relevant. In hindsight, however, the October reaction seems somewhat exaggerated.

A sober look at Albania and North Macedonia, as well as at the regional “forerunners and laggards”, would reveal that the problems lie not with a populace turning away from the “European Dream” or an EU enclave falling prey to powerful “non-Euro-Atlantic” players. The problems are rather homegrown and concern, first and foremost, what in EU-speak is known as the Copenhagen Criteria – “the stability of institutions guaranteeing democracy, the rule of law and human rights”.

The 2020 World Press Freedom Index, compiled by Reporters without Borders, shows that media freedom is under significant threat.

Unfortunately, it is the forerunners in the EU integration process that are backsliding the most. Other reports, such as that from Freedom House, show a similar decline in levels of democracy and the rule of law throughout the region. One must also consider the highly critical US State Department Annual Reports that did not shy away from pointing out that little progress has been achieved in a number of key areas.

The strong argument for starting negotiations talks with North Macedonia was Skopje’s difficult achievement in settling outstanding issues with her two neighbours. However, domestic reform in both North Macedonia and Albania has been weak, even if one doesn’t consider the high-level scandals and the poor way in which they were handled.

In Albania’s case, the actual start of negotiations will depend upon the government fulfilling 15 specific conditions, defined by the European Council.

What started as five key priorities of the Commission have now evolved into 15 clear instructions that must be followed before things can progress. They include the prosecution of vote buyers and vote riggers, the rescinding of the December 2019 media restriction laws, and much else – all problems that were created by the ruling party.

The 15 conditions imposed on Albania epitomise further backsliding with regards to the Copenhagen Criteria. They also create a stark contrast with the somewhat Panglossian optimism of the Commission’s country reports of recent years. These painted a picture that all is well and everything is progressing swimmingly.

It isn’t that the EU executive is blind to the reality of the troublesome situation on the ground. After all, its’ Western Balkans strategy of February 2018 was somewhat brutal, but unwaveringly realistic when it spoke of issues relating to crime and the capture of state offices through pervasive corruption. The problem was that they did, and do, nothing about it.

Despite the EU’s word carrying weight and the bloc having the means to enact change, some figures even went so far as to help paint the Albanian government’s Potemkin facades.

The well-documented and vast government collusion with the criminal underworld, including, inter alia, the appointment of convicts to public office, official involvement in the centrally controlled cannabis trafficking industry, and unprecedented grand corruption were somehow absent from the periodic EU reports. As were the notable occurrences of concentration of power and the erosion of checks and balances. Not only were these evidenced instances missing from official reporting, but congratulatory statements came in thick and fast from Brussels, essentially ignoring the reality on the ground.

This had a detrimental effect on the situation in Tirana. Gone was the need to engage in serious reform efforts and instead energy was channeled into propaganda generation and lobbying. A sad but all-too-clear illustration of this was the illegal and violent demolition of Albania’s National Theatre, despite pleas and warnings from all sides, including the EU itself.

It came as no surprise then that the MPs of German Chancellor Angela Merkel’s party, who were fully aware of the reality in Albania, decided to impose a set of specific rule-of-law conditions. Their French and Dutch counterparts soon followed suit by adding their own requirements.

While it is true that genuine ‘Europanisation” of aspiring EU member states should be down to their societies and politics, it is also true that the EU institutions should be there to help. The recent Albanian experience, however, reconfirms an old adage about “tough love”. The best way to help Albania and its people is to proceed with honesty and sincerity in relation to the standards that are set. The situation is not improved in any way by false platitudes and diplomatically whitewashing the serious issues that are still present in the country today.

Not only is this true for Albania, but it is true to the principles and fundamental foundations of the EU as well. Covering up misdeeds in the name of progress only helps “corruptocrats”. Let us remember that these individuals are more interested in what the EU has to offer in terms of finance, than adhering to EU values.

The revised enlargement methodology and the “restoration of the processes’ credibility” are a good start but it has to be carried out with a genuine assessment of progress towards fulfillment of the 15 conditions. If these are genuinely fulfilled, it will help Albania to restore her constitutional normality, instead of existing as a single-party state with broken judicial structures.

Hopefully, it will also ensure that new judicial institutions are not captured ab ovo by the ruling potentates.

Genc Pollo is an Albanian MP and former chairman of the parliamentary committee on European Integration. He is also an ex-deputy prime minister, and minister of education.

You wouldn’t give away your ethnic identity. So why should Macedonians?
Where to find limited partners and how best to engage them as an emerging VC fund manager?
Comment