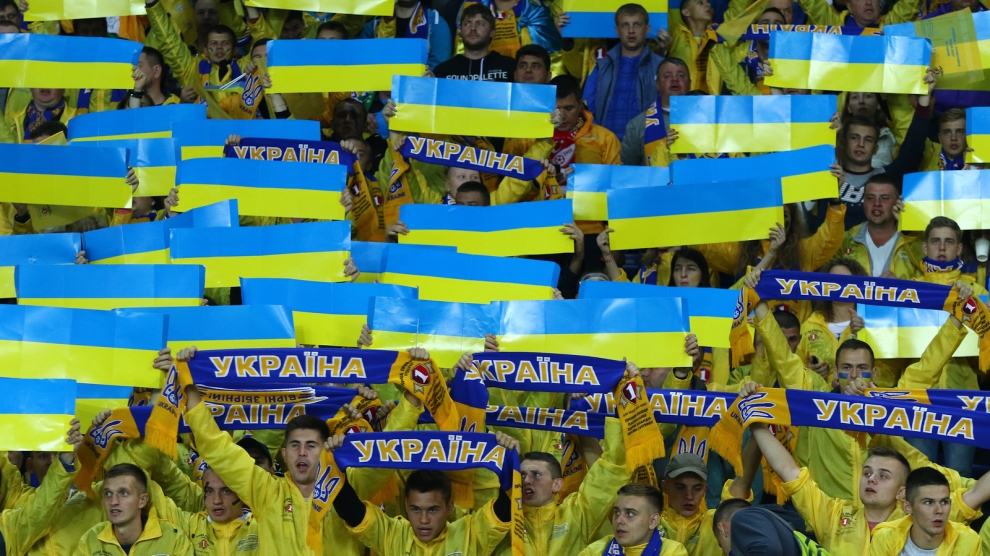 Ukraine is Europe’s largest state in terms of territory and is well known across the world for its extremely fertile black soil ideal for agribusiness. The country’s favourable geographical location, on the Black Sea coast and right on the border with the European Union, has made it a destination of choice for many investors looking to expand crop cultivating, cattle breeding or food processing activities. The country is nowadays harvesting over 60 million tonnes of grain, which makes it very attractive to all grain traders. Ukraine’s agriculture is a jewel in the crown of the national economy and it has a lot of potential which can be much better utilised if land reform can be implemented. There are 40 million hectares of land in Ukraine and a well-functioning land reform can bring a lot of investments into the sector

In recent years Ukraine, which boasts highly-skilled but affordable labour force, has been attracting a variety of manufacturers and IT companies, which outsourced their businesses here.

Among the things that make Ukraine interesting is that over the past few years, it has been an economy where a lot of improvements and reforms have taken place. For example, major changes completely re-shaped the country’s oil and gas and banking sectors. Corporate governance reform and unbundling of the country’s oil and gas giant Naftogaz of Ukraine allowed it to make a dramatic U-turn and return to profitability.  The job done by the banking sector regulator, the National Bank of Ukraine, is outstanding. The NBU can be credited for a swift and dramatic sector clean-up, which allowed stamping out related party lending and curtailing other poor practices thus bringing back confidence in domestic financial institutions. The EBRD is very proud to be part of these efforts of the government through the ongoing political dialogue and technical support of relevant reforms.

No wonder the EBRD is fully committed Ukraine, which is consistently among the top three countries of investment for the Bank . In fact, we are the largest financial investor here with cumulative commitments of over 12 billion euros across some 400 projects since the start of our operations here in 1993. Over the past four years the Bank’s investments reached 3.6 billion euros and we managed to disburse more than two thirds of this amount. We want to continue working in the same fashion: there are plans to finance further electrification of rail tracks and replenish rolling stock of the country’s main railway operator Ukrzaliznytsya, to address solid waste management issues at western Ukrainian municipality of Lviv, We continue doing a large number of transactions with the private sector in agribusiness, general manufacturing, banking sectors and most importantly, increasingly with small and medium sized enterprises. In order to support the latter, the EBRD opened three further offices in across the country and is working with EU in the framework of their the EU4Business programme to help develop SME’s competence and competitiveness as well access to finance.

EBRD is working with the government to develop a concession framework that would enable private operators to come into the infrastructure and similar sectors. Ukraine’s airports and roads offer opportunities both for contractors and investors, provided that the right legislation is in place. There are several thousands of state-owned enterprises in the country and their proper reform, the introduction of corporate governance standards and possible privatisation be of great interest for potential investors and, of course, for Ukraine itself.  Transparent and non-discriminatory privatisation will not only bring much needed cash for the state coffers but will also attract advanced technologies, which will make the economy more competitive.

Looking forward, the EBRD will be helping Ukraine in promoting privatisation and commercialisation of the public sector as well as improving its governance. Special attention will be paid to the country’s energy security thorough the introduction of renewable and alternative power generation facilities thus creating a better energy mix. Ukraine’s SMEs should pay a greater role in the domestic economy and contribute more significantly to the country’s GDP. The EBRD will offer different instruments: from advisory, technical cooperation   to financing in order to achieve this objective. Improvements in the banking sector regulation and supervision, commercialisation, and eventual privatisation of some of the state-owned banks as well as the development of capital markets and non-banking institutions will make it stronger and more sustainable.

The EBRD will offer different instruments: from advisory, technical cooperation  to financing in order to achieve this objective. Improvements in the banking sector regulation and supervision, commercialisation, and eventual privatisation of some of the state-owned banks as well as the development of capital markets and non-banking institutions will make it stronger and more sustainable. The EBRD will help Ukraine in this process and will also provide necessary assistance and expertise need for the reform of state-owned banks.

Sevki Acuner is Head of Ukraine at the European Bank for Reconstruction and Development (EBRD).

No Smooth Sailing for the Oath Breaker
Bosnia and Herzegovina: Building Roads Towards the Future
Comment