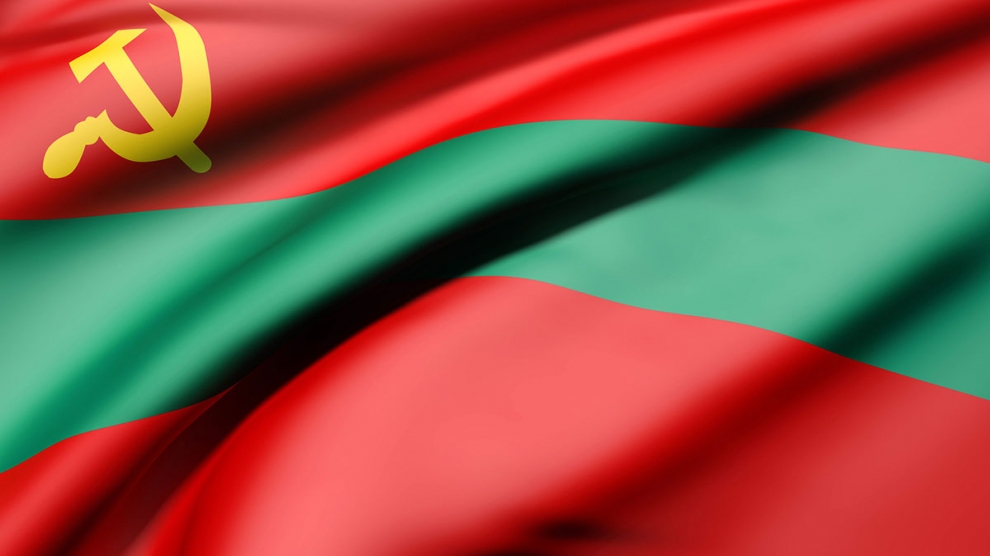 Ukrainian President Petro Poroshenko last week extended the list of companies subject to economic sanctions by including the Ribnita Steelworks (MMZ) – one of the main sources of income for the breakaway Moldova’s separatist region of Transnistria. Sanctions involve freezing assets, limiting trade, preventing procurement or any other capital withdrawal anywhere in Ukraine.

Taken on its own, the move may suggest another step designed to inflict more damage on the Russian oligarchs who own the plant, in keeping with the thousands of entities currently sanctioned for the annexation of Crimea and their alleged links with war operations in Donbas. However, the time chosen to blacklist the plant coincided with ‘5+2’ format negotiations in Rome (May 28-29). This was not a coincidence.

The sanctions are backed by Ukrmetallurgprom, whose CEO Oleksandr Kalenkov, has demanded radical measures from the government to prevent Ribnita operating in Ukraine: until now it was procuring over 20 per cent of Ukraine’s scrap metal. Since Ukrmetallurgprom recently signed a deal with World Steel Dynamics (USA) aimed at increasing cooperation and integration with EUROFER, in central and eastern Europe, sanctions can be viewed as a logical step towards consolidating the metallurgical field and deterring unfair competition.

Sanctions could also be interpreted also as a soft warning against the ‘small steps’ policy of the OSCE and other mediators looking to end the long-running dispute between Moldova and Transnistria, which has for too long turned a blind eye to the real factors that keep the separatist regime afloat – the active involvement of Russian oligarchs in capturing valuable assets, subsidising separatism via discriminatory pricing, military threats and the maintenance of Russian regular troops in Transnistria against the wishes of the Moldovan government. MMZ is recognized as one of the jewels Transnistrian industry. Indeed, the MMZ is the largest industrial plant in the region, employing almost 1000 workers and engineers, with almost 90 per cent of products exported abroad and net contributions to the regional budget of around 30 per cent. Ukrainian sanctions therefore target a plant that is of critical value for the separatist, pro-Kremlin Transnistrian regime.

Built in the mid-1980s MMZ is capable of producing over one million tons of steel per year, and the same amount of of sheet metal. It has not done so for some time, however. Production peaked in 2000. Itera, a Russian group, bought the plant in 2004 before selling it to several Russian investors, with the majority share going to Alisher Usmanov (Metalloinvest) and Vasily Anisimov. Usmanov bought Ribnita not because he fell in love with the craftsmanship of their sheet metal but because the Kremlin indicated to him and other oligarchs that they needed to do what the Russian state was unable to – prevent the economic collapse of the separatist region. Here it is worth noting that Moldova has never recognised the legality of the Russian takeovers in the region of Transnistria, although it has never referred any cases to an international court of arbitration.

Usmanov then used his Gazprom connections to ensure that MMZ got access to either very cheap gas or gas it simply never paid for, lowering production costs and keeping the plant profitable: basically, it can only survive if it has access to cheap gas, allowing it to sell its steel at dumping prices (being located in a separatist republic means it is under no obligation to follow WTO rules).

After acquiring control of the largest and most profitable business of the region, Gazprom began supplying natural gas to its local subsidiary (Moldova Gaz), which is able to only partially collect payment for gas it delivers, accumulating the difference in the form of debt. Nevertheless, the authorities in the separatist territory ruled themselves able to set local tariffs for gas distributed to both private and public consumers in Transnistria, which is almost an invitation to non-payment and manipulation. In 2014, for instance, the price for imported gas amounted to 370 US dollars/1000 m3, while local tariffs barely reached 50-70 US dollars for individual consumers, while commercial entities received lavish cost-breaks. If, on the Moldovan side of the Dniester, consumption was paid largely on time, the separatist regime in Tiraspol decided to suspend its fees for consumed gas, under the claims of Russia ‘having the obligation to care for Russki Mir’.

This scheme of tolerated non-payment make production costs in Transnistria much lower than anywhere else and goods exported much more competitive. MMZ may thus produce laminates and steel at almost dream costs. However, since MMZ is located in a region made rotten by a separatist regime, with no obligation whatsoever to follow GATT/WTO anti-dumping rules, worldwide exports from the MMZ can only go overseas as part of larger political trade-offs. Until 2009, the enterprise was ensuring around 70 per cent of the separatist region ‘s exports, being one of the largest taxpayers. In 2011, Gazprom timidly demanded a repayment of accumulated debts. MMZ was confronted with the most serious problems it has ever faced, forcing its management to stand idle for almost seven months and resume production only when the region’s authorities agreed to supply it with natural gas at a price of 42 US dollars per 1 thousand cubic meters.

In rides the Sheriff

By 2011, Gazprom was selling gas to Ukraine and Moldova at an average price of 250 US dollars per tcb and to Europe for 280 US dollars tcb, meaning that Gazprom accepted the preferential price it offered to MMZ only when the Kremlin made it clear that it stands behind the deal. This turned out to be the dilemma facing the plant’s management – it may survive only as long as it receives cheap energy at the lowest price in the region and sell steelworks at dumping prices. Underpriced gas allows Moldova Gaz to tolerate the marketing of energy at ridiculous low costs and on a discriminatory manner between Moldovan and Transnistrian consumers. The separatist regime openly treats payments for gas a source of financing for their shrinking budget, thus, preferences to the plants owned by Russian oligarchs, corruption, ineffective use of resources gathered from the few local consumers, often end up in offshore paradise jurisdictions.

The problem is, MMZ gets its gas from Gazprom’s subsidiary Moldova-Gaz. So any debt to Gazprom is owed by Moldova Gaz, not MMZ. Even with all the cheap energy it gets however, production at the plant has been falling for years from its peak in 2000: in 2016 just 127,500 tons of steel were produced. Usmanov has since sold the plant to the Sheriff Group, which owns almost everything in Transnistria – supermarkets, gas stations, hotels, farms, textile factories, and dominates the construction industry.

Outside of the safety belt ensured by Usmanov, the new owners of MMZ have applied for a temporary registration to the authorities of the Republic of Moldova, making Moscow furious towards its proxies of the breakaway region. Since Moscow is unable to provide alternatives to MMZ far beyond its long borders, it gave a green light for the registration, but only for a temporary one, which allows MMZ to resume exports only for the CIS, not for the EU, thus, this unsustainable arrangement left the plant in wild waters. Politics shape economic decisions in this separatist region. On March 3, 2018, MMZ suspended its exports to protest the installation of the first Moldovan – Ukrainian Joint Custom Office in Kuciurgan, thus signalling it would rather die than adapt to the inevitable joint control of two sovereign states. Although it may show sensitiveness, Moldova cannot trade its border for the comfort of the Russian state-run capitalists. Nor can it contemplate the misuse of economic dissatisfaction (sort of a ‘hunger games’ inspired by industrial elites) to erode its political agreements with Ukraine.

What would a complete failure for MMZ mean?

Placing MMZ under sanctions intersects with a number of issues. Firstly, it overstates a growing business fatigue in the region regarding the preservation of an unsustainable status quo in the separatist republic. It signals to everyone that despite its belligerent rhetoric Russia can no longer be influential in setting a business agenda for the region. It is practically impossible to rejuvenate something that was built on the Soviet model of industrial ineffectiveness.

Second, the story of MMZ is closely followed by the second most important contributor to the Transnistrian budget: the Kuchurgan Power Plant (Moldavskaia GRES). Almost 80 per cent of the electricity Moldova needs is supplied from Kuchurgan, which was purchased in 2005 by the Russian INTER RAO UES. The pattern is almost the same as for MMZ: from 2006 to 2016, Kuchurgan paid less than 28 per cent of the real cost for gas and continues to generate electricity without paying for it. Credible data show that between 2010-2015, the Kuchirgan plant increased the debts of Moldova Gaz to Gazprom by 2.36 billion US dollars, with a substantial share being directly consumed by the separatist administration for its own needs.

Third, the Moldovan government is directly responsible for defending its minority rights in Moldova Gaz. It needs to prevent the discriminatory treatment of different consumers (be they households or industrial plants), making sure it gradually adapts to the EU energy directives. Moldova will be weak as long as it will accept rotten agreements in the energy field, and proxy groups influencing political decisions in Chisinau, by threatening to cut off energy supplies and take over strategic assets.

Finally, Moldova needs to take a strategic approach towards the debts accumulated by Moldova Gaz. Vested interests have for too long kept Moldova from effective energy alternatives. They permeate the system of national security by feeding corruption, impunity and by tolerating non-transparent deals for electricity and gas, but more importantly, allowing Russia to block the implementation of the 3rd Energy Package (unbundling provisions of the gas sector) until 2020, thus seriously affecting the organic adaptation of the Moldovan energy system to EU standards and practices. As such, energy connections to neighboring Romania shall serve as a strategic incentive to replace Moscow-built dependencies.

Insecurity of the gas supply from Russia is caused by Russia’s willingness to exploit energy as a powerful tool of leverage on Moldova, as well as by the unethical behavior of some of its representatives, who use the cost of energy to achieve political aims. Moldova shall fully implement its membership duties of the Energy Community, making all necessary efforts to adopt and transpose the EU’s energy aquis, that will reinvigorate the Association Agreement benefits to its citizens and recover the lost opportunities of the past. This means house-cleaning and political creativity.