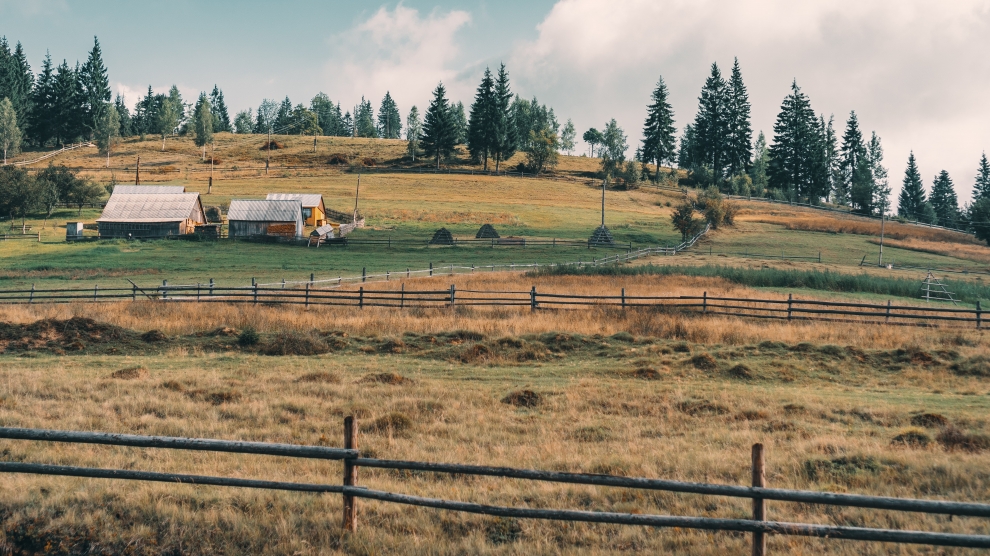 The coronavirus pandemic is unfortunately giving authoritarians and would-be authoritarians globally an excuse to aggrandise power, evidenced by the recent “emergency powers” bill in Hungary and the disappearance of whistleblowers in China who dared to expose the Communist party’s disastrous handling of the virus.

Even beacons of democracy such as the United States have seen the coronavirus used as a “tremendous opportunity to restructure things to fit our vision” (uttered by Democratic Senator James Clyburn), with massive societal changes coupled with government fiat to shut down private business and levy fines for rights such as the right to assembly.

In the midst of this centralisation of power, Ukraine stands out for some progress in the other direction: in the wee hours of March 31, the Verkhovna Rada (Parliament) of Ukraine overturned the “temporary” moratorium on land sales from the Land Code of 2001, finally opening up the country’s land market. With a step towards protecting property rights rather than discarding them, Ukraine is once again swimming against a global tide.

A key tenet of success in the transition from communism to capitalism has been shown to be the creation and protection of property rights, a reality which was proven in academic literature time and again (including in my own comprehensive work). Indeed, property rights are the bedrock upon which a free society rests, referring not only to owning “property” such as land, but including the right to manage, dispose of, transfer, use, or whatever one pleases with a good or object.

With reference to land, property rights become a crucial human right, allowing a landowner the ability to not only use, sell, or abandon their land, but also the ability to collateralise it for productive use. That is, without a clear sense of ownership of a plot of land, the land itself cannot be used as collateral for lending, depriving owners of a stream of capital which they can then use to improve production, increase consumption, or invest elsewhere. Lack of property rights also discourages investment, as unclear ownership and the threat of expropriation makes investors wary of engaging in long-term transactions. In short, lack of property rights makes land inherently less productive than it could be, while also denying the basic human right to trade.

Despite these demonstrable effects, for nearly two decades the politicians of Ukraine ignored this reality and the land sale moratorium was renewed annually. The original Land Code of 2001 was seen as a necessary compromise for the various factions in the Rada, with Communist MPs in particular fighting strongly against any privatisation of land since Ukraine became independent. However, in recent years, support for the moratorium has become omni-partisan, and in every instance, the same reason was given for the extension of the moratorium, namely that “the conditions for the development of the land market in Ukraine” were not ready.

Time after time, politicians pointed to weak registration procedures and weak central administrative capacity for cadastral services, blithely ignoring that they themselves were responsible for creating these centralised institutions. And despite the hope for swift reform after Maidan in 2014, the continued extension of the “temporary” moratorium by then President Petro Poroshenko showed that even he was not serious about tackling this crucial obstacle.

It is not hard to see why politicians played along with this piece of legislation, as it (not surprisingly) benefited them while disadvantaging others. In reality, the prohibition on sales did not mean land could be transferred, it was just done under a long-term lease (a solution for other transition economies where provenance of land rights is problematic, as in Kosovo). Unfortunately, this approach acted as a regressive tax on the poorer and rural Ukrainians who held small plots of land which they could not abandon nor could they turn into a source of income (it is difficult to lease a five hectare plot if it is the only plot around, and also if it is where you currently live). Short-term leases also were traded on the black market, giving – perhaps – a chance to landowners to monetise their property, but the clandestine nature of these informal rights meant that ownership was even more tenuous and without basic protections.

On the other hand, with economic and political powers not available to the average Ukrainian, the moratorium allowed the ruling elite the ability to access land while keeping poorer landowners tied to their land in a manner reminiscent of feudalism. Ironically, this reality was often used as a reason to keep the moratorium in place, as some argued, if it were lifted, the oligarchs would swoop in and buy up all the arable land. Of course, the hole in this argument was that the oligarchs still had the ability to seize the land, only under a free land market, landowners would actually get something for it.

Surprisingly, after living with it for so long, these issues are now fading into the past. The ability of President Volodymyr Zelenskyy to have the moratorium lifted is a tribute to his unorthodox style and advances Ukraine’s reforms immensely. This is not to say that the new act is perfect, and in fact the oversight of the land market in Ukraine is still hugely flawed. Most egregious is that foreigners are still prohibited from owning farmland, which closes off one large source of capital for landowners in the country. In effect, the Rada has decided that there is enough liquidity within Ukraine so that a land market can develop. In another ironic twist, this caveat may make some of the dire predictions of land liberalisation come true, as the only Ukrainians who have the means to amass land empires are those who are connected to politics. With foreign ownership a check on oligarchs, such aggrandising of land would not be possible, a gigantic flaw in an otherwise welcome bill. Such prohibitions need to be discarded quickly in order to make the full benefits of property rights available to Ukrainians.

Regardless of these shortcomings, in a world becoming more enamoured with authoritarianism by the day, the fact that Ukraine was able to finally begin to topple a long-standing barrier to a free market is worthy of note. And perhaps it is more important to look at Ukraine’s progress against its own starting point rather than against an idealised version of what property rights should be; in this sense, Ukraine has moved substantially to shed its Russian-style version of communal rights and move towards Western norms.

Indeed, the repeal of the land sale moratorium removes a long-standing impediment to unlocking Ukraine’s potential, and is a huge step to completing Ukraine’s heavily delayed transition. There is still rigorous work which needs to be done in removing the remaining distortionary aspects of the bill, but Ukraine has proven that it can indeed swim against the tide.

Towards a vibrant civil society in Ukraine and Armenia
In Romania, nobody claps for doctors
Comment