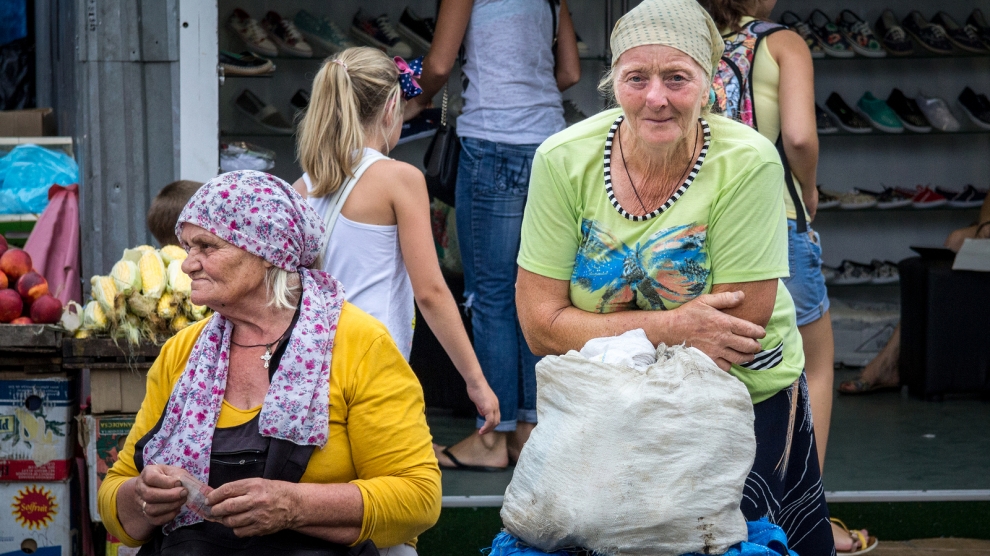 Ukraine’s pension reform was introduced in October 2017. Most of the amendments it brings to the existing system are long term and haven’t really had time to play out yet. However, some important changes are already in place.

The reality is that Ukrainian pensioners are extremely poor. There are approximately 12 million Ukrainians who receive pensions. However, eight million of them receive a minimal pension worth about 42 euros per month (1312 hryvnia), while the average pension nationwide is 60 euros. Meanwhile, the monthly consumer basket in Ukraine costs the equivalent of 81 euros. A kilogram of beef costs 3.50 euros, one litre of milk costs 60 eurocents and the cheapest loaf of bread costs 30 eurocents. As a result, most Ukrainian pensioners live under the poverty threshold.

The second important problem is that Ukraine’s Pension Fund experiences a massive deficit. In 2017, Ukraine had to cover a 5 billion euro (141.3 billion hryvnia) deficit from the state budget. Obviously, this situation leads the government to a policy of cutting expenses. But the drastic social reality pushes it in the opposite direction: pensioners need more funds to survive.

To tackle the harsh situation of Ukrainian pensioners, the reform foresees the modernisation of pensions. The government has had to recalculate pensions for more than five million citizens (more than 50 per cent of pension holders) since October 2017, and it delivered. Pensions have increased by 22 euros on average (a very modest rise indeed), but the modernisation has cost Ukraine’s budget approximately 383 million euros. The automatic indexation of pensions will be introduced to avoid this problem in future.

Moreover, the role of the pension insurance record will grow. Since 2018, reaching retirement age and getting a pension ceased to be identical concepts. The reform enables a rise in the amount of years somebody needs to have worked in order to claim a pension from 15 years to 25 years. This number will grow to 35 years by 2028. If a citizen does not have sufficient years on his or her pension insurance record, they will have to wait until they are 63 to qualify for a pension.

Finally, the government tried to find a compromise between donors and citizens. The pension reform has been one of the IMF’s key demands for Ukraine in order to release an 8.4 billion US dollars tranche of finance, part of its 17.5 billion US dollar loan program. However, the Ukrainian government declined to go for such unpopular measures as raising the retirement age or avoiding indexation. As a result, only a few of the donors’ recommendations were implemented (for instance, the rise of minimal work experience). Nevertheless, 49 per cent of Ukrainians say they do not support the pensions reform.

As Ukraine is facing a shrinking working population due to population ageing and emigration, the real question is whether the pension reform achieves its goals. Or, rather, it is a temporary compromise between the need to balance the public finances and the need to save elder citizens from more poverty.

Vitalli Rybak is an analyst at Internews Ukraine and Ukraineworld.org.

Where is our Macron?
Trump and Putin: A missed opportunity (to put it mildly)
Comment