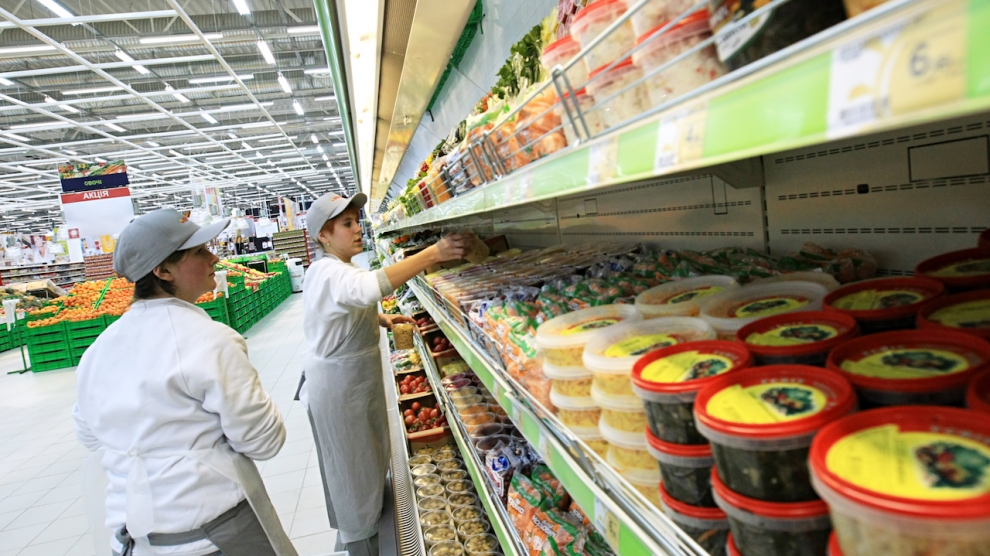 Since gaining its dependence Ukraine’s economic and political priorities have been to attract foreign investors. Ukraine is a country with a population of 45 million. The country’s leadership’s main arguments to attract foreign investors have been its abundant and cheap labour force as well as a large market and fast growth of consumption. But is that supply of labour sustainable?

In the short-term perspective, perhaps yes. However, in the-long term perspective, these arguments may appear to be too narrow. In order to be more attractive to investors, Ukraine needs to be even closer to the European Union and in order to benefit from the Deep and Comprehensive Free Trade Areas (DCFTA) / Association Agreement, it needs to have a stabilised political, economic and financial system and, above all, to root out corruption.

The labour market in Ukraine is very unstable at the moment and there are several reasons for that. One of them is that Central European countries such as Poland, the Czech Republic and Slovakia are interested in importing Ukrainians for their production. This applies to both qualified staff (engineers-constructors, turners, welders) and unqualified workers, for the spadework.

The instability of the country also contributes to the fact that people are willing to work abroad, promoting an outflow of labour from the country. Estimates say that every fifth Ukrainian is thinking about leaving the country. Since mid-2016, we have seen an increase in demand for workers in other countries. As an example, in 2015 one or two our clients wanted our firm’s assistance to acquire workers from Ukraine. In 2016, we had about six/seven of such enquires. In 2017, there were four applications in the very first month.

As far as unqualified staff is concerned, there is also the issue of seasonality, which means a large outflow of workers from mid-spring to mid-autumn. Sometimes they go to work in countries such as Egypt or Turkey, or to do seasonal work across the border in Poland, e.g. fruit picking. During that period, almost all the manufacturing companies of the Western region face a shortage of workers.

At the same time, the level of wages may vary significantly, for the same position, if one speaks about office staff. As for the unqualified jobs, their level of wages is not as low as the foreign investor might expect. Where the labour force and its cost-effectiveness is concerned, it is necessary to look at what point it is cheap and qualified in detail. If Ukrainian labour was qualified, the productivity would be much higher, and wages, naturally, would be much higher than they are today. It is also a fact that the country cannot afford such burdens on the budget as the “luxury” system of education that was inherited from the Soviet Union. In order to bring it into line with the needs of a neo-colonial type of economy, educational reform is now starting to happen in the country.

Together with the current demographic crisis, it will be impossible to recreate the highly skilled labour force, in the medium-term, in Ukraine. Already, some experts predict that the country will need to import labour from those countries where it is in quantitative excess, and its cost is even lower than in Ukraine. This will inevitably lead to an overall reduction in the cost of internal labour because employers will be guided by the lower limit of the expected level of wages instead of upper level. A new Labour Code, to “improve the investment climate in Ukraine”, means not much attention is paid to this inexpensive labour.

In fact, it is not the cheapness of the labour force that is the most important and essential index for true foreign investors. It is taken into account but it has never been not will it be a decisive factor in the choice of a country to invest in.

As for office staff, many of our customers’, i.e. foreign companies, first contact with Ukraine is by hiring an employee using an out-staffing service. In this way they save themselves the need to create a simulated employee, or to delve into the intricacies of Ukrainian law in the sphere of labour relations. The task of this person is to test the market, by selling the company’s products or services, as well evaluating all the risks. They help investors decide whether to get into this market and to set up legally and recruit staff or if the market is still not ready and will not give desired volume then, in that case they can continue out-staffing.

For real foreign investor cheap labour isn’t the most important thing; it is the outlet. It is not a problem to set up a new plant in Ukraine but it is more difficult to find a market for these products, if the investor doesn’t have that planned out already. This is the most important thing, because the aim of any overseas investment is not to provide jobs for the citizens of Ukraine, or any other country, but to get profits for the investor.

Inna Kharchenko is General Manager at Adecco Ukraine/Avanta HR Solutions. She has worked for the company since January 2015, earlier as head of the Kyiv Branch. She has been working in HR since 2008. Inna has a degree in International Economics from Kyiv National Economics University.