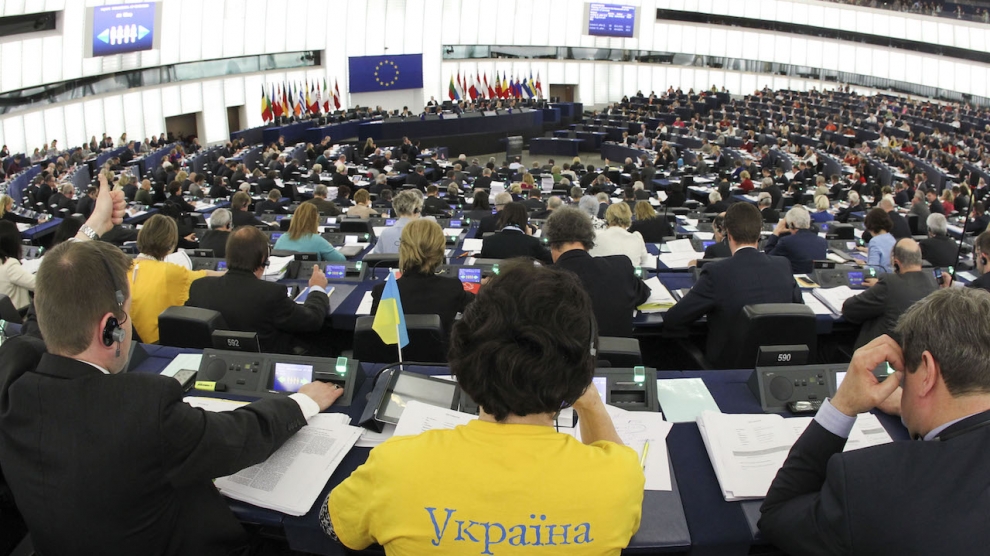 The Deep and Comprehensive Free Trade Area (DCFTA) negotiations between the European Union and Ukraine began in 2018, after the country joined the World Trade Organisation (WTO). Despite having started on the wave of the Orange Revolution of 2003-2004, they were continued, or even accelerated, by President Viktor Yanukovych, who was elected in 2010 and is known for his pro-Russian.

The EU’s objective was to create conditions that would allow the integration of the Ukrainian economy with the European common market and, consequently, contribute to the country’s geopolitical stability. Even though the negotiations focussed on economic issues — frequently at a very detailed level — they quickly became very political. On the one hand, the economic-related negotiations constituted the most important part of the Association Agreement (AA), which was the main instrument of the EU’s Eastern Partnership project. On the other hand, Ukraine’s adoption of the Agreement determined the direction of the country’s future development, excluding a potential integration with Russia, Belarus and Kazakhstan, within the Eurasian Economic Union (EEU).

The negotiations were concluded before the end of 2011, with agriculture being the most contentious issue. Kyiv agreed to lower grain export quotas in exchange for higher meat export quotas. Additionally, as far as geographical indicators were concerned, Ukraine gave up the use of names that were already reserved by European products in return for subsidies for Ukrainian producers. At the end, both parties agreed there would be no export duties or energy subsidies.

In 2011, when it became was clear that the AA/DCFTA negotiations had been successful, Russia started to put unofficial pressure on the government in Kyiv in order to get Ukraine to join the Russia-supervised customs’ union. In the summer of 2013, Russia realised the Kremlin’s pressure had not been successful and as Yanukovych’s government continued to finalise the dialogue with Brussels, Moscow barred Ukrainian trucks from crossing the border. Immediately following that, Russia started their negotiations with Kyiv, offering a loan and lower gas prices if Ukraine cancelled the Association Agreement / DCFTA.

As a result, President Yanukovych withdrew from the Association Agreement with the EU, during the Eastern Partnership Summit in Vilnius, in November 2013. This decision devastated a great number of Ukrainians, who saw the association with the Bloc and the adoption of the European standards, listed in the DCFTA, as the only way of restoring the rule of law and fighting widespread corruption in the country.

That disappointment led to demonstrations and, once these were dissolved, to a permanent protest on Kyiv’s Independence Square (Maidan Nezalezhnosti). The protesters demanded that President Yanukovych step down and that the negotiated AA/DCFTA be introduced.

The fighting in February 2014, which resulted in hundreds of casualties, caused President Yanukovych and the majority of his ministers to flee abroad. An interim government was established and President Petro Poroshenko, who was elected in May 2014, fulfilled the people’s demands and signed the Association Agreement on 27 June 2014. The agreement with Ukraine is the only AA/DCFTA agreement, whose lack of implementation led to widespread demonstrations, the sacrifice of a great deal of protesters’ lives and a change of government.

The Association Agreement came into force, provisionally, on 1 November 2014. Since then, the European Union has used the DCFTA unilateral trade measures in the sections related to tariffs and the European market quotas.

After the “Revolution of Dignity” Russia started another diplomatic offensive, whose objective was to block the DCFTA agreement from entering into force. The Kremlin’s argument was that the provisions of the agreement are contrary to the provisions of the Commonwealth of Independent States Free Trade Area (CIS FTA). In order to put additional pressure on Ukraine, Russia suspended Ukraine’s participation in the CIS FTA. Both the EU and Ukraine proved there were no contradictions in either agreement and they resisted adding additional elements that would make the existence of the DCFTA pointless. Eventually, the DCFTA entered into force provisionally on 1 January 2016.

Currently, the Agreement will enter into force completely, as soon as it has been ratified by the European Union and Ukraine and, because it discusses aspects other than the common trade policy, also by all member states, except the Netherlands. The Dutch Parliament ratified the agreement but a referendum followed, on 16 April, which rejected the ratification. In order to respect the nation’s decision and to simultaneously enable the implementation of the agreement, Mark Rutte’s government suggested an adoption of the agreement under one condition: that the AA/DCFTA would not directly lead to Ukraine’s membership in the EU nor would it bind the EU to defending the country. Such a ratification act draft, despite having the support of the parliament’s majority, will probably not be adapted before the parliamentary elections scheduled for 15 March 2017.

The DCFTA Agreement with Ukraine was meant to be the first, exemplary trade deal with Eastern European countries within the Eastern Partnership scheme. It was also intended to lead to the adoption of some 60-70 per cent of European standards in areas such as trade, finance and economic collaboration, macroeconomic policy, state administration, nuclear policy, consumer protection, environment, labour market, education, health care and social issues.

It not only assumes the removal of tariffs, with the exception of quotas for agricultural products exported to the EU market, but also the removal of non-tariff barriers, the liberalisation of sale of services and the protection of intellectual property rights. According to the European common market’s regulations, Ukraine is expected to adapt its law related to state aid and competition. Both parties will allow their firms to take part in public tenders. The deal also includes Ukraine’s commitment to the continuous transit of gas to the EU; although the terms of collaboration in the energy area had already been set in the Energy Community Treaty, which Ukraine adopted in 2009.

Even though the costs of standard unification are short-term, and higher for Ukraine, the country is bound to receive a great deal of benefits, such as access to European products, services and capital, and better conditions for European firms to invest in Ukraine. The European Commission assumes that European investments, the transfer of technologies and corporate governance will lead to diversification in the Ukrainian economy and will help the country increase the export of value-added and innovative products, as opposed to its current dependence on the export of agricultural and industrial products.

In a long-term perspective, the DCFTA is also expected to help increase small and medium firms’ (SMEs) share in the GDP, at the cost of large oligarchic corporations. The Association Agreement will also improve the efficiency of public administration and will significantly lower corruption. On top of that, as part of the DCFTA, Ukraine will receive macrofinancial and technical support to harmonise its law with the EU’s.

Ukraine’s economic situation deteriorated significantly following Russia’s aggression in Donbas, the occupation of Crimea and the lack of access to the previously important Russian market; all of which resulted in a drastic devaluation of the hryvnia. Despite not being able to offset the economic loss, the EU’s unilateral trade preferences, the lowering of tariffs and the opening of the EU market all helped increase Ukraine’s export to the European market by 5.2 per cent in 2015.

In spite of political conflicts, the Ukrainian authorities managed to carry out reforms in the banking sector, gas, public procurement, crime fighting (by establishing a new police force) and corruption. The new electronic public procurement system, ProZorro, enabled transparent transactions worth hundreds of millions of Euros. At the same time, the electronic system of disclosure for financial statements revealed the financial means of over 100,000 public figures. A National Anticorruption Bureau of Ukraine and specialised anticorruption departments within the prosecutor’s offices have been established. These measures allowed Ukraine to receive financial support from both the EU and the International Monetary Fund (IMF).

Although the implementation of the DCFTA’s provisions is delayed because of Russia’s political and military pressure, as well as the existing political and economic crisis, the Agreement is high on the agenda of the majority of political forces in the country, with the exception of the pro-Russian Opposition Bloc. The agreement’s success, apart from internal determination, very much depends on the European Union’s support for the reformers’ forces and the rejection of Russia’s pressure; they still haven’t abandoned the idea of making Ukraine part of their customs’ union.

Paweł Zalewski is a former Member of the European Parliament, where he served as Chairman of the Committee on International Trade (INTA) and a Rapporteur of the DCFTA Agreement with Ukraine. Prior to that, he had served as a Member of the Polish Parliament for three terms. He is a historian, a graduate of Warsaw University. Twitter: @ZalewskiPawel