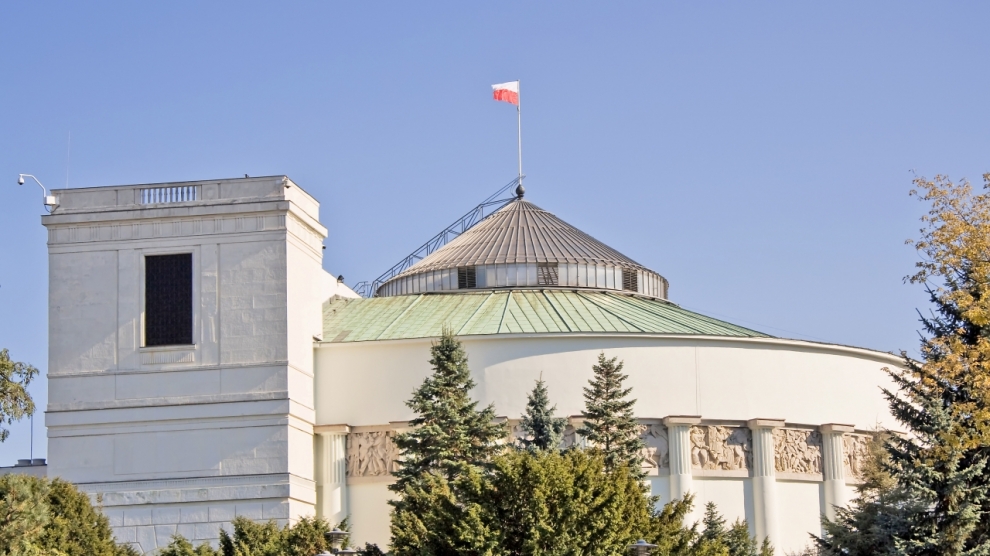 When, back in April 2015, I had the honour and pleasure of setting up NowoczesnaPL with Ryszard Petru and 19 other eminent individuals, we didn’t expect that Law and Justice (PiS) would be able to ruin Poland to the extent that it has. For ruining the country is exactly what it is doing.

It was Ryszard Petru — NowoczesnaPL’s leader — who, in 2016, saw ‘a little light at the end of the tunnel.’ This was when it looked as though PiS was ready to abandon some of the legislation it had passed in the December 2015 Constitutional Court Act. I was less optimistic, certain that what little light there was emanated from the headlights of an old steam locomotive, whose brakes no longer worked but which still had plenty of coal to burn.

Today, that locomotive is speeding ever faster and may well keep going for another six years. Jarosław Kaczyński and his team do not respect the pillars of our young democracy. They treat the constitution as an obstacle blocking their way to achieving their political goals. They are destroying the country’s image, successfully rebuilt over the last three decades.

Europe has become worried about our instability and lack of responsibility, about the way we have derailed three pillars of power and about our xenophobic and homophobic attitudes. The demons of nationalism and socialism have become part of Poland’s everyday reality.

Nowoczesna was set up in protest against the Civic Platform’s (PO) ‘warm tap water.’ I am not going to dwell on PO’s failings, which brought PiS to power. But I will mention just one: the failure to place Zbigniew Ziobro, the current minister of justice and the general persecutor, on trial at the State Tribunal. We are all paying for that now and there is more to come. This is not the beginning of the end, but perhaps the end of the beginning.

Unless the opposition, by which I mean the entire opposition, gets together and joins forces, PiS will not only take over the media and the courts but will emulate Turkish President Recep Tayyip Erdoğan. If this might seem highly unlikely, the actions of the past year do not leave us with any doubts.

I understand it is hard for the ambitious and omnipotent leaders of the current opposition to come to grips with the fact that Mr Kaczyński has dominated the narrative in Polish politics, and that President Andrzej Duda has started to act as a new leader of the opposition. Of course, we can disapprove of the fact that PiS is breaking the law, that they might take Poland out of the European Union, that they have transformed the Constitutional Court into an operational structure helping their party.

We can do that, but as Rudolf Abel, a character from the Bridge of Spies would say: Will it help? It clearly won’t. The only way out here is to play the same game as Kaczyński. A joint opposition is no longer enough, although it is a condicio sine qua non in order to defeat PiS. What we need is to convince Jarosław Gowin, minister of higher education and the leader of Polska Razem (Poland Together), a partner in the coalition government, that he would make a good prime minister. And President Duda needs to know that he will have support in the next presidential election if he continues to stand up against his own party in order to defend Poland’s constitution and democracy.

Nobody wants to go down in history as the person who brought about the fall of Poland’s democracy and forced the country leave the EU. In order to avoid that, the opposition has to completely change its way of thinking and draw conclusions from the mistakes that have been made over the last year. We have to understand why PiS won the last election and why so many Poles continue to support the party. We mustn’t look down on the beneficiaries of the 500+ programme which pays 500 złoty (around 118 euros) per month, per child, to families with two or more children but understand their needs. Extraordinary situations call for extraordinary measures.

I am aware that it is easier to write than to achieve but there are times in a nation’s history — and this is clearly one of those times — when the particular interests of parties and their leaders have to be pushed to one side.

I am also aware of the large gaps between the various party leaders: Grzegorz Schetyna (PO) and Robert Biedroń (formerly Twój Ruch/Your Movement), Władysław Kosiniak-Kamysz (Polish Peasants’ Party, PSL) and Adrian Zandberg (Together/Razem), Ryszard Petru (Nowoczesna) and Włodzimierz Czarzasty (Democratic Left Alliance, SLD). But if Mr Gowin and Mr Duda don’t want to take a step towards the bright side of power, the only option is to build an anti-PiS coalition. Perhaps this will be the beginning of a two-party/two-political-block system which will eventually lead to the introduction of a chancellor or presidential system going forward.  If we don’t do that, we will have to survive more dark times.

Local elections are scheduled for 2018. If we don’t unite the opposition, PiS will sweep all before it. The government already controls the state-owned media and may soon take over private media through its anti-monopoly proposals. The Polish National Foundation, which manages 100 million złotys (23.5 million euros) in government funds – a gift from state-owned companies for the promotion of Poland abroad – has demonstrated how public funds can be used to justify the changes PiS wants to make to the justice system.

The temptation to set up a new political entity, similar to Tony Blair’s Labour Party, can be very attractive but I am afraid that dividing PO, Nowoczesna and the Left might not stop PiS. Belief in the future of a democratic, tolerant and pro-European Poland very much depends on the current opposition leaders, their political maturity and wisdom.

It is critical to remember why PiS took power in the first place, to remember that there are people who earn 1,500 złotys a month (approximately 350 euros), who cannot afford to buy medicine, who die while waiting to see a doctor and who cannot seek justice in courts. They all deserve our respect.

A united opposition must cease being a slogan and embrace a political structure. It must become a reality. Else PiS will win again, and our grandchildren might never forgive us.

Is the CEE Region About to Steal the Outsourcing Crown From India?
Slovenia’s Presidential Election: Pahor Expected to Romp Home
Comment