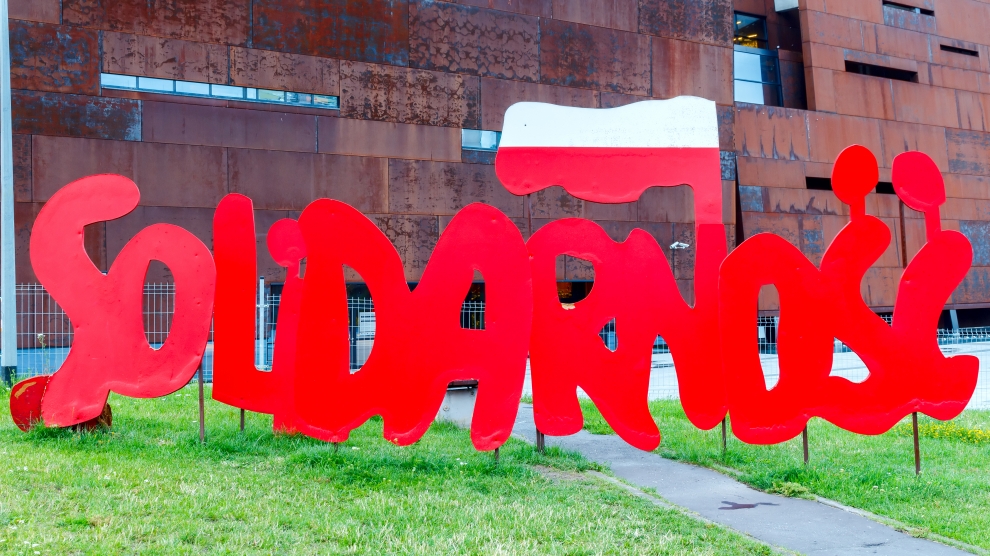 Just like Europe united to defeat communism 30 years ago, it must lead the way now and show solidarity with the people of Belarus fighting for fair and democratic processes in their country.

In this year of multiple tragic events, including the Covid-19 pandemic and the explosion in Beirut, much has been made of the need to show solidarity. It is a concept which members of the international community have taken to heart and displayed continuously and touchingly in recent months. The masks, the disinfectants, financial aid, expert help – they have unfortunately not saved some people’s lives or livelihoods, but they have provided a much needed glimmer of hope at a time when the world is suffering unprecedented crises.

And now, with the Belarusian people falling victim to a brutal state crackdown following the protests against Alexander Lukashenko’s win in the country’s presidential election, we must once again show solidarity against injustice – and help a nation which is trying to decide the outcome of its democratic processes for itself.

The situation in Belarus is serious. The presidential campaign, the election process and the measures taken just after the polling stations closed do not allow us to conclude that the Belarusian authorities are upholding European values. President Lukashenko holds a strong grip on power, quashing opposition and protests against his rule as well as the outcome of the election. Belarusians have demanded a fair vote and fair results, but their efforts have instead been met with a questionable outcome and repression. As a European and international community, much of which is free to express its views and choose its leaders in democratic elections, we must not turn a blind eye to the plight of the Belarusians – especially when we have gone through a similar process just three decades ago.

This month marks the 40th anniversary of the creation of the Solidarity trade union movement in Poland. It emerged from a strike, which began at the Lenin shipyard in Gdańsk and over a few days spread throughout most of Poland. On August 31, 1980, an agreement was reached between the communist authorities and strikers that allowed for free and independent unions, together with freedom of religious and political expressions, to exist. This was the beginning of the end of the authoritarian communist rule in Poland.

Solidarity’s opposition to the oppressor sparked a series of revolutions – also inspired by the anti-communist rhetoric of Margaret Thatcher and Ronald Reagan, and support from Pope John Paul II – which ended Soviet rule in Central and Eastern Europe and paved the way for a peaceful transition to democracy in the region at the end of the 1980s. It was the start of Poland’s structural and economic transformation – one which has seen it become Europe’s success story.

But while Solidarity-inspired protests in the 1980s were peaceful on the side of the protesters, the reaction of the state authorities was violent, with dozens of Poles killed following the imposition of martial law in the country in 1981 and Solidarity being outlawed. Poland of 40 years ago can be compared to the Belarus of 2020. Peaceful protests are being met with violent state suppression. Despite this, there is hope for a change for the better. And this is why we must act, collectively.

Poland has taken a lead on the support for the people of Belarus by calling for a meeting of EU’s Foreign Affairs Council. As a result, today, a special videoconference of the EU foreign ministers is being held to show the bloc’s unity on the issue and exchange ideas on how the 27 member states can help our eastern neighbour. It is an opportunity for Central European countries like Poland to convince western member states, who are geographically further away from Belarus and do not feel the threat of potential further coalition and subjugation of the country by Russia, of the need to resolve the issue – by allowing the people of Belarus to resolve it.

The future of Belarus lies in the hands of its citizens, both those ruling the country and the ordinary citizens, who, with the whole world watching, have shown that they are conscious, active and interested in having a real influence in shaping the country’s future. The authorities cannot ignore this and cannot use oppression against civic engagement. Instead, they should enter into dialogue with their citizens to bring about a peaceful and democratic solution to the crisis. And we, its neighbours, must stand ready to facilitate the process.

This is a very important moment not just for the history of Belarus, which has ancient libertarian and republican traditions dating back to the times of the Polish-Lithuanian Commonwealth, but for the history of Europe. Much like in Poland 40 years ago, the right to protest and show opposition must be respected. Only then can a country exist as a fully-functional democracy.