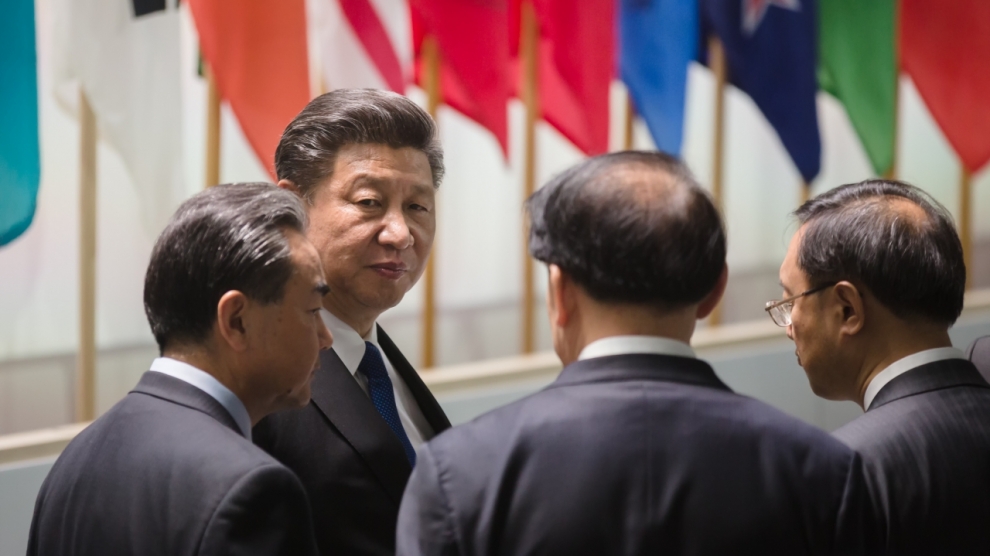 “EU member states should be looking at all these initiatives with a view to how Europe could profit from the developments without giving away its strategic assets, namely its key infrastructure and without having had in-depth consultations on how to benefit from increased the Chinese spending in global infrastructure projects.”

Numerous large investments are already underway along the so-called Silk Road that connects China with countries such as Kazakhstan, Pakistan, Iran, the former Soviet Republics and, last but not least, Europe.

When talk turns to Chinese investments in Europe, people tend to think about Chinese companies acting as foreign investors, buying European companies in order to gain market access. Many people listen to the news carefully when it is about Chinese companies buying (western) European firms in the high tech sector however, Chinese involvement in strategic infrastructural projects catches less attention amongst the western public.
This is another element of China’s financial involvement which is beginning to be seen more and more clearly in the Central and Eastern European states, yet many of the agreements which have been made between China and the Central / Eastern European countries remain unknown known to the greater public.

Did you know, for instance, that back in 2010 Hungary signed a $5 billion agreement to upgrade the Hungarian transport infrastructure, namely roads and railways, during the visit of the Chinese president? This happened notwithstanding the fact that the European Union was/is spending billions and billions in upgrading its European transportation networks (TEN-T) which also have a focus on the Central and (South) Eastern parts of the EU?

Take the example of Greece: it is unnecessary to summarise all the elements which have led to the current state of affairs. However, a few developments might have caught the interest of supply chain professionals who are thinking about how to redesign the trade flows between China and Europe and vice-versa in order to maintain a competitive edge in the fight for consumers’ money.

Hewlett Packard is one of the companies which started to implement fundamental changes in its supply chain organisation, roughly eight years ago, in particular by setting up a direct rail connection from their inland China-based production facilities towards Europe. Another big change within the organisation was the relocation of their supply chain headquarters from Rotterdam, in the Netherlands, to the Port of Piraeus, in Greece.

At the time many people did not understand what was going to happen. However, from an outside perspective looking into HP, the company had an ambitious plan: to anticipate, and eventually to be, a driving force in the changing trade patterns between Asia and Europe. It planned to do this by re-routing cargo flows between China and Western Europe through the Mediterranean basin, where the Chinese saw the Port of Piraeus was set to play a key role in their future strategy on how to develop and implement a key element of the One Belt One Road initiative.

Interestingly enough, even a few years ago these developments that happened within a member state of the European Union were simply by public opinion as well as in most of the European logistics world. The port of Piraeus and its infrastructure seemed too small and the Greek problems far too big, in total, to make the Chinese’ project to become a strategic investor in the country worth noting in the press or in the board rooms of the big western European port-holding companies.

Things have changed in the meantime. The port of Piraeus has been bought by the Chinese shipping company Cosco who announced a merger, straight after that, with its Chinese counterpart, China Shipping, which made them an important player in the top league of shipping companies.

Interestingly enough the sale to Cosco was triggered by the fact that the International Monetary Fund, as well as EU institutions, were forcing the Greek government to sell off state-owned assets in the attempt to reduce country’s overall debt levels towards its creditors. The tender process took some time and other global port operators were also mentioned as being potentially interested in purchasing this asset.

At the end of the tender process, however, it became clear that none of the port-operating companies that bid for this asset could gather enough commitments from shipping lines (who were fighting their own fight for survival) to make this case a viable investment for the future years to come.

This situation must have looked different to the Chinese consortium, where volume streams would eventually considered more flexible to being re-routed, thus making Piraeus a key element in the Chinese One Belt One Road strategy, serving as a logistics hub within the Mediterranean region.

As a matter of fact, today, Piraeus has become one of the fastest growing ports in the world with a total planned capacity of more than five million TEU (twenty-foot equivalent unit), which is roughly half of the size of the port of Hamburg in terms of container volumes. It should be noted that the growth in volume does not come from growing global trade but rather from Chinese companies deciding to re-route their volumes via the new set-up at the port of Piraeus instead of running them through a range of Northern European ports.

In the end, the example of the port of Piraeus best illustrates what changes we can expect for Central and Eastern European infrastructure projects in the years to come. As I have already said, around a dozen larger infrastructure investment plans have been discussed and agreed upon between the Chinese government and the respective countries, in South East Europe alone. These loan and financing agreements are all more or less located on a line that runs up from Greece to Hungary, somehow illustrating how China sees its approach towards the European markets.

Whilst Hungary has pretty much been the starting point for Chinese money to flow into the Central European infrastructure, Serbia signed a $1.5 billion agreement in June, this year, with the Chinese government to upgrade its road and rail network. Moving across the Central and Eastern European region it can be observed that countries around the Black Sea are rumoured to be in negotiations with Chinese authorities concerning getting infrastructure investments that will help them get connected to the One Belt One Road initiative.

Georgia, is a founding member of the Asian Infrastructure Investment Bank, and has already taken the decision to become connected to the Chinese initiative, by starting implementing plans for 700,000 TEU deep sea port at Anaklia, 25km south of Poti. The port is planned to be operational within the next four years.

Further north, in Eastern Europe, in Belarus, a project called ‘Great Stone Industrial Park’ kicked-off back in 2010, when today’s president of China visited Belarus and initiated talks about the development of a hub located close to Minsk airport and only two and a half hours’ drive from the Belarus-Polish border (consequently the Eastern EU).

The project, which can best be described as a large free trade and investment zone, covers an area of over 90 sq. km and will eventually hold workplaces for roughly 100.000 people. The project is intended to attract local, as well as international, investors to use this location as a manufacturing, trading and distribution hub which is closely ties to the railway corridor that links Europe with China, via the Trans-Siberian route.

It could be said that the Chinese government’s ambitions to revitalise the ancient trade routes between China, the Middle East and the Mediterranean, as well as Europe, have become more visible over the past years although we are still at the beginning of this decade long implementation plan. EU member states should be looking at all these initiatives with a view to how Europe could profit from the developments without giving away its strategic assets, namely its key infrastructure and without having had in-depth consultations on how to benefit from increased the Chinese spending in global infrastructure projects. What is Europe’s response to that?

Frank Schuhholz is a logistics expert and the founder of FMS Advisers. He holds a double degree in International Management. He started his career with Hellmann Worldwide Logistics. In 2003 he became Head of Logistic Services at DB Cargo headquarters in Mainz. In 2010 he became managing director of ERS Railways B.V., Rotterdam. In June 2016 he founded his own company, FMS Advisers B.V. headquartered in Den Haag, NL. A key focus area for him is the Chinese One Belt One Road initiative, which links China and other Asian countries with Europe where he advises companies on how to link Asian with European markets.