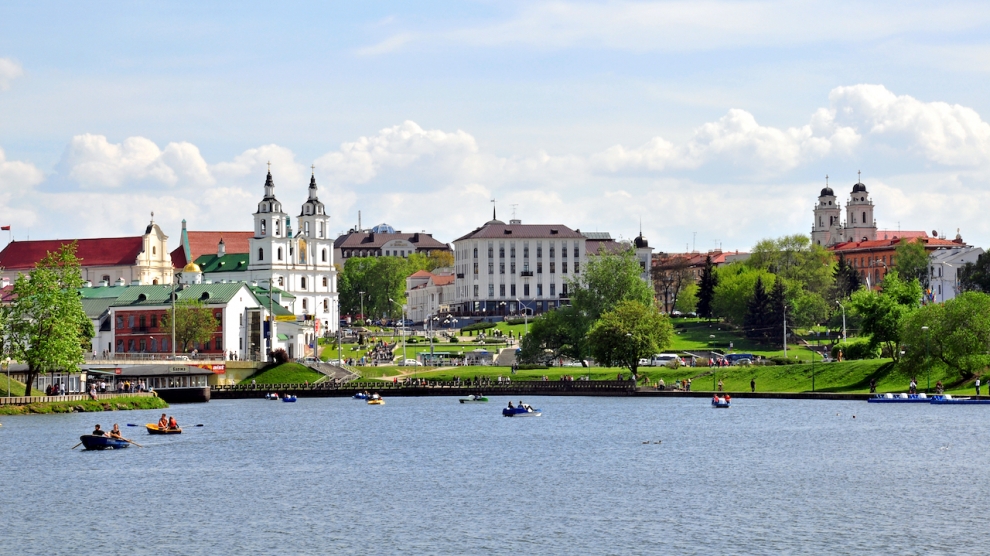 The Economist Intelligence Unit (EIU) expects the Belarus economy to recover, only weakly in 2017-18, by just above 1 per cent, on average, from the protracted recession of 2015-16 which was Belarus’s first in 20 years. A modest rise in global energy prices, lifting Russian growth, will see the recently redenominated Belarusian rouble appreciate in 2017. This will encourage further disinflation, combined with weak domestic demand growth—although the rate of inflation will remain high in comparison to international figures.

The main question facing Belarus is whether it is capable of undertaking the sort of market-oriented structural reforms that are needed to raise export competitiveness, thus opening a path to the stabilisation of public finances. In the past, periodic fiscal crises have exposed the country to financial destabilisation and have forced a reliance on external funding.  On balance, the EIU doubts that such reforms will actually happen once economic recovery reduces their urgency.

There is little doubt that price liberalisation, greater privatisation and enforceable private property laws are among structural reforms that would change the incentives faced by economic actors. This would occur in ways that could spur competitiveness and innovation, raise export earnings and economic growth, as well as public and private incomes; relieve the strain on public finances and reserves and help to reduce the economy’s exposure to recurrent balance-of-payments crises.

Recent developments have shown that the government is tentatively trying out market-style reforms, while some specific features of the economy suggest that it is in a good position to benefit. The switch to a currency float, alongside the rise in world energy prices, has already helped to support the currency and to raise reserves. The government has liberalised some prices, cut some subsidies and raised some tariffs, in line with the latest rapprochement with the West.

Moreover, Belarusian wages are low in comparison to international standards and official corruption is low compared to neighbouring regions. Put alongside a good educational system and a long industrial history, these factors should make Belarus relatively attractive to foreign investors. The EIU also suggests that foreign investment and know-how could deliver gains to productivity and living standards. The sectors that are often picked out for special mention in this regard are logistics and IT.

However, the international outlook is unpropitious. We expect Brexit, and other political and economic challenges in Europe, to hold EU growth back in the period 2017-21, at an annual average of 1.4 per cent. In Russia, real GDP growth will be limited to an annual average of 1.3 per cent, over the next five years, by debilitating structural hindrances, a poor business environment, low investment and political uncertainty.

In 2018, we expect a “hard landing” in China, as the government attempts to rein in private debt by deflating the credit bubble. In the following year, the damage to confidence from an abrupt Chinese slowdown, alongside a tightening of US policy to coincide with the end of the business cycle, will lead to a mild recession in the US. This means that for emerging markets, such as Belarus, foreign demand growth in key markets, FDI and remittance inflows, as well as in aid, are likely to be much weaker than for those economies which have undertaken similar reforms earlier.

Political and geopolitical factors are likely to impede much-needed structural reforms even once a weak economic recovery is achieved. The old “social contract” of borrowing to boost wages and political support, followed by financial instability and then economic policy tightening, no longer appears viable. In particular, falling living standards and rising unemployment could generate social unrest. However, strong aversion to change within Belarus’s political system is an impediment to undertaking the necessarily disruptive political and institutional changes needed to see through substantive economic reform.

In Belarus’s case, factors that militate against this include a weak opposition and a “conservative” political culture that has probably been reinforced by the demonstration effect of events in Ukraine.

Empirical evidence suggests that authoritarian regimes are among the most stable. Moreover, the recent experience in Ukraine, and Russia’s annexation of Crimea, will continue to have a chilling effect on any democratising or liberalising reforms in Belarus. The chances of Belarus moving decisively in the direction of reform appear small, as long as the Putin regime remains in charge in Russia. For these reason, the EIU sees the regime muddling through with economic performance remaining suboptimal.

David Dalton is an analyst at the Economist Intelligence Unit covering Ukraine, Belarus and Poland.

Italy and Belarus: A Relationship Based on Complementarities and History
While the EU Makes Plans for CEE China Makes Investments
Comment