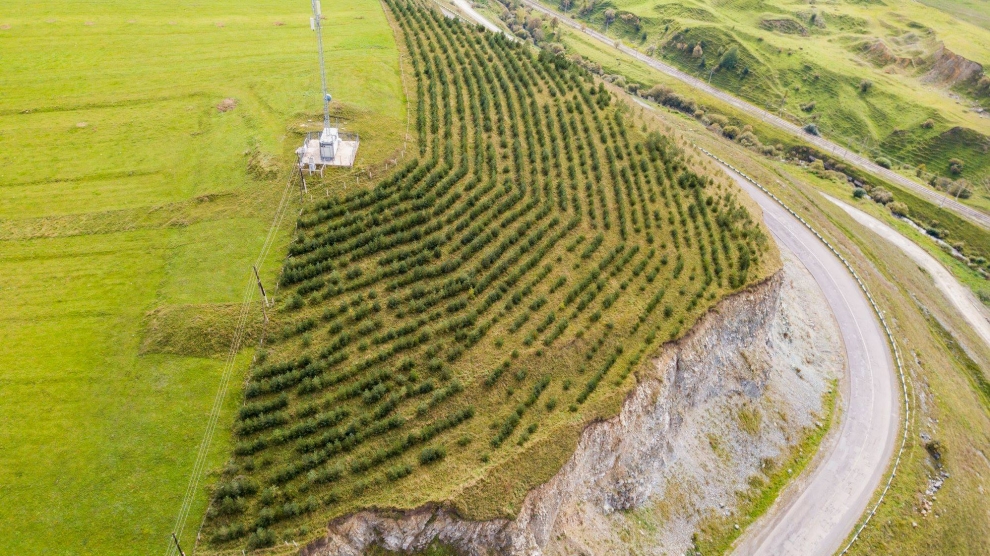 Over the past 25 years, the Armenia Tree Project (ATP) has mastered the art of growing and planting healthy trees in Armenia, and honed its ability to sustain and propagate the country’s natural resources.

With millions of trees and hundreds of jobs established across Armenia, the organisation recently announced plans to celebrate its continued growth with series of events.

Founded in 1994 by activist Carolyn Mugar, the ATP has furthered Armenia’s economic and social development by restoring more than 5.7 million trees across the country and creating hundreds of jobs through tree-related programming.

In celebration of the 25th anniversary, several events will expand the group’s reach as it highlights its success to date. In October, ATP will co-host an inaugural conference in Yerevan for local, regional, and global leaders in forest restoration. Forest Summit: Global Action and Armenia, will take place at American University of Armenia’s Acopian Centre for the Environment from October 20-23, 2019.

“The year ahead is shaping up to be a very exciting time in our organization’s growth,” says Jeanmarie Papelian, executive director of Armenia Tree Project. “We are proud of the progress that we’ve made thus far, and the benefits that our trees have provided to the people and ecology of Armenia. We’re excited for the work that lies ahead, and the partnerships and people that will join us as we go.”

Also in the autumn, the organisation will celebrate the planting of its six millionth tree in Armenia. In the US, the group is planning a series of receptions around the country for supporters to share in their passion for the organization.

“Much of our support over the past 25 years has come from the generosity of the Armenian-American community, with several notable exceptions including donors in Europe and Armenia,” added Papelian. “Through our large and small events in 2019, we’ll celebrate the successes we’ve enjoyed thus far, and our bold visions for the future, and we’re thrilled to get started.”

The decline of Armenia’s forest cover was caused by many factors including unsustainable logging, use of wood as fuel for cooking and heating, the blockade of the 1990s by Armenia’s neighbors, deforestation by the mining industry, and climate change. Erosion, habitat loss, and diminished supplies of clean water are consequences of a low level of forest cover.

“The level of deforestation in the 1990’s meant the landlocked country of Armenia was on a troubling trajectory toward desertification before ATP stepped in and began to reforest the country,” explains Ms Papelian. “Through education and reforestation, ATP remains busy with reversing the trend.”