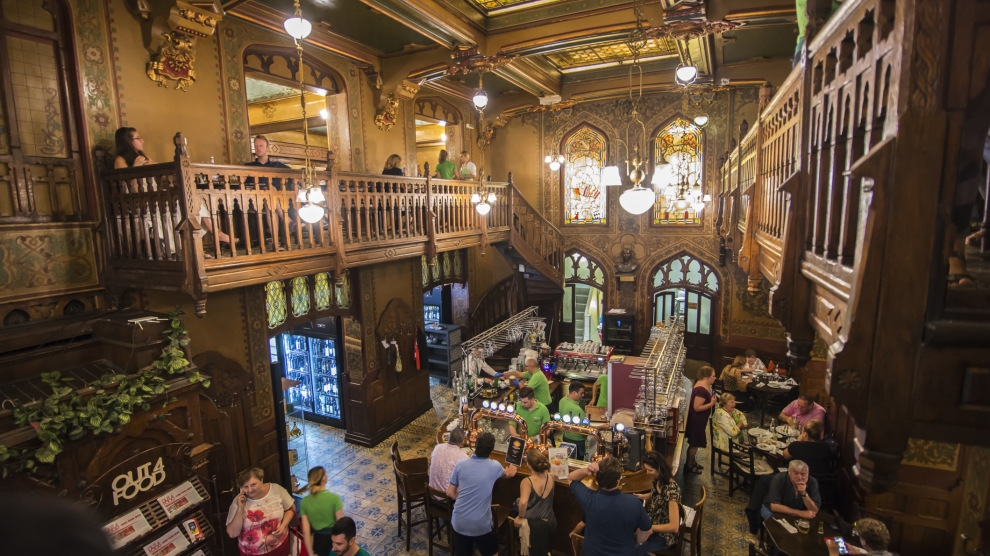 Amidst a sea of often wildly inaccurate and turgid rubbish churned out by hacks eager to make a quick buck in the wake of Romania’s 1989 revolution, one of the few genuinely readable accounts of Romania at the time was that which appeared in Robert Kaplan’s excellent Balkan Ghosts. A sweeping tour of the entire Balkan peninsula Balkan Ghosts was ironically limited by the sheer breadth of its overall scope: each country, including Romania, gets just a chapter or two. So vividly written was it that you were left wanting a lot more, as it was clear Kaplan had further insight to add.

In Europe’s Shadow (subtitled Two Cold Wars and a Thirty-Year Journey Through Romania and Beyond) puts Romania centre stage and we at last get to find out what else Kaplan has to say about the country we call home. While Kaplan doesn’t have as much to say as we’d perhaps as liked or expected, his main premise, that Romania must rediscover its past before it can have a future, is valid. 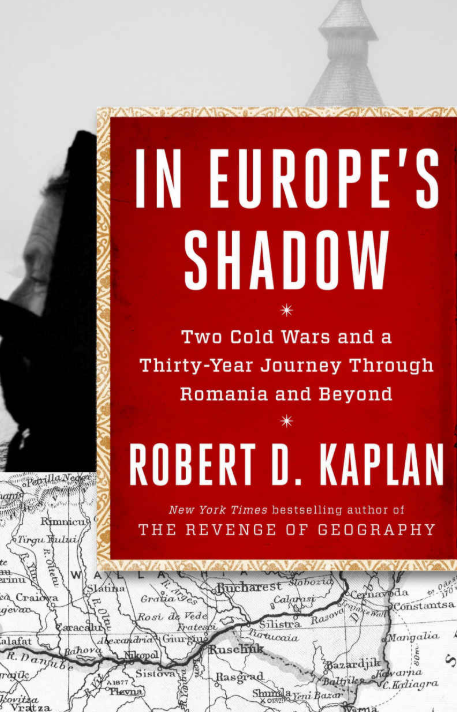 Neither a conventional history nor a travelogue In Europe’s Shadow tries to look at Romania’s past, present and future through the prism of those who matter most: its people. Admirably, Kaplan is not the kind of author to sit in his hotel and pass judgement on a country he barely understands. Kaplan has visited Romania many times since the 1970s and clearly knows a thing or two. He also gets out and about, interviewing some key political figures, including former president Ion Iliescu, former foreign minister Mircea Geoana and former prime minister Victor Ponta (indeed, Ponta was in office at the time the book was written).

Kaplan does have a habit of reporting the words of a string of nameless ‘friends’ and ‘companions’. We are not for one moment suggesting Kaplan has made these people up, just that sometimes it all appears a little too convenient to have a companion standing by with the perfect quote to complement your own train of thought.

Indeed, convenience is a theme of the book. In one instance we are even told how the customers in a Iași (which he throughout refers to as Jassy) cafe are talking in Italian and French, immediately after Kaplan has learned about how well Romanian students absorb foreign languages.

The book is at its best when looking back at the Romania of the 1970s and 1980s. Kaplan’s description of the (in)famous restaurant Caru cu bere (pictured above, once known for awful service but now a much more agreeable place under new owners and management) circa 1985 is marvellous:

“A Romanian sausage house founded by a Romanian from Brașov was back in those Cold War days terrorised by fat, begrizzled waiters who ignored you for half an hour until they slammed a plate of sausages (mititei, or “meech”) on your table with mustard and watery beer. Little else was on the menu. The dark and sumptuous wooden interior with its stained glass windows was a tub of cigarette fumes and body odour. Women were rare.”

The chapter on Moldova is also rather good. Describing Chișinău as a city where “the women dress with elegance but the men look like slobs” is little short of genius.

Kaplan also succeeds in writing perhaps the clearest and most succinct summary of the fascist Ion Antonescu regime we have ever perhaps read. We also smiled when we discovered that his view of the Legionnaire Movement matches ours: pseudo-religious terrorist fanatics who were to Christianity what Isis are to Islam. He then blots his copybook by interviewing the notorious historian Neagu Djuvara (a leading Legionnaire idealogue in the 1930s who, although he publicly disassociated himself from the Legionnaires in 1943, continued to fill a a number of roles in Antonescu’s government). Kaplan has sympathy for very few Romanian historical figures, with one notable and worthy exception: Iuliu Maniu, the liberal colossus who died at Sighet prison in 1953, and who he rightly identifies as the 20th century’s greatest Romanian.

As is so often the case with American writers, there is something of an air of snobbish superiority running through the book, although it’s slightly more forgivable coming from Kaplan, a man of rather humble background, than it is from certain others we shall not bother to name. Kaplan also fails to reach any real conclusion about where Romania, as a country, is bound (beyond the fact that the country needs to rediscover its past). He at times appears absurdly optimistic about Romania’s future, while just a page or two later he views the country as irretrievably fatalist and superstitious, condemned to be poorly led forever. After the events of the last 12 months or so we are inclined to agree with the latter premise.

In Europe’s Shadow can be purchased here.