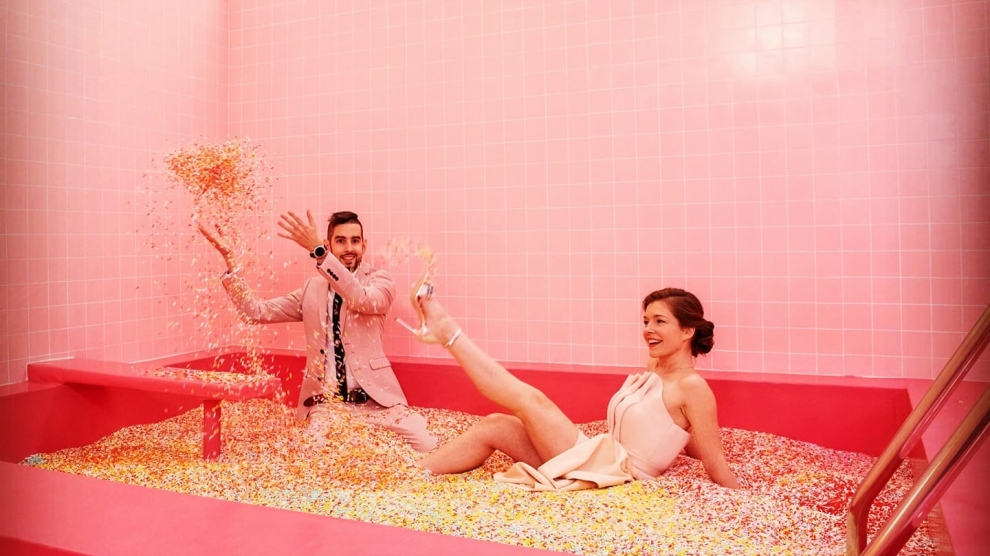 What’s cuter than a selfie with a kitten? A selfie with food, better if sweet. The hashtag #food has reached 350,711,340 posts on Instagram, while the hashtag #sweets has more than 20 million posts. Some of them are better-looking than others. But what if we could all take the perfect shot?

Over the past few years taking selfies has become such a habit that two Hungarians have founded the first European selfie museum, which opened in Budapest last December.

“The Museum of Sweets and Selfies is a brave business which has a single, but simple goal: to smuggle some sweets and cheerfulness into people’s everyday lives,” said the founders, Lilla Gangel and Balázs Koltai.

“Many people ask us how one should imagine this, but what we just say is that there are some things that cannot be described by words, they must be experienced. The Museum of Sweets and Selfies is such an experience,” they continued.

Mr Koltai had the idea during a meeting in the United States where, for the first time, he heard of the American Museum of Ice Cream, an interactive ice cream and candy-themed exhibition which is very often used as a background for selfies.

“In the world of social media (Facebook, Instagram), I thought it was an absolutely viable idea,” he recalled.

In only six months, almost 30,000 hashtag-addicted visitors, aged between 13 and 30, have posed with pink palm trees and frolicked in multicoloured sprinkle baths. The 400 square metres facility is made up of two floors with 11 interactive installations, including a ride on banana swings, a climb on a unicorn, and seats on giant macaroons. The only limit is the visitor’s imagination.

“We play with shapes and colours, and try to push people’s boundaries and let their creativity bloom,” Mrs Gangel added. “Here you can stand out from the crowd, perhaps by finding a crazy new perspective like an aerial photo, or by playing with the quirky props. There are more and more places on the internet where you can share photos, we’re living in this type of world now, whether we like it or not.”

The tour of the museum lasts 90 minutes but for all those who don’t have time, the Selfie and Sweets Museum offers smaller installations inside of the free-to-visit adventure confectionery shop, where visitors can taste cookies, cakes, cupcakes, drink coffee and tea and, of course, take selfies.

The Museum of Sweets and Selfies in Budapest, Hungary, is open daily from 10am to 8pm. Find it at Paulay Ede utca 43.