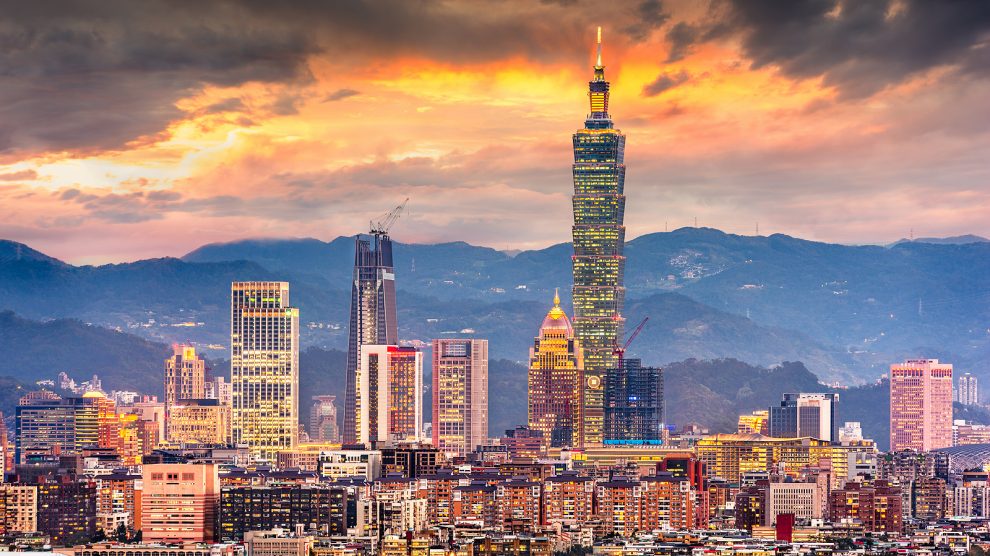 Over the past year several countries in Central and Eastern Europe have developed new or bolstered existing partnerships with Taiwan, which are now expanding beyond economics and politics into the world of culture.

Heart-shaped displays of the flags of Czechia, Lithuania, Poland and Slovakia, alongside those of Japan and the United States, recently lit up the night sky of Taiwan’s capital Taipei as part of its ongoing annual Lantern Festival.

The display, which was achieved using 1,500 drones instead of traditional fireworks, also featured the Taiwanese flags and the words “Thank You”.


According to the organisers of what is one of Taiwan’s largest celebrations of the year, the purpose of the show was to express gratitude to the nations which assisted the island’s population with Covid-19 vaccines.

The reaction of officials in mainland China was predictably hostile, and revealed fears that this show of gratitude goes beyond vaccine diplomacy.

The Global Times, the Chinese Communist party’s tabloid publication, accused the festival display of promoting the idea of an independent Taiwan to both local and international audiences.

“It is basic etiquette to thank the democratic and friendly nations who donated vaccines to Taiwan during the pandemic,” Lee Yu-chen of Taiwan’s Statebuilding party said in response.

According to Rudolf Fürst of the Asia Pacific Unit of the Prague-based Centre for the Study of Global Regions, the display was is fact another example of already excellent cultural ties some countries in Central and Eastern Europe have with Taiwan.

“Taiwan’s culture is attractive by its modernity, exoticism, liberalism, and real democracy. This makes it a strong player in competition with the PRC,” he adds.

While Fürst explains why people across CEE have grown to have an increasingly favourable view of Taiwan, Wei-chin Lee, professor of East Asian International Relations at Wake Forest University in the US, argues that the same process can be observed amongst the Taiwanese.

“It is undeniable that the vaccine donations by these CEE countries, China’s tense reactions, and other related diplomatic issues had made Taiwanese more familiar with the history, people, and society of CEE countries and vice versa than before. If inter-state cultural relations require time and effort, then the event was surely one small positive step,” Lee tells Emerging Europe.

“Indeed, it seems that prior to 2021, few in Taiwan would have been able to identify many (if any) of the Central and East European countries. Yet this appears to be changing as a result of the bolder and more open attitude to Taiwan among some of the CEE states,” adds Emilian Kavalski, professor of the International Relations of East Asia at the Jagiellonian University in Kraków, Poland.

Much more could be done

However, Czeslaw Tubilewicz, an expert on Taiwan’s relations with Europe, working at the University of Adelaide, Australia, argues that the island powerhouse needs to do more in order to deter Chinese attempts to establish its own cultural presence in Central and Eastern Europe.

“For decades, Taiwanese diplomacy focused on the US and Japan and left Europe, and particularly Eastern Europe, relatively neglected in all ways, including cultural exchanges,” Tubilewicz tells Emerging Europe.

Now, the results of this neglect are visible in the success of mainland China in establishing Beijing-controlled institutes of Chinese culture.

“Beijing — partly through Confucius Institutes, but also through the 16+1 framework in East Central Europe – is making a significant push to render cultural exchanges and cooperation institutionalised and highly visible,” he points out.

According to Tubilewicz, these include numerous Confucius Centres and cultural centres across Europe, hundreds of scholarships that the Chinese government gives away to students from Europe each year, formal cooperation with European print and electronic media, and the increased presence in the Chinese language media sector in Europe.

As mutual awareness and even fondness between the people of Taiwan and Central and Eastern Europe develops, it fosters an environment that could counter Beijing’s efforts to spread its own sanctioned version of Chinese culture across the CEE region.

“For me, cultural exchanges will be crucial in framing the future trajectories of CEE-Taiwan relations,” Kavalski tells Emerging Europe, adding that, “cultural exchanges offer a low-cost long-term public diplomacy strategy for countries such as Taiwan.”

Tubilewicz points out that such an approach would, “deny the Chinese state and non-state agencies’ exclusive right to define cross-Strait relations as China’s domestic affair.”

The scholar points out that Taipei is already acting to increase its cultural presence in Europe by dedicated funding to selected European universities and associations in order to promote Taiwan Studies, as well as some scholarships for European academics and students to study in Taiwan.

According to Kavalski, there is much more that Taipei could do at present in order to take full advantage of the current momentum.

He makes an argument that it could easily draw on its experience with the Taiwan Fellowship programme, which has put it on the map of global academia and its Southbound Policy initiative, which has managed to establish Taiwan as a viable economic partner in a number of Southeast Asian countries.

“If Taiwan would like to ensure the longevity of the “CEE effect” beyond 2021 – it has to develop a dedicated initiative which engages the CEE countries both culturally and economically,” he says.

“Many forms of cultural exchanges do not require significant funding as they could be self-financing (through ticket sales for example), but some governmental support is needed to render Taiwan more visible in Europe’s cultural landscape and Europe (including CEE) in Taiwan’s,” says Tubilewicz, turning the attention to what leaders and policy makers in CEE can do to improve cultural ties between the two sides.

“It has to be acknowledged that very few – both among the public and, especially, among the political elites – in the CEE region have nuanced (or much) knowledge of Asia as a whole, let alone about the complexities of cross-Strait Relations,” argues Kavalski.

But he is certain that,“cultural exchanges can provide a meaningful way for redressing the knowledge gap about Asia as a whole and Taiwan, in particular, in the CEE region.”